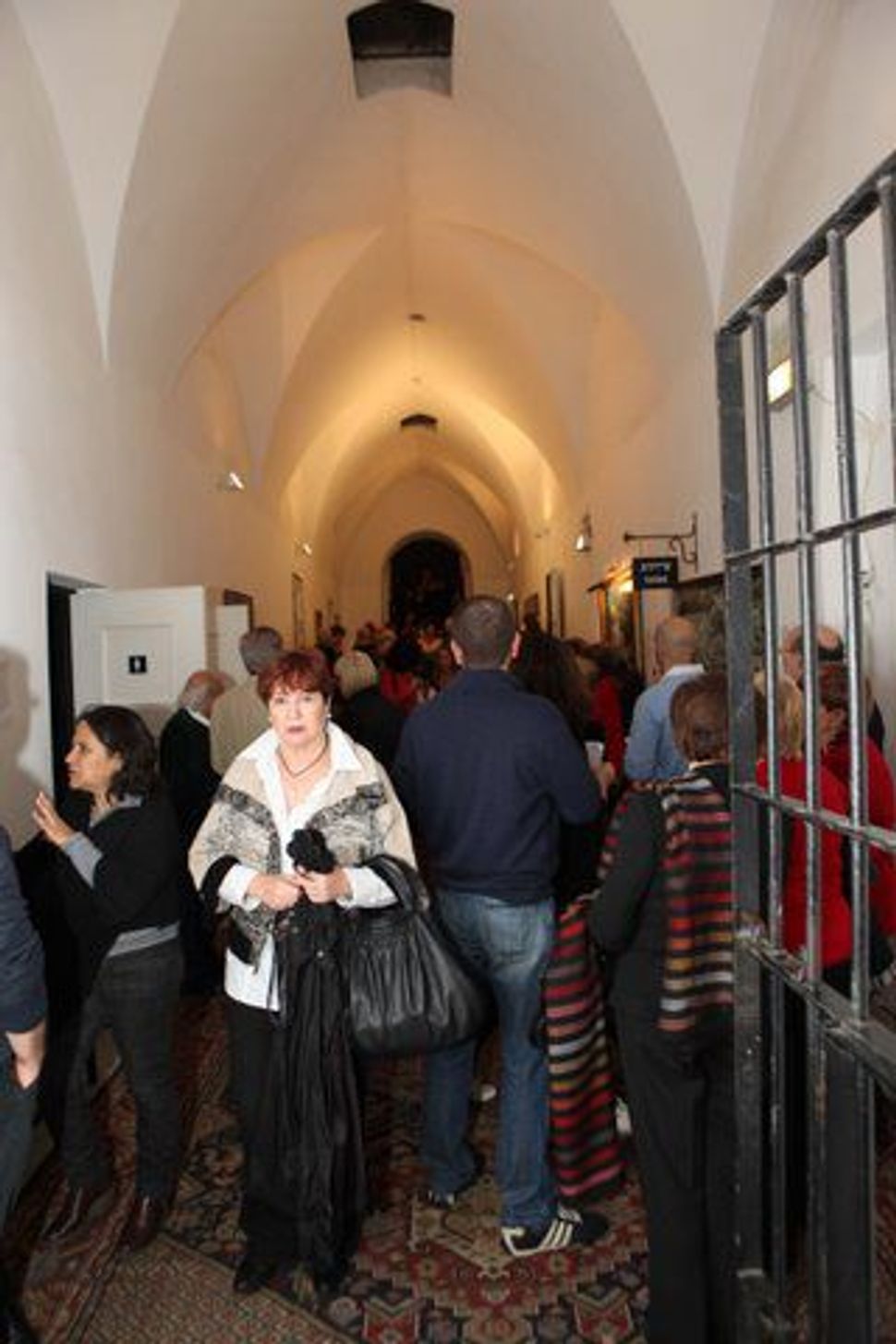 Theatergoers await tickets for a production of ?Alma? in Jerusalem (Photograph by Noam Moskowitz)

It’s more than a peculiarity that the people of a nation whose survival has defied the odds, who made good on the promise of making the desert bloom and who invented the Pentium chip, still find it impossible to form an orderly queue. In the eight years since I was last in Israel, there has been an exodus of secular Jews from Jerusalem, a thoroughgoing modernization of the country’s transportation system and a paradigm shift in the peace process, leading to the building of the security barrier. The most radical change of all, though, is in the post office’s recent implementation of numbered tickets — and the resulting peace, order and resignation among its customers. 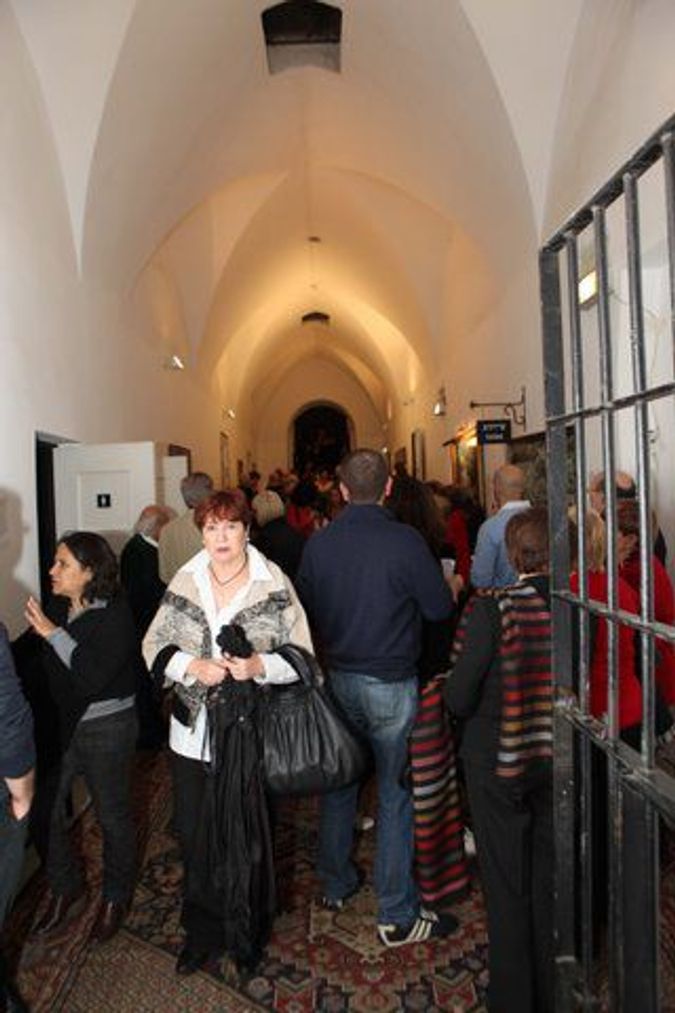 Theatergoers await tickets for a production of ?Alma? in Jerusalem (Photograph by Noam Moskowitz)

A more usual scene unfolded for me as I arrived early at Jerusalem’s Central Bus Station to catch a bus to Haifa. I sat next to the advertised gate, first in line. Over the next 40 minutes, soldiers, smokers and hairy-chested men with body odor walked past me, out the door, to surround the parking bay where the bus would arrive. This, by Israeli standards, was normal, and, though chagrined, I expected it. When the bus and driver arrived, though, there was a problem with the onboard ticket machine. Although this problem was eventually resolved, we had unpacked the baggage before the resolution. So all those people who had shoved to the front of the regular line shoved their way to the trunk, then pushed to the bus door, then (broken machine) to the trunk again, then to the bay, then (machine fixed) to the trunk and, finally, to the bus door.

This was highly skilled line-jumping from a nation that has incorporated Middle Eastern manners, army self-defense techniques and a socialist distrust of hierarchy into an entirely new martial art. Practised by everyone from diminutive grandmas on kibbutz to tank commanders refusing to wait for coffee, it’s Israel’s true national sport. That morning at the bus station, I felt as though I was observing early training for the line-cutting event at the London Olympics.

And this national character flaw is probably the fault of the British. (Isn’t everything?) Having inculcated a deep queueing ethos in our empire, we Brits tried to impose the same value on the peoples of the Palestine Mandate, only to be met by military opposition and the social terrorism of anti-queueing. Eva Illouz, a sociologist at the Hebrew University of Jerusalem, speculated in an e-mail exchange with me that, among other reasons (respite from the army, a lack of civic trust), “a queue is viewed as a game of cleverness, ‘how the little David can bypass the Goliath-crowd of people.’ It has to do with an ethos of ‘irreverence’ (irreverence being thought of as cleverer, and more creative).”

That may indeed be the case. At the International Writers Conference at Mishkenot Sha’ananim in Jerusalem, Anglos walked away upon hearing that tickets were sold out, and Israelis just entered without tickets. But pity the Continental Airlines staffers at Newark, N.J.’s airport, who, upon announcing the boarding of business class to my flight, were greeted with an instant mass surge of passengers from the waiting area. So tightly bound and so broadly arrayed was the crowd that none of the 20 people who had actually been called to board could get through. Perhaps, in this case, the playful Davidic irreverence was a test: Could the business-class ticket holders prove their worth by finding a way through?

So, perhaps more than gross domestic product, high-tech industry or Oscar-worthy films, orderly waiting for postal services will be Israel’s ticket to first-world acceptance. Of course people still wander up to clerks and ask to “just buy stamps,” but now those clerks can point to the high-tech number screens with the same dismissive rudeness employed by clerks worldwide. All that remains now is for Israel to invent a proper word for “queue.”