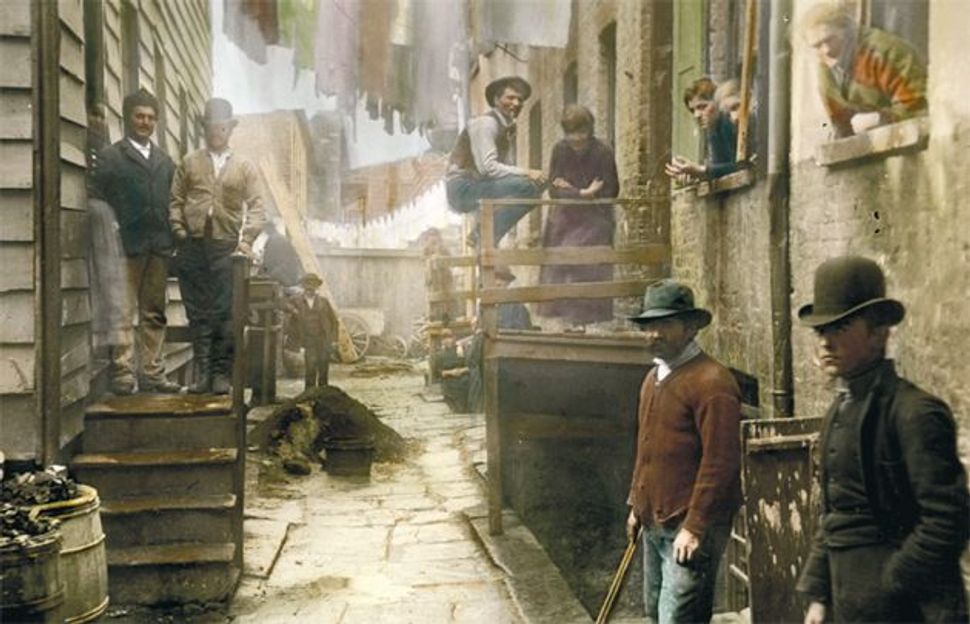 Bandits and Bubbes: Riis?s famous 1888 picture displays the menace and domesticity of downtown New York at the end of the 19th century. Image by ?BANDIT?S ROOST,? MUSEUM OF THE CITY OF NEW YORK, JACOB. A RIIS COLLECTION

We spent about half an hour together, and we didn’t like each other. To me, Riis seemed like a person with outdated notions. At the same time, I felt that I made a bad impression on him with the opinions I expressed in the course of our conversation about literature and politics. I saw that he didn’t like my socialism much, and even less my low opinion of certain American writers. I felt that he considered me a pretentious young man. But he treated me courteously, and he showed me and explained everything related to my work.

He introduced me to the reporters from the other newspapers and to all the officials at Police Headquarters, from the Chief of Police to some of the clerks.

The duties of a police reporter had a two-fold character: One part of the work was connected to the police itself — to the “politics” among the officials, or related to them. If, for example, new people are appointed to important posts, if inspectors or captains are sent to new places, if somebody receives a promotion or a demotion, if somebody is punished for a mistake or a crime — the police reporter has to report all that in the newspaper. The second part of the work consists in paying attention to the police bulletins and reporting the various sensational events announced in them: a murder or another major crime, a suicide, a tragedy, a fire — the reporter has to make news from every unusual event in the life of New York that is reported in Police Headquarters. If necessary, he needs to zip down to the place where the event took place, examine, question, research and describe; or call the editorial office so that the city editor can send another person there. Chiefly, the second part of the work interested me, but the first part did also. Everything interested me.