Name Game: How Traditional Is The Conservative Movement? 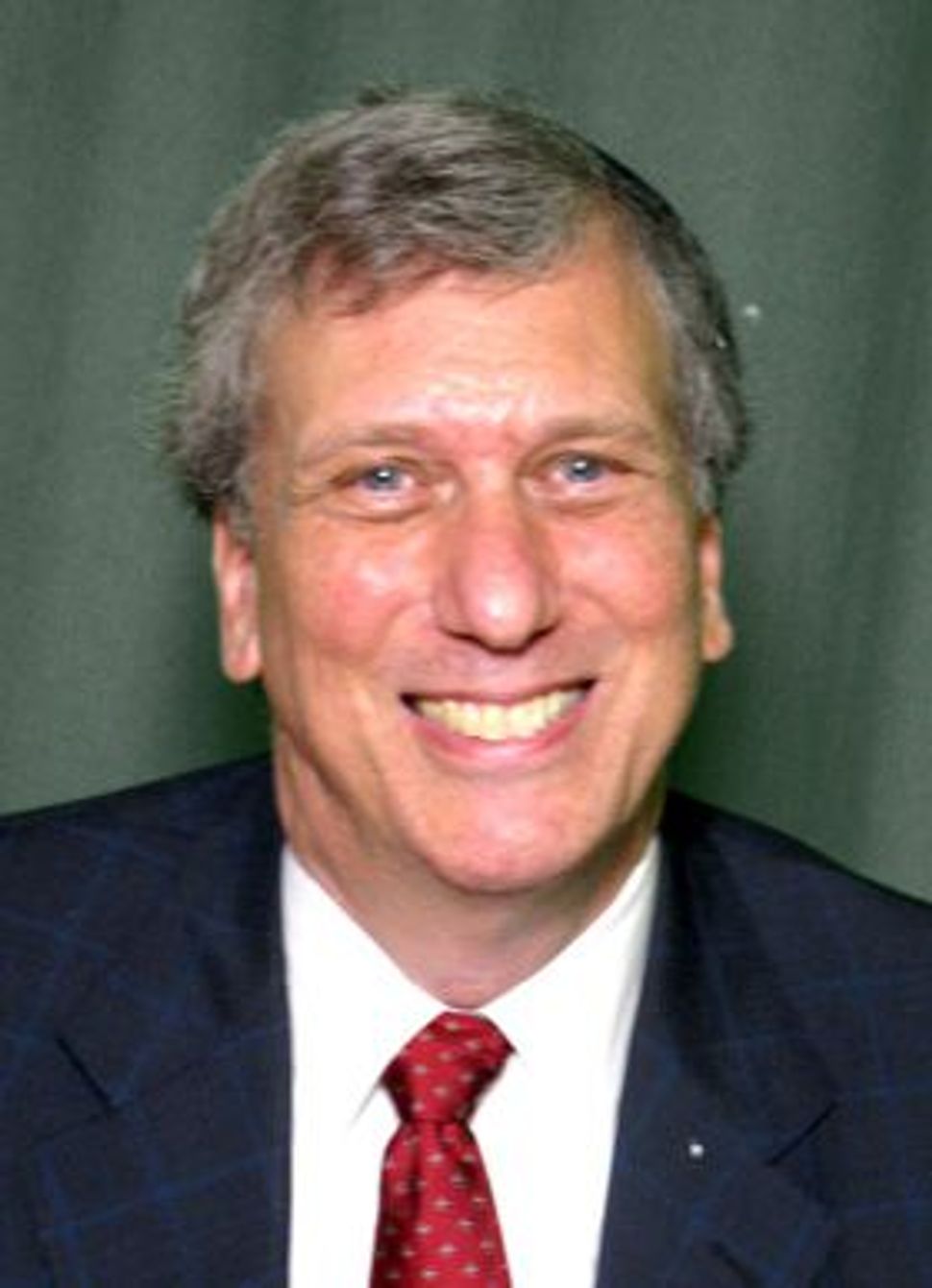 Chancellor: Arnold Eisen during a visit to the Forward. Image by NADJA SPIEGELMAN

Lately, that age-old question has become a burning issue for leaders of Conservative Judaism. 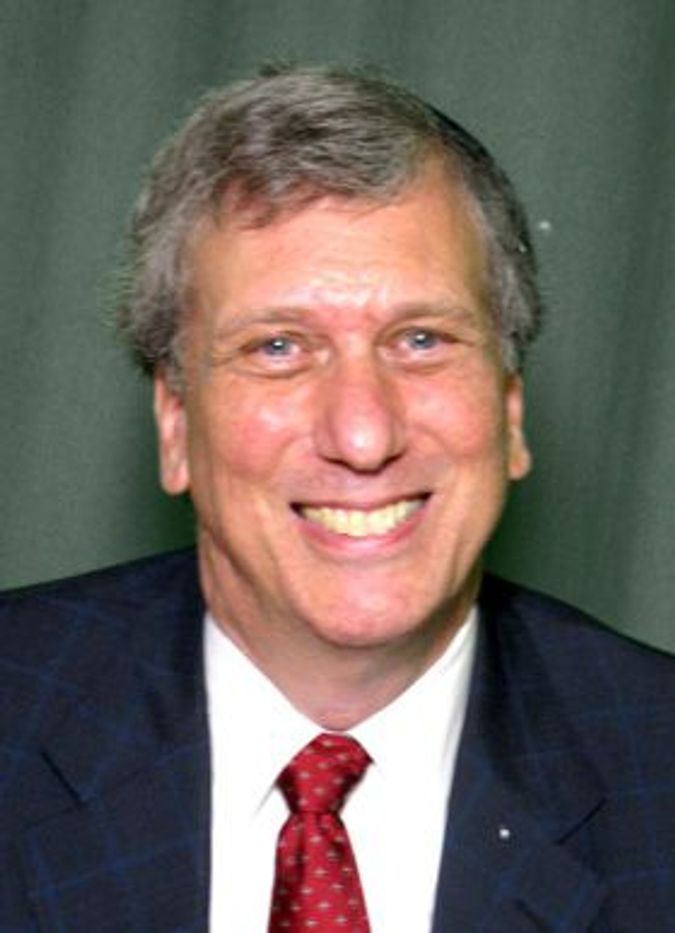 Chancellor: Arnold Eisen during a visit to the Forward. Image by NADJA SPIEGELMAN

Once the largest of American Judaism’s denominational streams, the movement today, though still significant, faces declining membership, financial difficulties and confusion about what it stands for. The confusion is in part a result of lost distinctions as Conservative Judaism has joined Reform, now the largest stream of Judaism, in adopting egalitarian practices and accepting women and gay and lesbian Jews as rabbis.

At a July 22 meeting with Forward editors and reporters, Arnold Eisen, chancellor of the Jewish Theological Seminary, which has long been regarded as Conservative Judaism’s flagship academic center, acknowledged that the movement’s name is now being debated, along with much else, among its leaders.

“I’m open to it. I’m open to it,” Eisen told the journalists when asked about the possibility of a name change.

Leaders of Conservative-affiliated organizations want to find a name that will better capture what they want the movement to represent, he said.

“The leading candidate right now, I think, is just to go with the name ‘Masorti,’ which captures things better than the word ‘Conservative’ captures them. So I am open to suggestions; I am open to a name change,” Eisen said.

Masorti, the Hebrew word for “traditional,” is how Conservative Judaism is known outside North America. But in a country as deeply resistant to unknown foreign coinages as America is, would the word communicate a meaningful message to its intended audiences, both Jewish and non-Jewish?

We at the Forward decided to solicit suggestions from a wide range of people as to what new name they think the Conservative movement ought to adopt, if any. The responses ranged from the comic to the cosmic.

“It should be called the ‘I Eat Treyf Outside the House’ movement,” said comedian Judy Gold, speaking for the comic end of the spectrum. Gold, who belongs to a Conservative synagogue in Manhattan, said that the denomination “is definitely suffering from middle-child syndrome” as it struggles to restore vitality to the space between Reform and Orthodox. “It’s the Jan Brady of the Jewish world, and everyone’s always saying ‘Marcia, Marcia, Marcia.’”

When Gold mentions her Conservative affiliation in her act, “you can see people’s heads exploding” because they think she means that she’s politically conservative — something the lesbian single mother of two is decidedly not.

This growing misunderstanding of the name “Conservative movement” is proving a problem for rabbis, as well.

“Twenty years ago, when I introduced myself as a Conservative rabbi, people understood. But now they think I’m defining my political or theological stance as opposed to just labeling my denomination,” said Rabbi Nina Beth Cardin, director of the Baltimore Jewish Environmental Network. “This is a real issue. Now I simply introduce myself as a rabbi, not a Conservative rabbi, and that’s harsh.”

“There is no doubt that we need a name change,” she continued. “Why define ourselves now, over 100 years after the fact, against that which we were separating from? We should have a more dynamic title, not a reactive title.”

In contrast, Rabbi Avi Shafran, director of public affairs for the fervently traditionalist Orthodox group Agudath Israel of America, urged that the Conservative movement “not change its name, which is an important reminder that its foundational raison d’être was to conserve Jewish observance in the face of Reform.”

The Conservative movement grew from the Positive-Historical Judaism school of thought, born in mid-19th-century Europe as a response to the Enlightenment’s impact on traditional Judaism. In the United States, the nascent Reform movement celebrated the first graduating class of Reform rabbis at Hebrew Union College-Jewish Institute of Religion, in Cincinnati, by serving shellfish at the infamous “Treyfa Banquet” in 1883. Two years later, Reform leaders formally rejected observance of Jewish ritual. This moved more traditional Jews to create the Jewish Theological Seminary, and later the United Synagogue of America, to “conserve” the heart of Jewish tradition while taking an academic approach to Jewish study and integrating contemporary values.

Rabbi David Wolpe, spiritual leader of Los Angeles’s Conservative-affiliated Sinai Temple, has long thought about the issue, and at the Rabbinical Assembly convention a few months ago, he suggested that the movement now be called “Covenantal Judaism.”

It should be “Covenantal Judaism” because “it should be about relationships — between Jews, Jews and the non-Jewish world, Jews and God,” he told the Forward.

Rabbi Shaul Magid, a former JTS professor of Jewish philosophy who is now a professor of Jewish studies at Indiana University, proposes that the movement now be called “Historical Renewal,” to reflect both its roots and its desire for spiritually focused growth.

“Conservative Judaism wants to see itself as a movement of ‘renewal.’ It should own that. And it should own that Jewish Renewal is a natural and productive outgrowth of Conservative Judaism — even as it may still acknowledge that Renewal goes too far,” he said, referring to the small, mystically oriented movement led by Rabbi Zalman Schachter-Shalomi that goes by that name. “The Conservative movement has always put ‘history’ at its center. It should reaffirm this, even as our understanding of history may change.”

Rabbi Charles Simon, executive director of the Federation of Jewish Men’s Clubs, put forward the idea of adopting the Masorti name several months ago, at a meeting of the heads of Conservative institutions, he told the Forward. The name “is working in other places” outside North America, he said. “It’s an easy thing to change; it just takes commitment on the part of the organizations to figure out how to implement it.”

“We all agree that it should change, but I don’t know what the answer is,” said Cory Schneider, international president of the Women’s League for Conservative Judaism.

But Rabbi Steven Wernick, executive vice president and CEO of the United Synagogue of Conservative Judaism, said that this is not the time for his movement to be discussing a name change.

“At this juncture, it is a distraction from the work that’s directly in front of us. A name change without reprioritization of the messaging of what it is the movement wants to accomplish, I’m not prepared to have that conversation right now.”

“Our movement needs to say, ‘Let others worry about the label, we’re going to worry about the product,’” Artson said. “As long as Jews are really learning to love God, Torah and mitzvoth in a modern, dynamic way, then we’re winning.

Branding guru Rob Frankel, owner of the Los Angeles marketing firm RobFrankel.com, argued that there was no point in changing the Conservative movement’s name if the movement does not first decide what its essential message is.

“How could you possibly name something without having a brand strategy first? If you can’t articulate what you’re trying to provide, how can you come up with an identity?” said Frankel, whose family was affiliated with a Conservative synagogue for decades. A few years ago, he did local research and found that while the average length of membership in Conservative synagogues used to be 20 to 25 years, now it is just three years.

“There is no brand strategy at the Conservative movement, which is one of the reasons why they’re struggling,” he said.

Then again, if the denomination decides to go in a radically different direction, it can always borrow from another successful brand. According to Aaron Freeman, co-author with his wife, Sharon Rosenzweig, of the soon-to-be-published “The Comic Torah,” Conservative Judaism should re-dub itself “Britney Spears.”

Debra Nussbaum can be reached at dnussbaumc@forward.com

Name Game: How Traditional Is The Conservative Movement?