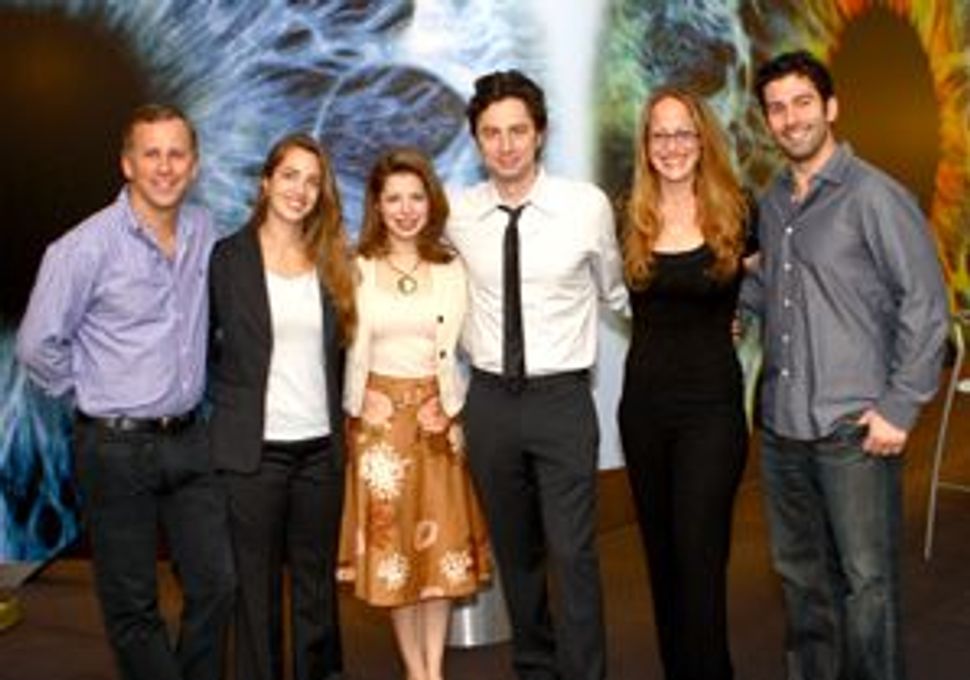 Los Angeles – When Geoff Silverman, a Hollywood literary manager, made his first foray into Jewish charity work, the draw was not purely philanthropic. The program he joined, the Entertainment Council of the Jewish Federation of Greater Los Angeles, offered an enticing component that few other Jewish philanthropic endeavors could match: the chance to network and meet other 20- and 30-something Jews also working in the entertainment business. 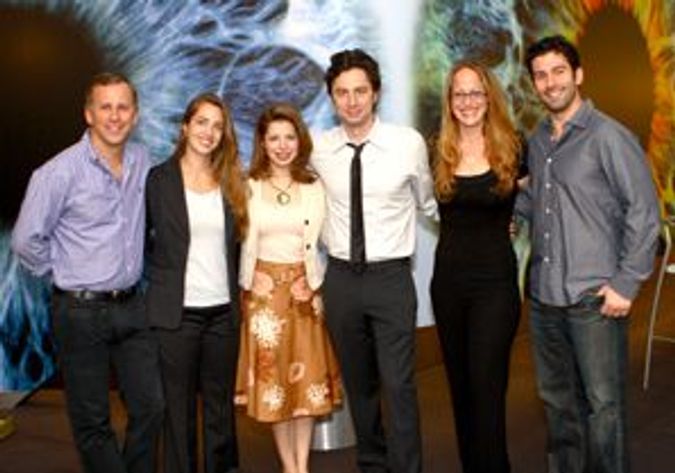 Silverman, 39, is among a growing group of young executives, writers, directors, actors and agents who have joined the L.A. federation’s Entertainment Council in recent months. Designed to bring rising Hollywood professionals into the Jewish federated system before they reach the level of a Steven Spielberg or a Sherry Lansing, the council — which launched at the end of January — is fast becoming fertile networking turf for its members.

In a town that’s all about who you know, networking opportunities for young professionals are not in short supply. But, as several council members noted, the interactions that often take place at meet-and-greets and panel discussions hosted by groups whose unabashed purpose is networking can feel awkward and superficial. What the Entertainment Council provides, members say, is the ability to form meaningful relationships born of a common desire to give back.

“Having done some of these other more purely networking organizations, there is an artificiality to it,” said Nick Weiss, a 29-year-old screenwriter and film director who grew up in Philadelphia. “There’s something about the context of the council that, yes, people do come to network and talk shop, but it creates a context for the relationships to go a little bit deeper.”

Silverman, who became involved at the suggestion of a film producer friend, said that he was impressed by the A-list caliber of guest speakers that the council has been able to attract — including John Turteltaub, who directed and produced the recent blockbuster hit “National Treasure: Book of Secrets,” and George Freeman, a top agent at the William Morris Agency.

Meredith Weiss, a former agent at Creative Artists Agency who now serves as director of the federation’s entertainment division, said that her goal when she took over the reins two years ago was to make Judaism “hip, relevant and cool.” Under her leadership, the entire division’s fundraising income rose by 28% in 2007.

No film or television deals have been inked just yet as a result of Entertainment Council connections, but members say it’s only a matter of time before the relationships they’re developing lead to a screenplay being sold or a director landing a job. The council, only two months old, is still in its infancy.

Gabrielle Neimand, a film executive at Strike Entertainment who moved to L.A. after studying film at Northwestern University, said that she joined the group, which now numbers more than 100 members, for the Jewish philanthropic cause and to enrich her life outside of work. Still, she added, she also has made some helpful business connections. She said she already has met literary managers who represent film and television writers, and she has been introduced to their clients. The relationships she’s formed thus far are built, she said, on a strong foundation.

“What solidifies the relationships is that not only do you have your careers in common, which is huge, you also have a similar passion that has nothing to do with entertainment,” Neimand said. “It gives a whole other layer to your relationships when you’re out in the community, getting dirty.”

Nick Weiss (who is the brother of Forward staff writer Anthony Weiss) first became involved with the federation’s entertainment division through the Entertainment Industry Leadership Initiative, a program in its sixth year that inducts budding Hollywood professionals into federation life. The program, known as EILI, has fed the ranks of the Entertainment Council, but some, like Silverman, had no prior exposure to the federation before joining the council.

In addition to the opportunities that the council provides for career networking and volunteering, there is one more upshot: friendships. Ross Siegel, a 29-year-old executive at Metro-Goldwyn-Mayer, said that more than anything, he appreciates the social networking. “To be honest,” he said, “I don’t do it as much for business as just to meet good people. If there’s business that comes out of that, great, but it’s mainly to meet good human beings in L.A. and surround yourself with people of like values.”