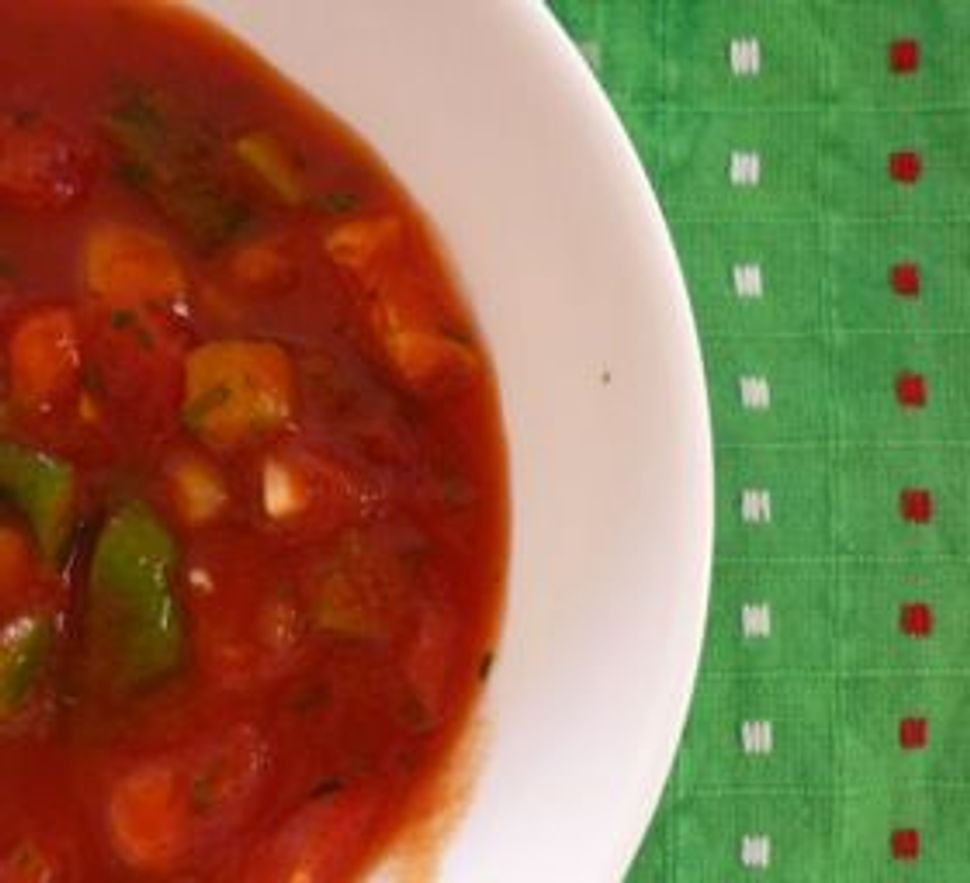 I am a little embarrassed to admit that The Jew & The Carrot went the entire summer last year without sharing a recipe for gazpacho. Of course gazpacho – a cold soup which has its roots in Southern Spain – does not obviously belong in the “Jewish food” category. Still, as Tamar rightly pointed out, when summer rolls around, the last thing you want is a pot of cholent steaming up the kitchen. Or at least, as someone who lives sans air conditioning, I don’t want no stinking pot of cholent.

In these moments of mid-summer heat, Gazpacho boldly comes to the rescue, offering a flavor-packed soup without the shvitzing. It also begs you to head to the farmers’ market (or your backyard) and buy the ripest heirloom tomatoes (like the ones I found above) and crispest bell peppers and cucumbers possible.

Shame on us for neglecting to share the wonders of summer gazpacho with you last year – we hope you accept the recipe below along with our deepest and most sincere apologies.

This is by no means a “traditional” gazpacho recipe, but it is tasty! According to Wikipedia, Gazpacho descends from “an ancient Andalusian concoction based on a combination of stale bread, garlic, olive oil, salt, and vinegar – a cold bread soup.” The tomato and bell pepper additions bean with the Columbian Exchange in 1492, when a whole new series of vegetables were introduced to Europe.

Juice of one lemon

A few dashes of hot sauce

Put all ingredients in a large bowl and mix together. Cover with lid or Saran Wrap and refrigerate for at least 1 hour before serving. To serve: Stir soup, ladle into bowls and top with more chopped parsley, mint, and a dollop of sour cream or croutons.

I personally like a really chunky gazpacho, but if you want a smoother texture to your soup, you can puree half of it with a hand blender or standard blender.