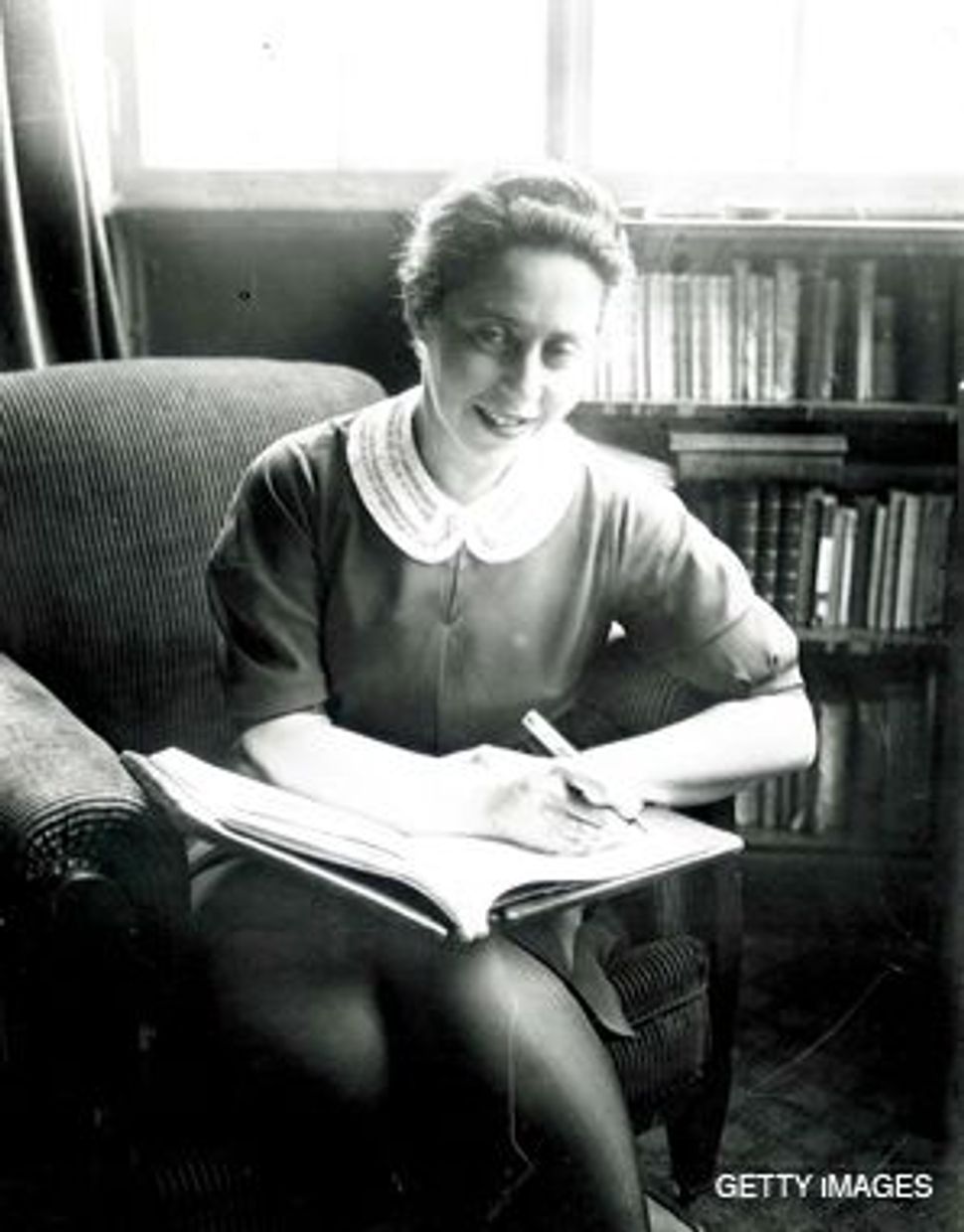 WOMAN OF LETTERS: Irène Némirovsky, whose posthumous ?Suite Française? became a surprise bestseller, will be the subject of a museum exhibition opening in the fall.

With a mix of excitement and trepidation, New York’s Museum of Jewish Heritage announced this week that it is planning to stage an exhibition devoted to the writer Irène Némirovsky in the fall. 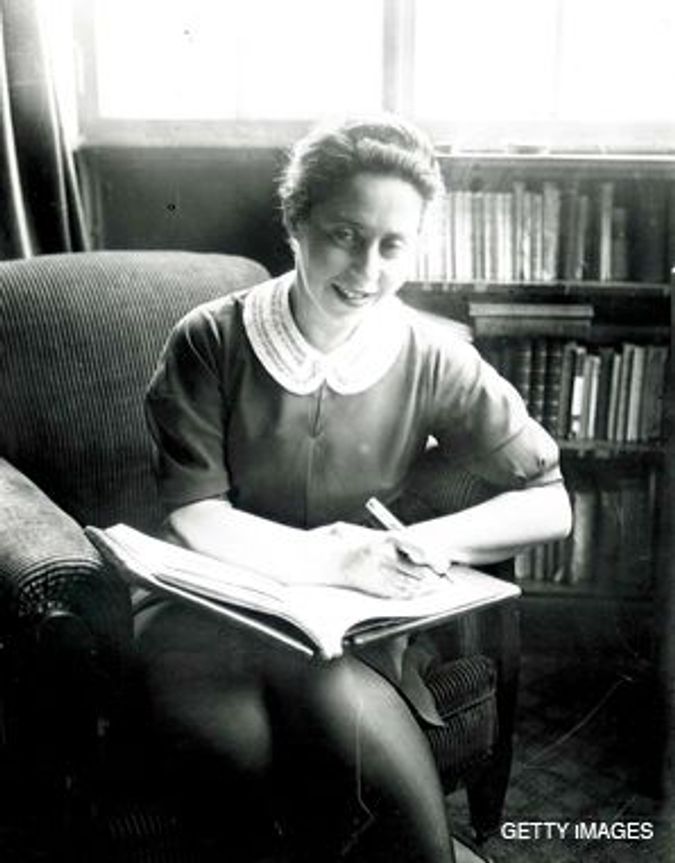 WOMAN OF LETTERS: Irène Némirovsky, whose posthumous ?Suite Française? became a surprise bestseller, will be the subject of a museum exhibition opening in the fall.

The exhibition, the first museum show ever devoted to the recently rediscovered French author, is in many regards a coup for the 10-year-old institution. It is also, by the museum’s own admission, something of a risk.

In certain respects, Némirovsky, who perished at Auschwitz in 1942, is a natural subject for the museum that calls itself “A Living Memorial to the Holocaust.” That one of the author’s final pieces of writing, the unfinished manuscript discovered more than 50 years after her death and published as “Suite Française” in 2004, has become an international sensation only enhances her appeal. And yet, choosing Némirovsky — a convert to Catholicism who published in right-wing journals and whose early work contains what can only be seen as deeply unsympathetic portrayals of Jews — is a departure. It is also, some observers of the museum world say, a daring and historic move.

“Holocaust museums are so often concerned with communicating a clear and unambiguous message,” said Barbara Kirshenblatt-Gimblett, professor of performance studies at New York University and an authority on contemporary Jewish museums. “By taking up the subject of Némirovsky, the Museum of Jewish Heritage is showing a willingness to lift things beyond the realm of black and white. The show may well be controversial, but it will open up a new kind of conversation.”

At the April 8 press conference announcing plans for the Némirovsky show, which is slated to open on September 24, the museum’s director, David Marwell, acknowledged that the exhibition has the potential to stir up controversy; he stressed, however, that the museum’s goal is, nonetheless, to offer a complete and unvarnished rendering of the author’s life. “Our interest is not hagiography,” Marwell said, “but rather history, history with all its nuance and texture.” Marwell added that while the museum does not aim to deify the writer, it also has no interest in demonizing her, as some critics recently have.

The museum’s announcement comes just a few months after the publication, by Knopf’s Everyman’s Library, of a collection of four of the author’s early works, all but one of which had never been available in English. The release prompted a number of high-profile reassessments of the author’s life and career, assessments that differed markedly in tone from the rapturous reviews lavished upon “Suite Française” when it was released in English in 2006.

The most pointed of these was written for The New Republic by Ruth Franklin, one of the magazine’s senior editors. Titled “Scandale Française,” the essay argues that Némirovsky “was the very definition of a self-hating Jew,” who “owed her success… in no small measure to her ability to pander to the forces of reaction, the fascist right.” Much of Franklin’s piece is devoted to Némirovsky’s 1929 novel “David Golder,” a work peopled by a gallery of misshapen, yellow-skinned, hook-nosed and money-hungry Jews. Franklin goes so far as to suggest that the book may have been “complicit” in the “moral degradation of culture” that ultimately led to Némirovsky’s own undoing.

Némirovsky has not been without her critics, but, in the severity of her judgment, Franklin stands alone. Indeed, even the author of the book on which she bases much of her essay, Colby College professor and Némirovsky biographer Jonathan Weiss, takes issue with a number of her more damning conclusions, most notably the charge of self-hatred. He regards “David Golder,” which Franklin calls “an appalling book by any standard,” as the author’s greatest achievement.

That said, Weiss conceded that “David Golder” is a vexing book. “These kinds of characterizations are very disturbing,” he told the Forward, “and they might prevent a reader from really seeing the fact that David Golder is a complex and positive character.”

In looking to explain what have been called antisemitic currents in Némirovsky’s work, some have drawn parallels between Némirovsky and other Jewish practitioners of the art of satire. In a recent issue of The Nation, Duke University French scholar Alice Kaplan makes the point that while certain of Némirovsky’s rhetorical strategies can be found in a range of antisemitic texts, they also can be found in Proust. Marwell noted that when Némirovsky wrote “David Golder” she was 26, the same age Philip Roth was when he released “Goodbye, Columbus.”

After a time, the complexities can grow dizzying: Némirovsky published in right-leaning journals, but then so did other reputable writers. “Suite Française” is devoid of Jewish figures, but then so, too, was the provincial French town in which she was living — and, to a degree, describing — while writing it. When Némirovsky was arrested, her husband wrote to the German ambassador, arguing that his wife had “no sympathy” for Judaism and that all her books bear this out, but then, given the circumstances, doesn’t one try anything and everything?

Can an exhibition capture a life and legacy this multifaceted?

“We’re not shying away from anything,” Marwell told the Forward. But he cautioned that no exhibition is able to cover every last question. “We can’t overwhelm this with explanatory text,” he said. “It’ll kill the exhibition.” Marwell is hoping that visits from scholars and other similar programs can fill the gaps that the exhibition proper doesn’t cover. (Disclosure: The museum hosts a monthly book series moderated by this writer.)

For her part, Kirshenblatt-Gimblett is convinced the show will be a success. Her only worry is about those who have already told themselves otherwise.

“I have every confidence the museum will do a very good job,” she said. “The issue is whether those who have some knowledge of the story have already made up their mind about it and, before seeing what the museum actually does, will create a controversy — not over whether the museum told it well, but over whether or not they should have told it at all. But the whole point of doing an exhibition like this is to explore a gray area.”