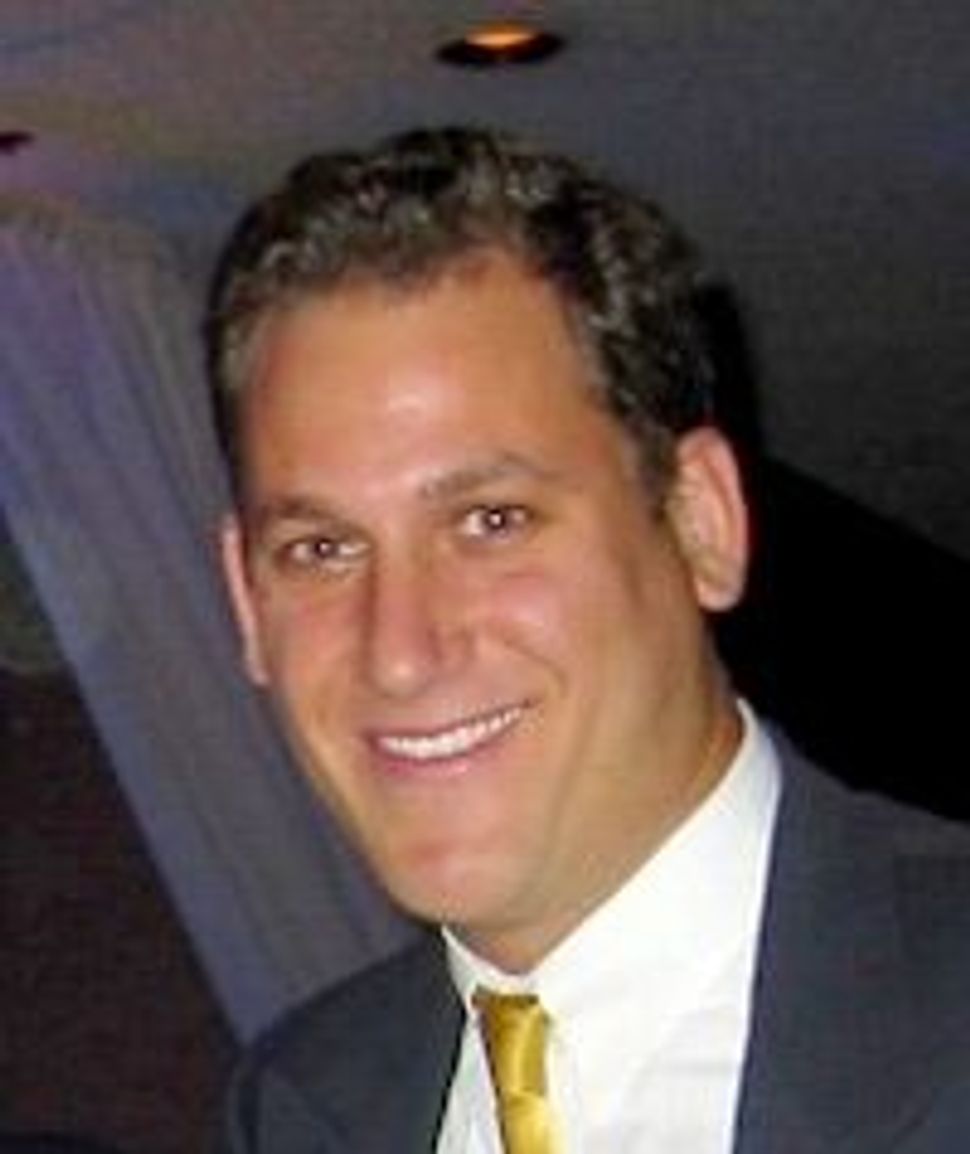 Each year, during Kol Nidre, Sinai Temple in Los Angeles pauses in its prayers for a fundraising appeal. A few members rise to address the congregation, asking for donations while speaking about how the community has supported them through good times and bad. It’s a typical fundraising pitch for an American synagogue: Give because you’re a member of this community, and the community is there for you.

It couldn’t be more different from the pitch at Augustana Lutheran Church, in St. Paul.

“Everything you have is God’s to begin with,” said Megan Torgerson, a pastor at the church, which, like other Protestant churches, emphasizes religious obligation in its fundraising. “We encourage people to not think of [money] as mine, mine, mine,” Torgerson said, but rather to say: “‘I want to celebrate that this is a gift from God already. What can I do with it?’”

Amid economic and sociological changes within the Jewish community, many communal and religious leaders are beginning to think about new models of synagogue support. But they are constrained by an ethos of synagogue giving among Jews that focuses on communal necessity, not spiritual demands.

In previous installments of this series, the Forward has drawn on a survey of about 20 churches and synagogues around the country to compare fundraising and spending practices between Jewish and Christian religious institutions. In this final installment, we examine the difference in ethos behind the giving, and look at the debate over new

“Christianity has a much more developed sense of what they call benevolence — the ongoing process that one should give to the church because that is a good in and of itself,” said Rabbi Daniel Judson, a doctoral candidate at Brandeis University, “whereas we just don’t have that as part of our historic thinking.”

Experts say that the difference goes back to the roots of the current fundraising system in Protestant churches in the 18th century. In Europe and colonial America, churches assessed pew fees based on income and took in some revenue from tax funds provided by the state, according to James Hudnut-Beumler, dean of Vanderbilt University’s Divinity School. The shift to so-called free-will offerings, which approximate the current system among Protestant churches, began among the more evangelical of the mainline branches. It amounted to, according to Hudnut-Beumler, “a radical extension of Protestant ideas to the financing of the church.” Instead of paying for better seats, the new thinking went, one should give because one has already been blessed.

The rhetoric surrounding giving within Conservative and Reform synagogues, on the other hand, isn’t generally religiously charged. “The language that churches use is a biblical language of tithing and offering,” said Jack Wertheimer, a professor of American Jewish history at the Jewish Theological Seminary. Synagogues, on the other hand, speak in terms of “various types of categories that are not religious, that are business oriented.” 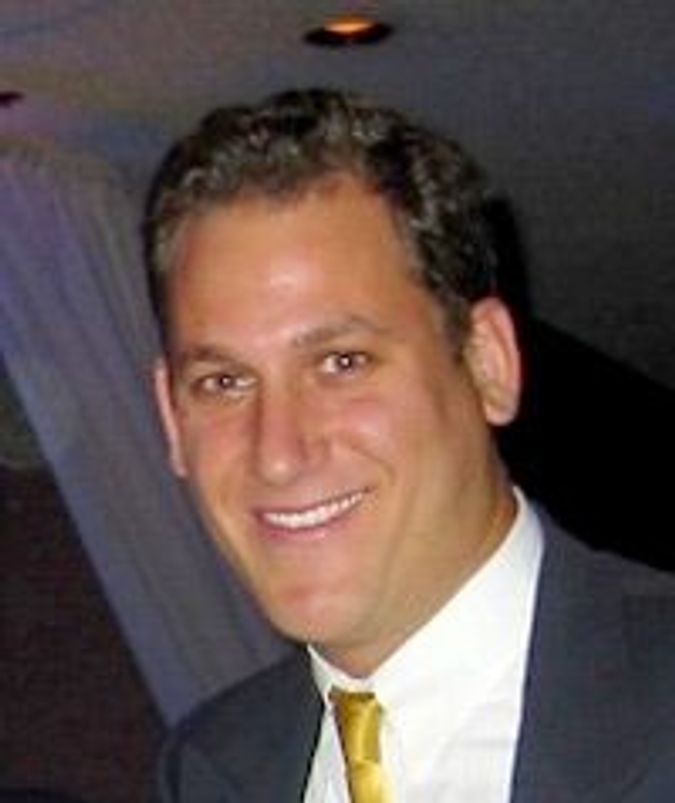 Wertheimer cautions that the rationales offered may not be a matter of doctrinal differences so much as practical marketing decisions. “I’m somewhat cautious about taking the rationales that are offered for this at face value,” he said. In fact, Hudnut-Beumler said that research has shown that those churches emphasizing the practical benefits and services provided by the church during their fundraising pitches actually raise more money than those that speak only about religious duty.

And some rabbis say that their rhetoric doesn’t match their beliefs as to why members should give. “Most of my colleagues don’t say to congregations, ‘God wants you to pay $1,500 in dues,’” said Rabbi Charles Sherman of Temple Israel, a Reform congregation in Tulsa, Okla. “Nobody talks that way. I think we’re not comfortable with that language.” Still, he said, he believes that some religious compulsion is understood. “If you want to be a serious, committed Jew, then these are the responsibilities that God expects.”

One Orthodox rabbi spoke much more openly than his Conservative and Reform colleagues about the religious aspect of synagogue fundraising. “We as a congregation have a very strong commitment to bitachon,” or trust in God, said Rabbi Chaim Goldberger of Kenesseth Israel Congregation in St. Louis Park, Minn. “We place our trust in God’s ability to provide sources of income that we may not have been counting on.”

But throughout much of the Jewish community, concepts of religiously motivated giving — such as tzedakah — are more common outside of the context of the synagogue. “Jews are supporting a wide array of Jewish organizations in addition to their synagogues,” said Barbara Wheeler, a professor at Auburn Theological Seminary. “They’re also writing large checks to the American Jewish Committee, to the Anti-Defamation League, to a whole host of significant organizations that do social action work in Israel, social service.” In Protestant communities, that sort of work is done through the denomination, which is funded directly by the church. As such, the distinction that exists in Jewish life between giving to the synagogue and giving to Jewish causes is less pronounced.

Meanwhile, Jewish professionals are concerned that the dues model may not be sustainable in the foreseeable future. “We’re finding that [young Jews are] not interested in paying for their Judaism or in supporting Jewish organizations in the way that the generation ahead of us was used to doing,” said Rabbi Jessica Zimmerman, director of congregational engagement at Synagogue 3000, a research group. “Dues are too high,” she allowed. But Zimmerman also pointed to larger shifts in thinking about communal involvement among younger Jews. “There’s a mentality of free stuff,” she said. “I think the 25- to 45-year-old population doesn’t recognize our responsibility to help support Jewish organizations and the Jewish infrastructure.”

Experts point to a few possible new models for synagogue support that are being broadly discussed. Judson, the doctoral candidate, said that one potential involves synagogues spending significant time writing grants, “becoming more like small nonprofits.” Another involves synagogues charging smaller fees for expenses like a bar mitzvah and High Holy Day tickets rather than a flat fee for the year.

But Sacha Litman, managing director and founder of Measuring Success, a consulting firm that has been contracted by UJA-Federation of New York to investigate synagogue financial models, said that dues themselves may not be the problem.

Litman said that data collected by his company indicated that synagogue members were not bothered so much by the expense of dues as by a concern that they weren’t getting anything for their money. “Nearly half [of] synagogue members don’t feel they get a particularly good value for their membership dollars,” Litman said. As such, one of his primary suggestions is for synagogues to work harder at convincing members of the value of membership. Litman said that members who attend only during the High Holy Days often don’t understand how their dues are being spent.

“If you’re paying around $2,000 for membership fees, it maybe paid at the time of the High Holy Days, but it’s not going to the High Holy Days,” Litman said. “A lot of it is going to subsidize other programs,” such as adult or Hebrew school education, depending on the synagogue.

Litman recommended that synagogues spread out their dues assessments so that members pay throughout the year rather than all at once, forcing them to think about how the money is being spent year-round — an idea that no synagogue has yet embraced. He also suggested expanding the portion of synagogue budgets that come from voluntary contributions and from program fees.

However synagogues adjust their systems, one element remains constant: Someone needs to pay.

“I think it’s a nonstarter to think that there’s going to be some pie-in-the-sky way of funding synagogues or congregations or kehilot without people giving financial support,” said Dru Greenwood, director of Synergy, a program working on synagogue models at UJA-Federation of New York. But she said, “Dues is probably a language that is not helpful at this point.”