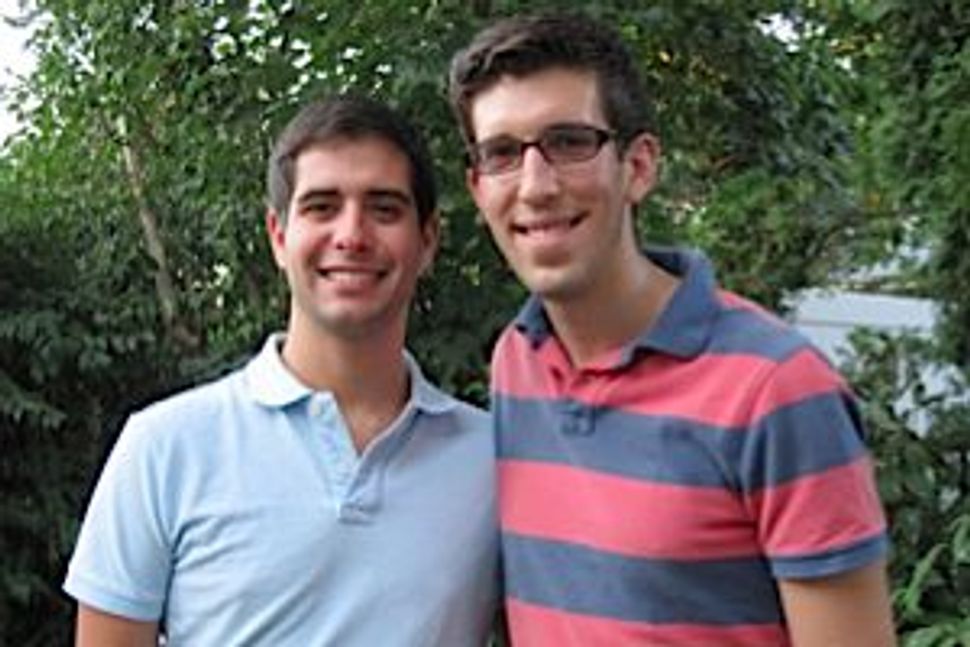 Love, Courtesy of Camp Ramah: The New Jersey Jewish Standard?s publication of Avichai Smolen and Justin Rosen?s engagement announcement has been the subject of controversy. Image by Robert Smolen

A late September edition of the New Jersey Jewish Standard included a first for the publication: an announcement, in its Simchas section, of an engagement between two men.

In the next week’s edition, however, the paper effectively took back the notice, writing on the editorial page that it would no longer publish announcements of gay or lesbian engagements, and apologizing “for any pain we may have caused.”

And in a final twist, the publisher issued a statement days later saying that the paper “may have acted too quickly” in printing its initial apology. 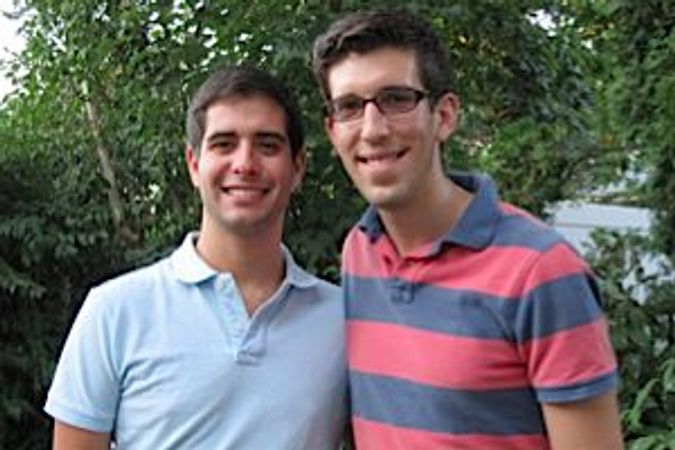 Love, Courtesy of Camp Ramah: The New Jersey Jewish Standard?s publication of Avichai Smolen and Justin Rosen?s engagement announcement has been the subject of controversy. Image by Robert Smolen

The thinking behind the Jewish Standard’s lightning-fast flip-flop remains obscure. But reactions on both sides have been severe.

“What bothers me most is that this is supposed to be a community newspaper and a community institution, and it’s not clear to me what the litmus test is for having one’s voice as part of [that] institution,” said Justin Rosen, one of the men in the couple whose engagement was announced in the piece, which ran on September 24.

The weekly, which covers the Jewish communities in New Jersey’s Bergen, Hudson and Passaic counties, ran an unsigned statement on its editorial page October 1, saying that a group of rabbis had “conveyed the deep sensitivities within the traditional/Orthodox communities to this issue.” The rabbis were not named.

The following statement, issued on the paper’s website on October 6, was signed by the paper’s publisher, James Janoff. It said that he would be meeting with rabbis and community leaders, and that the paper would publish reactions to the controversy. It did not say whether the paper would continue to publish announcements of gay marriages.

“We did not expect the heated response we got, and — in truth — we believe now that we may have acted too quickly in issuing the follow-up statement, responding only to one segment of the community,” Janoff wrote.

The editor of the paper, Rebecca Kaplan Boroson, said that she had no comment on the matter when reached on October 5. Janoff did not respond to messages left at his office on October 5 or October 6.

Rosen, 24, and Avichai Smolen, his fiancé, 23, are set to be married by a Conservative rabbi October 17 on Long Island. The two met as counselors at Camp Ramah in Nyack, N.Y. The engagement notice stated that Smolen’s parents live in New Milford, N.J., and identified his father as the principal of a local Jewish day school.

Rosen and Smolen both work in the Jewish community — Smolen at Keren Or, the Jerusalem Center for Blind Children with Multiple Disabilities, and Rosen as a graduate student in Jewish studies and public administration at New York University.

Bergen County includes the towns of Teaneck and Englewood, home to established Orthodox communities. But those towns, and the coverage area of the paper at large, also include Conservative and Reform populations.

“Most people who I spoke to were appalled that this would be highlighted,” said Rabbi Yosef Adler, rosh yeshiva of the Torah Academy of Bergen County and rabbi of the Orthodox Congregation Rinat Yisrael in Teaneck, of the gay marriage announcement. “The feeling was that the overwhelming majority of the community was not pleased with that type of announcement.”

Meanwhile, members of the local non-Orthodox community said that they felt marginalized.

“Everybody’s livid over this,” said Edward Zizmor, a Teaneck resident and member of a Conservative congregation. “I think that the real issue here isn’t the gay marriage thing; it’s the idea that a group of unnamed Orthodox rabbis can dictate policy to a community paper.”

This isn’t the first time that Orthodox and non-Orthodox communities in Bergen County have clashed over the Jewish Standard. Years ago, Zizmor said, Orthodox rabbis threatened to stop writing for the paper’s Torah Commentary column after Reform and Conservative rabbis were invited to contribute. The paper now features a rotation of rabbis from different movements.

Some observers were sympathetic to the position the paper found itself in after publishing the announcement. “I can only imagine the pressures they came under from Orthodox leaders,” said Andrew Silow-Carroll, editor in chief of the New Jersey Jewish News, which covers other counties in New Jersey. Silow-Carroll said he thought that the paper should have published the names of the Orthodox rabbis who objected to the announcement. “It’s important for the people who have such objections to identify themselves and explain their objections,” he said.

The incident has drawn some attention from outside the Jewish community. Local news outlets have covered the story. On October 5, nationally syndicated sex columnist Dan Savage called the Jewish Standard’s initial statement “cringing, craven, spineless, [and] bigoted” in a blog post on the website of the Seattle alt-weekly The Stranger, of which he is editorial director.

Jewish newspapers appear to have broadly divergent policies on the publication of announcements of gay weddings and commitment ceremonies. The Philadelphia Jewish Exponent published its first announcement of a gay wedding last year; the New Jersey Jewish News did so this year. The Long Island-based 5 Towns Jewish Times, which serves a mostly Orthodox community, said that it would not publish a gay wedding announcement. Florida’s Jewish Journal and Boston’s Jewish Advocate said that they had never been asked to do so.

The Forward, which is distributed nationally, does not have a wedding announcement section.