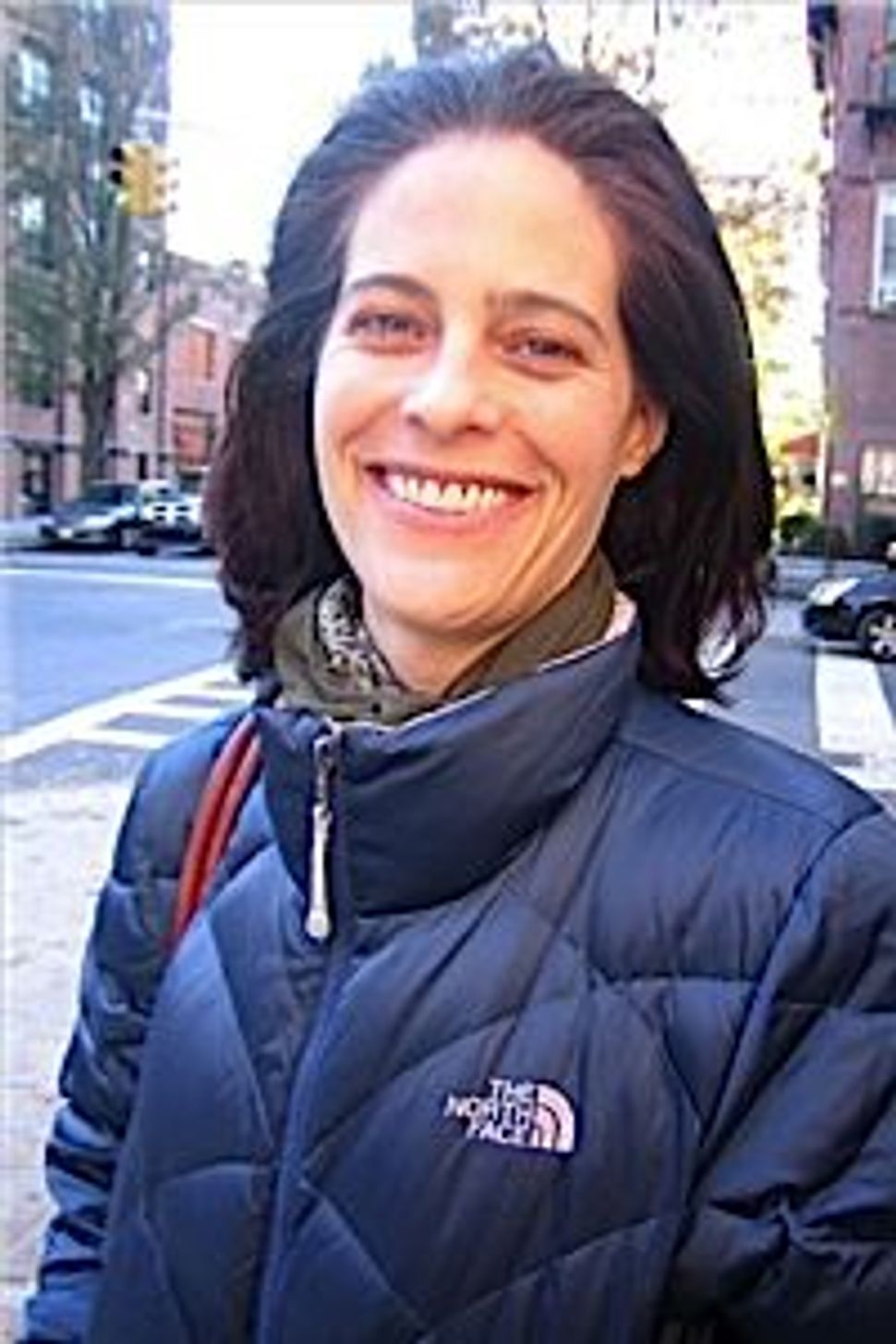 Julia Watt-Rosenfeld said turnout at her polling place was much heavier two years ago. Image by Debra Nussbaum Cohen

PROSPECT HEIGHTS, BROOKLYN — When Julia Watt-Rosenfeld went to P.S. 9 in Prospect Heights to vote in the presidential election two years ago, she waited for nearly two hours in a line that went around the block. On this election day, though, she was in and out of the polling site in minutes. 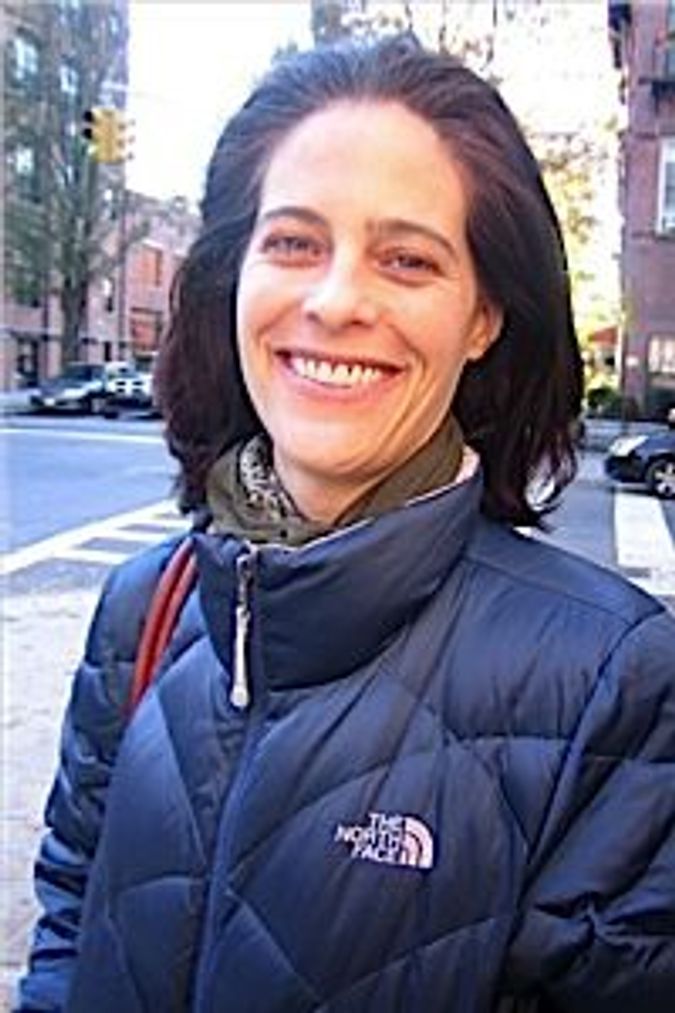 Julia Watt-Rosenfeld said turnout at her polling place was much heavier two years ago. Image by Debra Nussbaum Cohen

“It’s really quiet and I’m scared that people aren’t voting today, that people don’t feel like their vote counts. I’m worried about what’s going to happen nationally,” said the 39-year-old community organizer who said that, as a Jew, she takes seriously “the call to repair the world.”

“If Republicans regain the majority (in Congress), it may affect us deeply for a long time,” she said. “I’m concerned about the needs of working class New Yorkers, and issues of schools, healthcare and immigration.”

A light but steady stream of voters at the Brooklyn elementary school included many Jews in this gentrifying neighborhood.

Robert Silverman, an actor who identified himself as a political conservative, is in the political minority in Prospect Heights, where many new restaurants and bars have opened in the past few years to cater to the influx of new artists, writers and public servants flooding into the area, which until recently was largely populated by West Indians and African Americans.

Being Jewish feels more like an issue in this election than in others because “I don’t think this government is very pro-Israel, though the American people are,” said Silverman, who declined to give his age. He voted for Republican gubernatorial candidate Carl Paladino, even though he described the candidate as “kind of obnoxious,” because of one issue: Park 51, the proposed Islamic cultural center near Ground Zero. “I didn’t vote for Cuomo because he supports the mosque,” the actor said.

For many of the Jewish voters here, however, Paladino’s anti-gay focus during a meeting with Haredi Rabbi Yehuda Levin, led them to feel that their only choice for governor is Andrew Cuomo. “The bigotry coming from people like Paladino, which is so outrageously insensitive to other people, is slanderous,” said Peter Gordenstein, 54, a real estate broker who has lived here for a dozen years.

Several voters expressed concern about what they said is increased racism, both veiled and explicit, in this year’s political campaigns.

“There have been a lot of charges of elitism,” said Raul Rothblatt, 45, a musician and founding member of a new political club, Prospect Heights Democrats for Reform. “One generation ago, when my grandmother was a Jew in Budapest, Jews were hearing that language, which was turned into anti-Semitism. It’s true for the anti-Muslim sentiment, too. When there’s talk against brown-skinned people with big noses, you wonder when is it going to be Jews they’re talking about?”