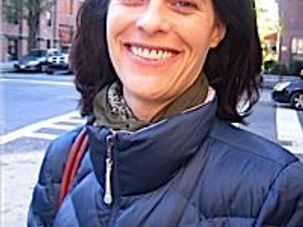 PROSPECT HEIGHTS, BROOKLYN — When Julia Watt-Rosenfeld went to P.S. 9 in Prospect Heights to vote in the presidential election two years ago, she waited for nearly two hours in a line that went around the block. On this election day, though, she was in and out of the polling site in minutes.

Homophobia: An Insidious Outgrowth of Misogyny

Let’s be honest: It’s not like I was going to vote for Carl Paladino in the first place. If there were some kind of reverse political dictionary, and I was in it, Carl Paladino would be listed as my particularly aggressive antonym. That was before he decided to publicly demonstrate his homophobia, while bringing the Jewish community into it. Unfortunately, it’s not as though we weren’t in it to begin with. This is everyone’s problem, whether or not we consider ourselves to be queer positive folks, but particularly if we do.

Who’s That Guy in the Black Hat Next to Cuomo?

Only one ultra-Orthodox fixer appears to have accompanied New York gubernatorial hopeful Andrew Cuomo on all four of his early October visits to Brooklyn’s Hasidic rebbes.

-Less Competition in the Windy City: Obama’s chief of staff Rahm Emanuel has been eyeing a run for mayor of Chicago — the first Jewish one, at that. Yesterday, former city inspector David Hoffman, also Jewish, announced he isn’t running — a decision the Sun-Times expects will help Rahm’s candidacy. (Chicago Sun-Times)

The Tea Party’s New Stars: How Will They Play with the Jews?

The Tea Party upsets in New York and Delaware are the big news items from yesterday’s primaries. But the key question now, of course, is: Is it good for the Jews?