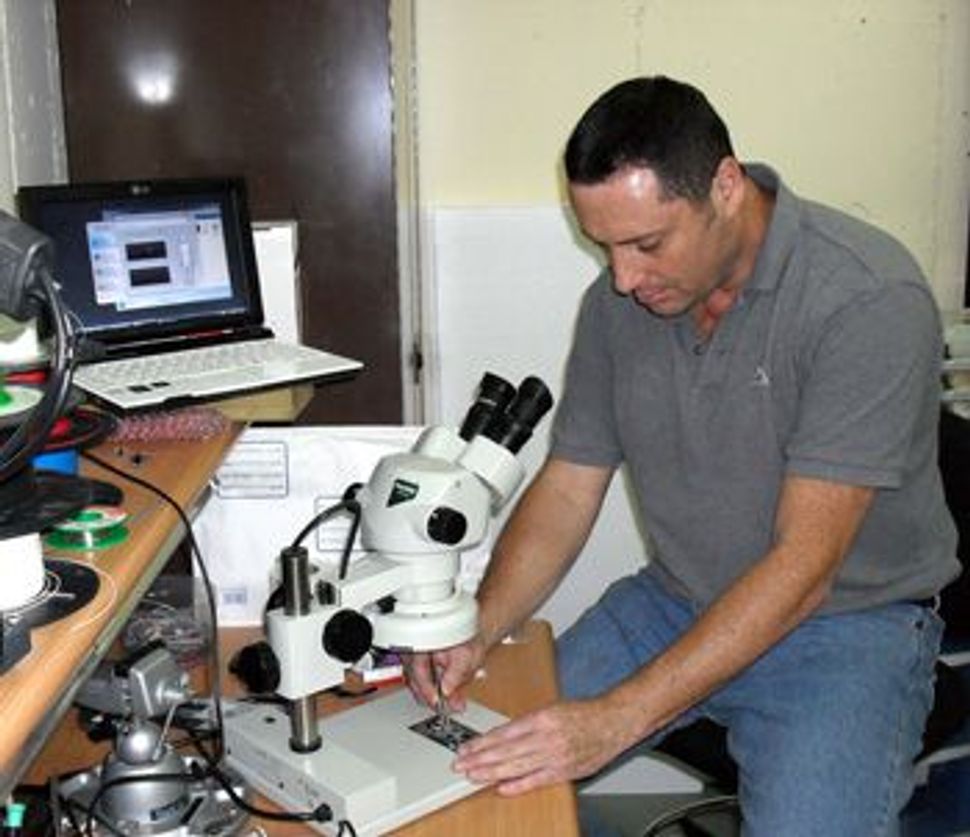 You are working on an important assignment for your boss when a message pops up on your computer. “You’re stressed out,” a dialogue box declares. “Time to take a break.”

An Israeli high-tech innovation means that as of 2011, shops can begin stocking laptops with special hardware and software that will monitor a computer user’s heart rate, interpret it and provide instructions on how to keep healthy.

For example, if the computer senses stress that can be remedied by a short work break or even potential heart irregularities that should be checked by a physician, it will announce the problems with an on-screen message.

The computers will measure not only how quickly the heart beats, but also the heart-rate variability — essentially, the pattern of the heartbeat — an established means of finding information on a person’s emotional state.

Facebook, Twitter and Skype accounts of individuals using the program will be able to automatically update a person’s mood settings based on the readings. The company that has developed the technology, IDesia, based in the Israeli town of Caesarea, is planning within a few months of the program’s release to offer users the option of having their computer periodically send off EKGs to physicians for medical analysis.

IDesia has licensed its innovation to several original design manufacturers (ODMs) in Taiwan whose products are then branded by the well-known computer corporations. It is not yet clear which brands the heart-reading laptops will bear.

“This is the first time that a computer user can get a real-time reading of his physiological and medical state through regular operation of his or her computer,” Danny Lange, IDesia’s founder, CEO and director, told the Forward.

Lange’s development was almost accidental. When he set up his company in 2004, he had just one aim: to get computer firms using heartbeat (instead of fingerprint) recognition to identify people when logging on to PCs.

Currently, many computer users log on by passing a finger over a fingerprint reader. But the readers are not foolproof: Criminals have been known to cut off fingers to trick ID sensors. An advantage of heartbeat recognition is that a heartbeat cannot be replicated. Lange developed what is believed to be the first commercially viable system for identifying people by heartbeat.

More relevant to the average laptop user, the technology is cheaper than that used for fingerprint scanning — just $2 to the ODM per computer — as it requires only metal nodes on which fingers are laid, not a scanner. It is also more accurate: Fingerprint software often requires several scans for an accurate reading.

But at first the ODMs were not interested, telling Lange that they had spent fortunes developing fingerprint technology and that they would require incentive to switch identification processes. To provide the extra value, Lange “worked on gathering the information of not just who the person logging on is, but also how they are,” he explained.

He acknowledges that there are various electronic heart meters on the market, but points out that they measure a person’s heartbeat only when they make a conscious decision to check it. His invention reads heartbeats in the course of a normal and oft-repeated daily activity — logging on to one’s computer — and automatically computes the results.

Many other Israeli researchers are taking leading roles in the effort to enable computers to better understand humans.

In early September, at the International Conference on Web Intelligence and Intelligent Agency Technology, in Toronto, a team from Beersheba-based Ben-Gurion University revealed details of a program it developed that can detect depression in bloggers — or authors of virtually any other written text.

The program has been used to scan more than 300,000 blogs posted to mental health websites and has identified whom it perceived to be the 100 “most depressed” and 100 “least depressed” bloggers. When a panel of four clinical psychologists examined the same blogs, it found a 78% correlation between their conclusions and the computer’s.

The program spots words that express emotions, like colors that the writer employs to metaphorically describe certain situations. Words like “black” combined with other terms that describe symptoms of depression, such as “sleep deprivation” or “loneliness,” are recognized by the software as “depressive” texts. Psychologists have long been able to spot depression, but with this breakthrough “technology has come to offer the possibility of analysis of larger masses of data than any psychologist can manage, to extract patterns of moods and look for signs of depression,” the leader of the research team, Ben-Gurion University Education Professor Yair Neuman, told the Forward. “It opens up the possibility of mass screening for depression and reaching people who would not go through normal screening.”

At the Hebrew University of Jerusalem, a team claims to have enabled computers to identify that most subtle of human expressions: sarcasm. In 2000, Ari Rappoport, a computer science professor and expert in teaching computers to understand human languages, became interested in the fact that online stores and review websites are constantly ranking products and services for relevance or by positivity, but their algorithms have no ability to understand sarcasm.

Rappoport and his team built such an algorithm. “The method is based on textual patterns: It has learned from a few dozen texts, which we selected and fed through it, when people are being sarcastic,” he told the Forward.

Rappoport expects that companies monitoring what is written about their products will pay handsomely for the innovation, but he also hopes it will prove a social good. “It can be used for autistic people and for people with communication disabilities,” he said.

Oren Tsur, a doctoral student who carried out much of the research under Rappoport’s tutelage, talks of the breakthrough in grand terms. It brings the world “one step closer towards the goal of more realistic artificial intelligence,” he said.