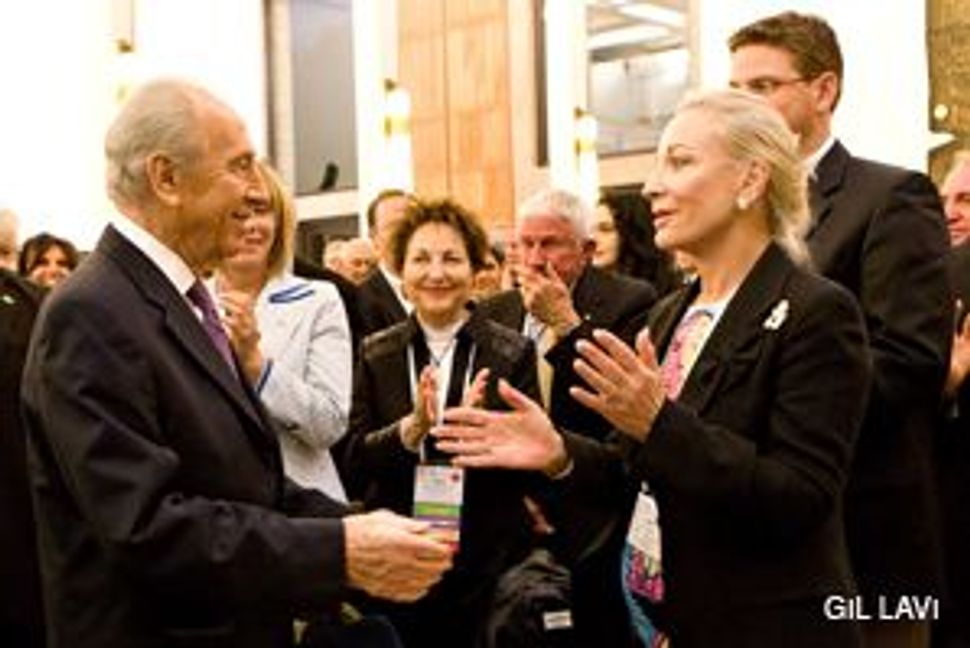 In June 2006, Avner Stepak, an investment banker and budding philanthropist, invited his friend Zvika Arran over to his house to watch a basketball game. Arran had an idea for a new venture, and Stepak told him he had 30 seconds before the game started to describe it. Arran laid out his idea: a new charity that would evaluate other charities, making sure they were efficient, effective and honest. That was enough for Stepak. 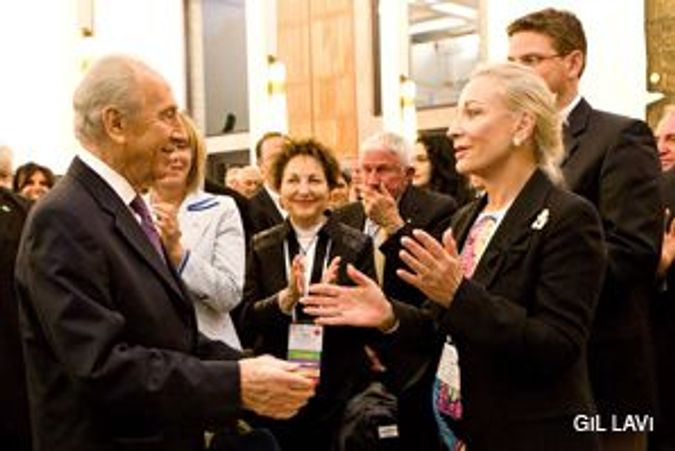 “It was very easy to say yes,” Stepak told the Forward. “It’s something we really, really need in Israel.”

Stepak, managing director of the investment firm Meitav Investment Group, is one of a growing number of Israeli businessmen who have turned at least part of their attention away from making money and toward giving it away. He, along with more than 150 other Israeli philanthropists and 200 Jewish philanthropists from around the world, recently gathered in Jerusalem as part of the annual conference of the Jewish Funders Network, an independent association of major Jewish philanthropists. JFN capped off the conference by announcing that it will open a permanent branch in Jerusalem to help nurture the country’s growing philanthropic community.

“The philanthropic sector is much younger in Israel,” said Mark Charendoff, JFN’s president. “You have a class of philanthropists that is emerging, that didn’t exist except for a handful of wealthy families.”

The announcement of the new JFN office, combined with a proliferation of new initiatives such as Stepak and Arran’s charity, Midot, is the most recent sign of a concerted push to create a modern philanthropic culture in Israel. By most accounts, Israeli philanthropy has expanded rapidly, fueled by Israel’s economic boom over the past decade. But that expansion has exposed the flaws in a system where government oversight is still either rudimentary or heavy-handed, where reliable information can be impossible to obtain and where periodic scandals have bred public suspicion. Now, organizations such as JFN are scrambling to fill that gap.

Philanthropy in Israel has historically been a one-way street, with Jews from around the world sending millions of dollars a year to Israel. The country was relatively poor, and most social services were provided by the government. In that context, Israeli philanthropy was limited to a few prominent families who ran some of the state’s largest corporations and who donated — sometimes publicly, often privately — to Israel’s universities, museums and other major institutions. Those not-for-profits that did exist were largely government funded.

Over the past 15 years, that model has changed. As the government has slashed spending and encouraged entrepreneurship, the Israeli economy has boomed, minting new fortunes. According to the 2006 World Wealth Report, published by Merrill Lynch and Capgemini, 7,200 Israelis had more than $1 million in assets. The most recent Forbes list of billionaires included nine Israeli citizens.

While observers agree that the new wealth has spawned a surge in Israeli philanthropy, it is a sign of the sector’s immaturity that no reliable statistics are kept on just how much Israelis actually give. In 2006, a survey by Benjamin Gidron, director of Ben-Gurion University’s Israeli Center for Third Sector Research, estimated that Israelis gave about $220 million per year, but the survey that derived that figure may have underestimated large donations. Informal estimates have been as high as $500 million. Observers say anecdotal evidence suggests that philanthropy is growing.

Giving in Israel still lags far behind the United States, which is the most philanthropically generous country in the world. Even taking the high estimate of $500 million, Israeli donations totaled 0.3% of gross domestic product in 2006, compared with American gifts, which totaled 2.2% of GDP.

Israeli gifts are going to an ever-proliferating array of not-for-profits: Gidron’s center has calculated that roughly 1,700 new not-for-profits are founded every year, with a total of 34,000 in all. One reason is that Israeli philanthropists tend to start their own organizations rather than work with existing ventures.

“It’s still a go-it-alone type of culture,” Charendoff told the Forward. “People see a problem, and they react by setting up their own nonprofit.”

Still, some of the established Jewish charities have begun to court Israeli donors, as well. Foreign donations to Israel still far outpace Israeli charity: A 2004 study by the Bank of Israel put foreign donations at $1.2 billion, and Gidron recently estimated the number to be up to $1.5 billion, but some organizations, like the Jewish Agency for Israel, have seen core allocations from overseas decline. To compensate, the Jewish Agency has lured major Israeli donors to contribute and has offered them seats on its board.

Not everyone has been so welcoming to the new philanthropists. Though Israel’s economy has changed, Israeli culture is still infused with the country’s old socialist, egalitarian ethos. Many Israelis see philanthropy as a symptom of the government failing to do its job, or as a way for the wealthy to seek out personal and political gain.

“I think that there is a problem, and the problem is the perception of a certain part of society that the rich have to give. So if they don’t give, they’re criticized, but if they give, then they’re also criticized,” said Oudi Recanati, a scion of one of Israel’s oldest philanthropic families.

Recanati said that he and his family tend to keep their donations quiet.

Some of that public hostility has been fed by periodic scandals involving not-for-profits. For example, in 2006, the Israeli newspaper Yediot Aharonot reported that Knesset member Avraham Hirchson was using the same offices to run March of the Living, a Holocaust education program, and his political campaign.

In the past few years, the Israeli government has made an effort to crack down on fraud and abuse in not-for-profits through increased spot checks, stiffer financial oversight requirements and limits on salary levels to staff. Though many agree that the strict regime is necessary to combat corruption, the government’s tougher requirements also may make it more expensive to run small not-for-profits.

The tougher penalties have also not come with any encouragements for the not-for-profit sector. Unlike the United States where charitable deductions are completely tax deductible, only 35% of donations in Israel are tax deductible, and even that applies only to the first 4 million shekels (about $1.2 million) donated. In addition, Israeli not-for-profits had to pay a 4% tax, targeted solely at not-for-profits, on employee salaries, until the tax was revoked at the start of this year.

“The government attitude toward the nonprofit sector is almost abusive at times,” said Eliezer Jaffe, who is co-founder of the Center for the Study of Philanthropy at Hebrew University of Jerusalem.

The Israeli government does not demand the same level of financial reporting of nonprofits as does the United States, and it does not publicly release the financial reports that it does receive, as has become increasingly common in the United States and Great Britain with services like the Web site GuideStar. The result is that transparency and public oversight are often lacking.

Jaffe is one of a number of Israelis who have been working to provide that transparency. He runs a Web site called Giving Wisely, which lists basic information for a number of charities. Far more ambitious is a project by the American Jewish Joint Distribution Committee, which is attempting to ink an agreement with the Israeli Justice Ministry to release and publish the government’s financial records. If the deal goes through, a pilot Web site should be up by the end of the year, and the full records should be available by the end of 2009.

Midot, the organization that Stepak and Arran co-founded with venture capitalist Jacob Burak and the JDC, will do even more in-depth reports, rating organizations in a variety of areas. The ratings would be voluntary, but Stepak says he hopes that a report could become like a “kosher stamp,” a sign of quality that not-for-profits will seek out to attract donors.

But Jaffe warns that it will take more work to get Israel’s not-for-profit sector up to speed. He suggested that for help, Israel should look to a familiar source: American Jewish donors.

“American donors are such investors in this system. They should care about how the system works,” Jaffe said. “It’s the biggest unseen project right under their noses.”

With additional reporting by Nathaniel Popper