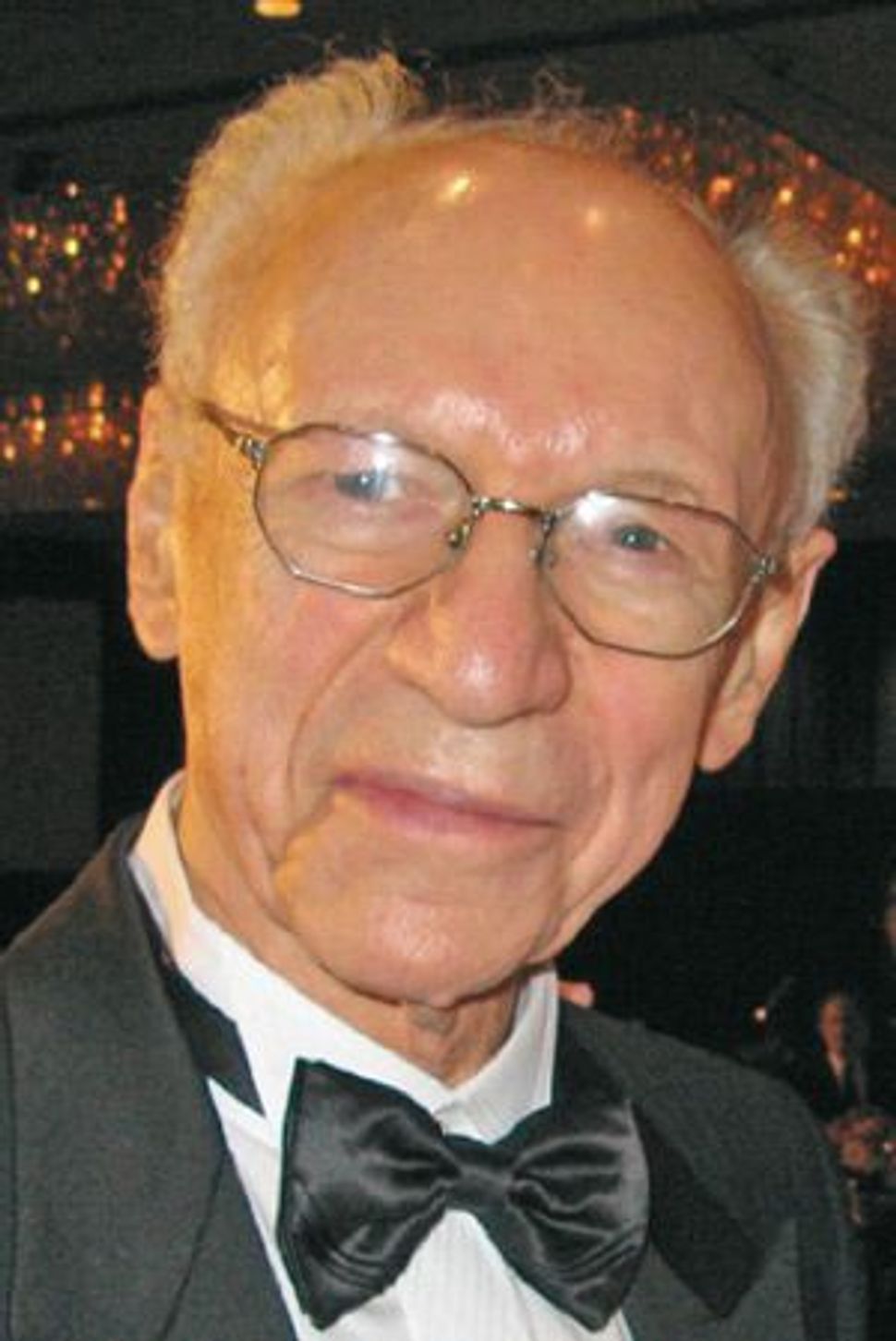 “Who [in this room] is a Holocaust survivor? Who was helped by NYANA [UJA-Federation’s New York Association for New Americans]? Who sent their kids to a Jewish camp? Stand up!” said Judy Baum, event chair at the October 26 UJA-Federation of New York Women’s Philanthropy Lion of Judah Luncheon. Nearly half of the 300 women in The Pierre ballroom rose to their feet. Anna Rachmansky, a NYANA client, recalled that when she was 6, she and her family left the Soviet Union in 1981 as part of the “Let My People Go” exodus. The explanation her parents gave for “moving the TV and piano upstairs” was that “we were going on vacation….” “Somewhere across the ocean, people cared,” she told the crowd at the luncheon. Martine Fleishman, president of the Women’s Philanthropy Executive Committee, presented the Kipnis-Wilson/Friedland Award to Carol Wolowitz The award is named for Norma Kipnis-Wilson and Toby Friedland, who in 1972 created the Lion of Judah program. The Spirit of Peggy Award, in memory of communal leader and philanthropist Margaret “Peggy” Tishman, was presented to Ruth Suzman by Tishman’s daughter, Pat Hall. Providing an overview of the 2008 election and a bracing dose of the then upcoming November 2 elections was keynote speaker Dan Senor, author of the New York Times best-seller “Start-up Nation: The Story of Israel’s Economic Miracle” (Twelve, 2009). Senor got chuckles and a few nays when he claimed that “writing a book is like giving birth.” 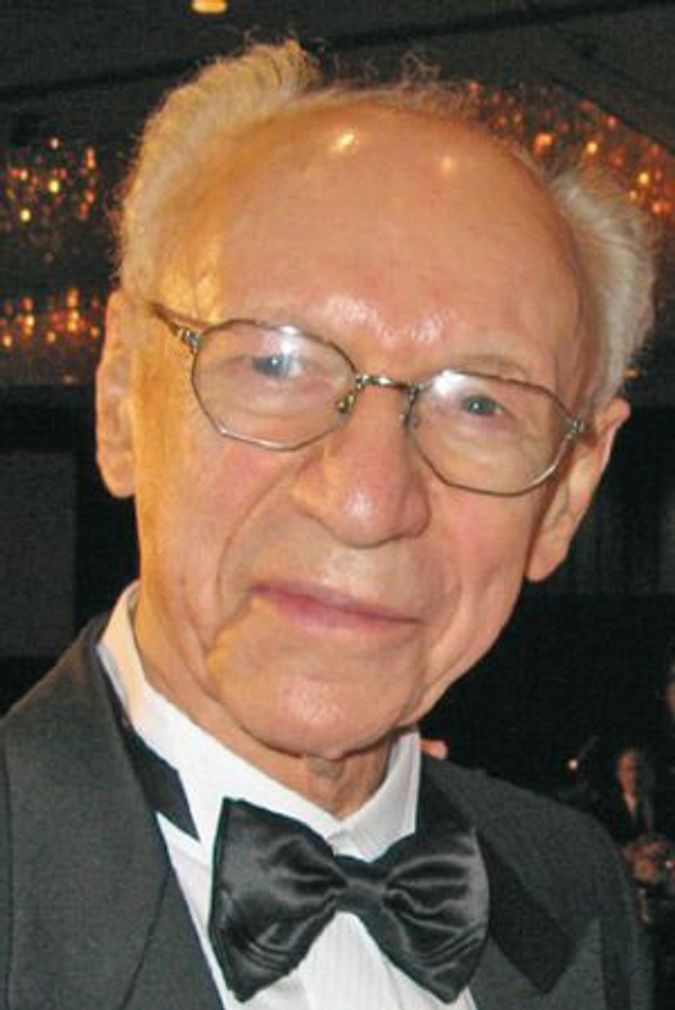 Senor, a geopolitical strategist, one of the longest-serving officials in Iraq and an adjunct senior fellow on the Council of Foreign Relations, said: “Never in recent decades have we seen anything like this… Americans rooting for [Obama], even those not voting for him.” Apropos the now no longer unrelenting media exposure, he said, “If he went to the bathroom, [there was] CNN coverage.” Senor described a dinner that columnist George Will hosted at his home three weeks before the [2008] election. “Before dinner, Charles Krauthammer, a columnist best known today for his work in The Washington Post, asked the guests: ‘Who thinks Senator Obama is a man of the left or a man of the center… throwing a bone to the center or a bone to the left?’ Not a single person answered.” Senor continued: “Three hours later, after Obama left [the dinner]… no one could answer [the question]. Never in the history of American politics have [The American people] elected a president about whom they knew less about…. [He was] an amazing blank slate on which you projected what you wanted…. More than anything, he represented change — a change from the Bush administration.” Senor quoted Rahm Emanuel: “’You never let a good crisis go to waste….’ If you have an ambitious agenda [there is] no better moment to ram your agenda through than during a crisis.”

Some of Senor’s November 2 voting predictions came to pass; some did not. But most troubling was his observation about the new “sinister [nonmilitary] delegitimization campaign against Israel — not its right to exist, but its right to have a role in the world… now playing on college campuses and in the media.”

The American Friends of Rabin Medical Center’s “Best of Israel/Best of New York” gala, which took place November 1 at the Grand Hyatt, can be described only as an over-the-top event. Host Charlie Rose, who showed archival clips from his interviews with Israel’s leaders, recalled, “[Yitzhak] Rabin’s death left me in tears.” Interviewed by AFRMC’s board president, Stephen Siegel, Larry Silverstein, president and CEO of Silverstein Properties, told the more than 600 guests that “the Freedom Tower [at Ground Zero] is now up to the 40th floor,” and that two days after 9/11, “Ariel Sharon called me in my office. [He said,] ‘Larry, how are you? We are worried about you.’ I told him, ‘You take care of the country, and I will take care of Ground Zero.’” Silverstein continued: “On 9/11, I would have been in the building if not for my wife. She had made an appointment with her dermatologist and [insisted] I accompany her. She saved my life. Now it’s, ‘Yes, dear! Whatever you want, dear!’”

Gala honoree Peter Riguardi, president of the New York operations of Jones Lang LaSalle, confessed: “I’m a Catholic married to a Lutheran…. The first house we bought had mezuzas on the doors. We moved two to three times and always took the mezuzas with us.”

Violinist Shlomo Mintz dazzled with his performance of Paganini’s Caprice No. 5; Broadway and TV actor Tom Wopat belted out “There’s No Business Like Show Business” from the musical “Annie Get Your Gun,” in which he starred as the male lead opposite Bernadette Peters; legendary Broadway star Chita Rivera raised the room temperature with “All That Jazz” from the musical “Chicago,” and husband-wife Broadway producers Barry and Fran Weissler were presented with the AFRMC Award of Excellence. Three of the Weisslers’ shows currently playing on Broadway are a revival of “La Cage aux Folles,” the musical “Come Fly Away” and the new, highly praised Kander and Ebb musical, “The Scottsboro Boys.” Rodney Hicks, one of the stars, performed a solo from the show.

“There are about 1,000 people in this room,” said Melvin Bukiet, a chairman of the November 7 “Liberation 65 Years Later” annual tribute dinner of the American & International Societies for Yad Vashem, held at the Sheraton Hotel, in Midtown Manhattan. “Every table has extra people, so it doubles and triples the attendance. They inhabit this room exponentially [to contain] 6 million spirits.” Not only did survivors take center stage, but their children and grandchildren do so, too. “They are,” as ASYV’s founder and chairman, Eli Zborowski, declared in Yiddish, “di goldene keyt — the golden chain, continuity.” Jeremy Halpern, a chairman of the organization’s Young Leadership Associates, declared, “The third generation has the responsibility… to carry on so that our children will know what this is all about.”

The speakers’ roster included dinner co-chair Marilyn Rubenstein; YLA members Rebecca Hanus, Caroline Massel and Boaz Zborowski, and David Halpern, one of the general chairmen. Yitzhak Arad, chairman of the Directorate of Yad Vashem from 1972 to 1993, was presented with the Yad Vashem Remembrance Award. Mark Moskowitz was honored with the Leadership Award. A son of survivors, he is president and CEO of Argo Real Estate, LLC, a company his father started in 1952, a year after immigrating to the United States. Of the 150 or so congratulatory pages in the dinner journal — each partnered with a photo of a postliberation moment — one was most emblematic of the ethos of the YLA. It shows a group of nurses holding up a newborn infant. The caption reads, “A festive gathering on the occasion of the birth of the thousandth baby in the DP Camp Bergen Belsen, Germany.” Di goldene keyt, indeed.

Zamir Chorale’s October 31 50th Anniversary Gala Benefit Concert at Carnegie Hall’s Stern Auditorium/Perelman Stage was, according to conductor Matthew “Matti” Lazar, “a trans-generational event.” During our post-concert chat, Lazar stated, “It was no small feat for an artistic [entity] to hone to its mission the highest aesthetic standards, its loyalty to Jewish culture and the State of Israel for half a century.”

Co-chaired by Ruth Westheimer and Theodore Bikel (who also performed), the concert was conducted by Lazar and Zamir’s founder, Stanley Sperber, and, Lazar said, beaming, “brought together 160 alumni from all over the world…. There were 350 onstage! [Preteens] from the HaZamir choir — 12-year-olds singing alongside 70-year olds.” Lazar mused: “There are few places in the world you can experience this kind of unity.” Elie Wiesel, Zamir’s honorary chairman, presented Lazar with the Visionary Leadership Award. Sperber received the Founder’s Award.

Lazar mused: “We broke the windows of time… renewing old days in a new way. Each group had a chance to go back in time and forward in time.” The program encompassed a wide swath of music — liturgical, traditional, multicultural. Bikel sang “Nye Bayuss Ya” (“I’m Not Afraid”) in Russian; Cantor Alberto Mizrahi performed Lazar’s arrangement of “Tum Balalaika,” which the program listed as a Russian folk song. However, audiences and Workmen’s Circle school alumnae have appropriated this as one of the most recognizable audience sing-along Yiddish songs. A special moment was the Zamir Chorale’s rendition of Salamone Rossi’s “Hallelujah” (Psalm 146). The program notes inform: “Salamone Rossi (1570-1628) was the first composer to employ Western harmonic techniques to illuminate Jewish texts. The Zamir Chorale is proud to have been the first modern Jewish chorus to make his music a regular part of its repertoire and to acquaint audiences with his pioneering work. ” Mazel tov and bravo!