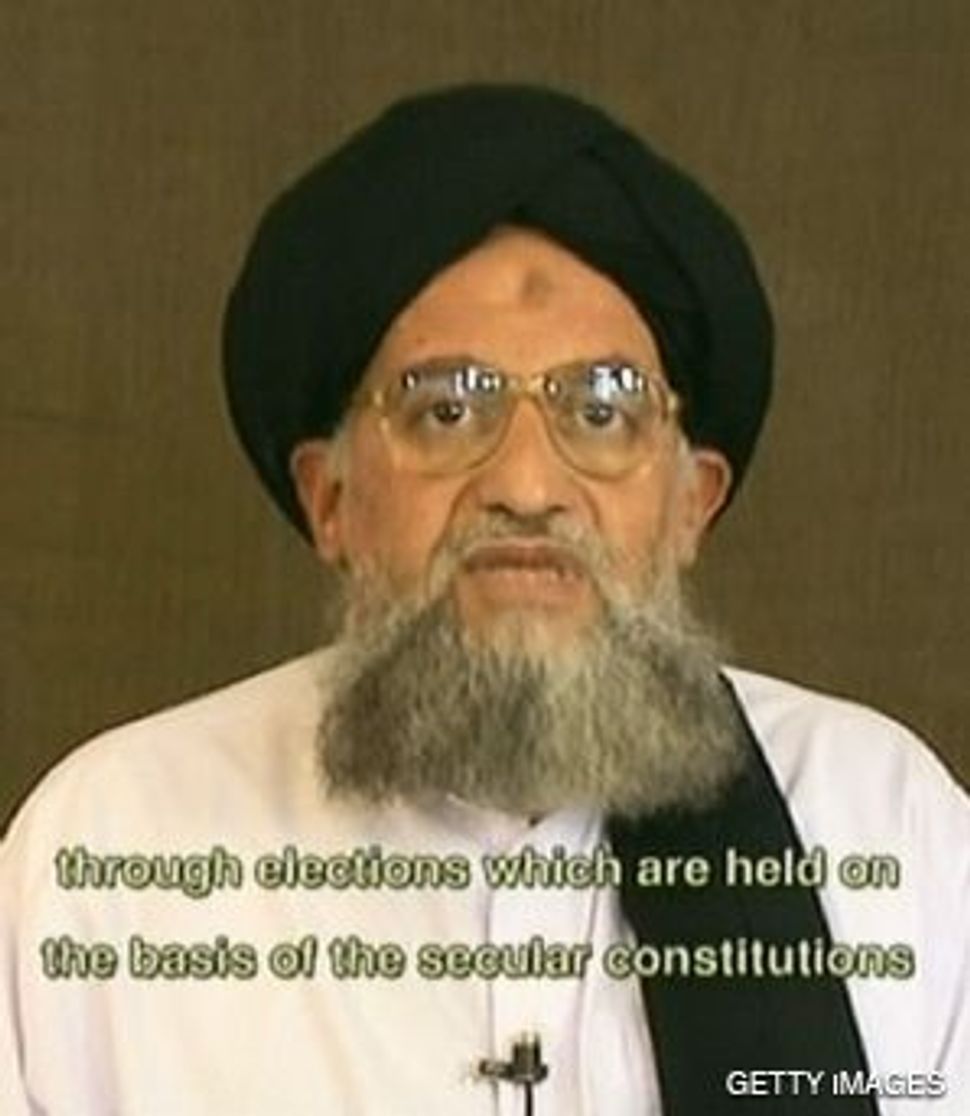 A recent flurry of signals from Al Qaeda leaders has fueled concerns among terrorism experts that Al Qaeda could be setting up to launch an attack on Israel. 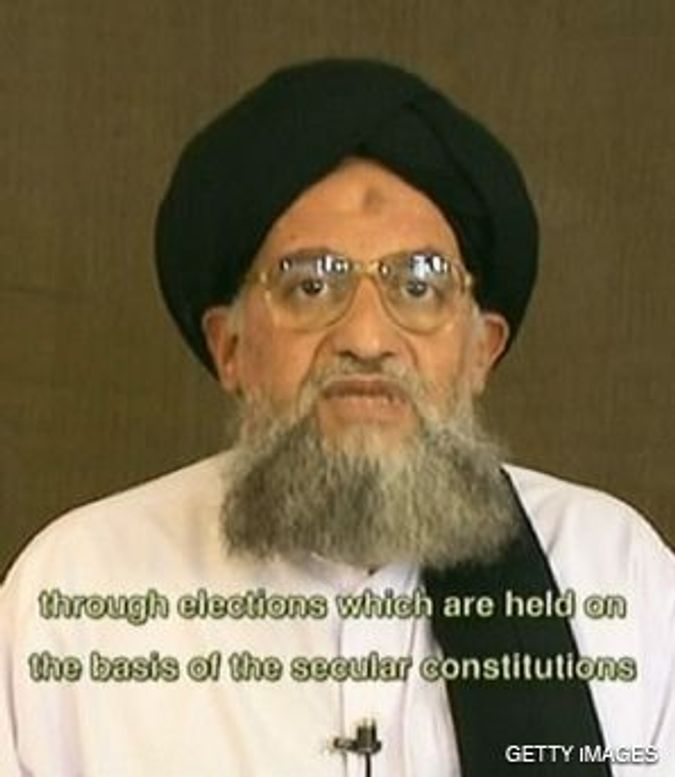 The worries about an impending attack actually grow out of the apparent struggles of the terrorist network, visible in mounting criticism from former members and leading Muslim theologians.

In recent weeks, the CIA chief has claimed that Al Qaeda had suffered setbacks in Saudi Arabia and Iraq, and lengthy exposés in The New Yorker and The New Republic have detailed the inner debates raging within Al Qaeda, especially due to resentment over its indiscriminate killing of Muslims.

This perceived weakening has some experts predicting that Al Qaeda leaders would seek to repair the group’s image — and prove the skeptics wrong — with a spectacular attack on Israel, the one target on which all Muslim extremists seem to be able to agree.

“Regardless of how Al Qaeda is faring at any given time, it would always seize any opportunity to strike at Israel, which it regards as an illegitimate creation of the Crusader enemy,” said Bruce Riedel, a former CIA officer and member of the National Security Council who is himself dubious about the alleged struggles of Osama bin Laden’s group. “If Al Qaeda has a means to strike Israeli targets, it will do so.”

While Al Qaeda has mentioned the Palestinians’ situation and urged militants to attack Israeli interests in previous years, the intensity of its calls to action have picked up in recent months.

In early April, Ayman Al-Zawahiri, Al Qaeda’s second in command, responded to questions submitted online, many of which asked about the group’s failure to strike Israel. He endorsed “every operation against Jewish interests” and promised to “strive as much as we can to deal blows to the Jews inside Israel and outside it.”

In response to several questions about where Al Qaeda is headed next, Zawahiri responded, “I expect the jihadi influence to spread after the Americans’ exit from Iraq, and to move toward Jerusalem.”

That same month, he reportedly issued a message blasting Hamas over its alleged readiness to consider a peace deal with Israel. The Al Qaeda leaders have chosen symbolic dates to speak out. Bin Laden himself issued an audiotape on the occasion of the 60th anniversary of Israel.

“We will continue, God permitting, the fight against the Israelis and their allies…. We will not give up a single inch of Palestine as long as there is one true Muslim on earth,” said the voice, allegedly bin Laden’s, in a May 16 tape.

Earlier this month, in an Internet audio message marking the anniversary of the Six Day War, Zawahiri urged Palestinian militants in Gaza to escalate attacks on Israel.

Ephraim Sneh, a former Israeli deputy defense minister, said that while there had been no actual evidence of an Al Qaeda presence per se in the Palestinian territories, the threats of its leaders should be taken seriously and their ideology was gaining ground.

“They do what they say, so no one should discount them,” Sneh told the Forward. “What we see in Gaza are small but active likeminded groups who share their worldview and target Christian institutions or Internet cafés.”

Sneh pointed to Lebanon as a place near Israel where Al Qaeda already has a significant presence. Several small groups have cropped up in recent years in Palestinian refugee camps across Lebanon, first and foremost the Fatah al-Islam movement, which was forcibly evicted by the Lebanese army from the Naher al-Bared refugee camp after a prolonged battle last summer.

Fatah al-Islam’s ties to Al Qaeda have been a matter of dispute. Kohlmann, whose work involves tracking and translating statements from Islamist terrorist groups, claims that the movement was endorsed early this year by Al Qaeda’s Iraqi arm when the group decided to open shop in Gaza. Kohlmann says that in January, Fatah al-Islam announced its official presence in Gaza in a statement. A month later, its military commander, Abu Abdelrahman al-Ghazzawi, issued his first audio recording declaring his intention to bring the wrath of Fatah al-Islam to the alleys of Gaza from the streets of Lebanon.

Still, Fatah al-Islam and other Al Qaeda-related groups have much less clout in the Palestinian areas than groups like Hamas, the Al-Aqsa Martyrs Brigades or Palestinian Islamic Jihad, all of which are not affiliated with Al Qaeda.

“The reason that Fatah al-Islam appeals to Al Qaeda leaders is that it is willing to toe the line with Al Qaeda’s ideological platform, whereas Hamas and other groups don’t share those same ambitions,” Kohlmann said. “We’ll have to see whether Fatah al-Islam in Gaza is able to progress beyond a few marginalized squads of militants… into a well organized and deadly bin Laden franchise outfit.”

Chuck Freilich, a former deputy Israeli national security adviser, believes that the threat from Al Qaeda is “very serious, and Israel rightfully treats it as such.”

“Any difficulties they may be having today aside, they are still a potentially potent organization and have to be treated as such,” Freilich said. “Also, unlike Hezbollah and Hamas, they really have nothing to lose here, and being fundamentally nihilistic is an especially dangerous threat.”