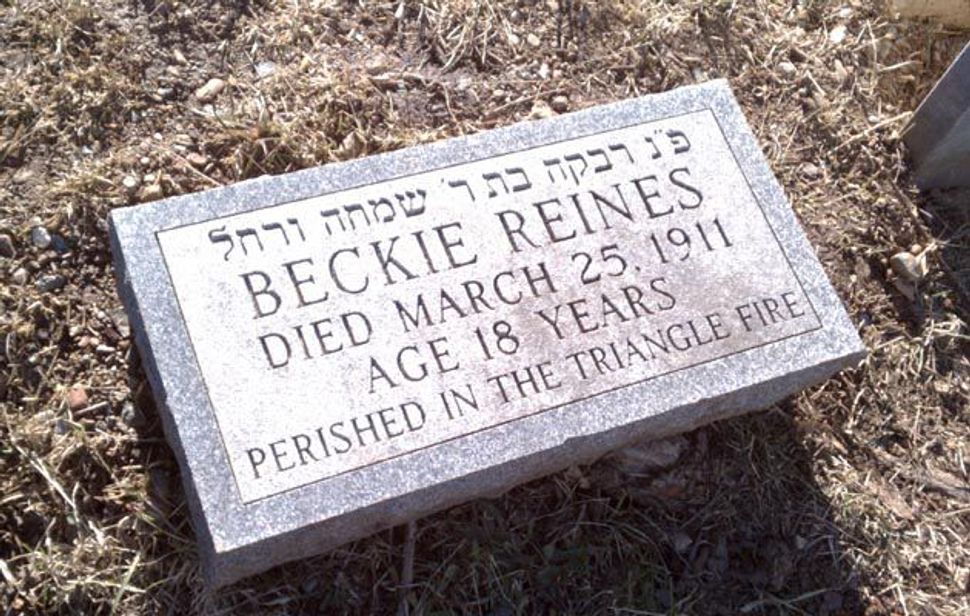 Remembering the Victims: The gravesite of a young woman who died in the Triangle fire. She is buried at Mount Richmond Cemetery on Staten Island. Image by Jon Kalish

Scores of events have been scheduled to mark the 100th anniversary of the Triangle Shirtwaist Factory Fire. The workplace disaster took place March 25, 1911, and killed 146 people — most of them young Jewish and Italian immigrant women. The Forward speaks with the filmmakers behind an HBO documentary on the fire, the composer of a new oratorio about the tragedy, and descendants of those who died in the blaze, among others commemorating the somber anniversary.