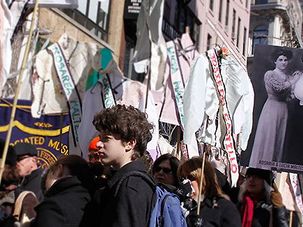 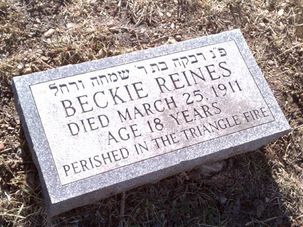 Scores of events have been scheduled to mark the 100th anniversary of the Triangle Shirtwaist Factory Fire. The workplace disaster took place March 25, 1911, and killed 146 people — most of them young Jewish and Italian immigrant women. The Forward speaks with the filmmakers behind an HBO documentary on the fire, the composer of a new oratorio about the tragedy, descendants of those who died in the blaze, and strangers who visit the graves of the victims, among others commemorating the somber anniversary. 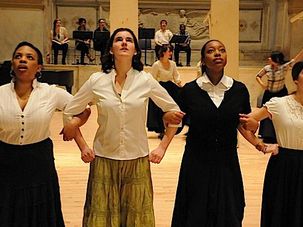 Composer Elizabeth Swados has dramatized tragedy before, but never the fear that rises from the gut when flames are sweeping nearby and escape is far away. In creating the music for the most terrifying moments in an original oratorio for the centennial of the Triangle Shirtwaist Factory Fire, Swados turned to raw instinct. 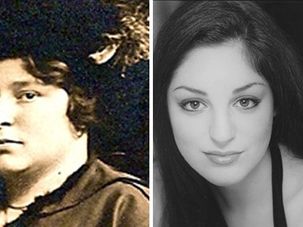 Like all other mornings, on March 25, 1911, Rose Bernstein had planned to arrive at 245 Greene Street, in Manhattan’s Greenwich Village, and begin working. Instead, a sibling fell ill, so she stayed home — thus avoiding the tragic fate of other colleagues who died or were injured in the Triangle Shirtwaist Factory Fire later that day. 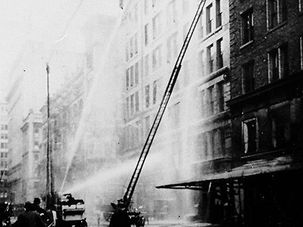 Piece by piece, the everyday blouses were assembled by hand, crafted in small steps from cuffs to collars, from basting to buttons. In cramped quarters, garment factory workers stitched the seams, fitted the sleeves and attached the lace as hundreds of $3 shirtwaists took form.