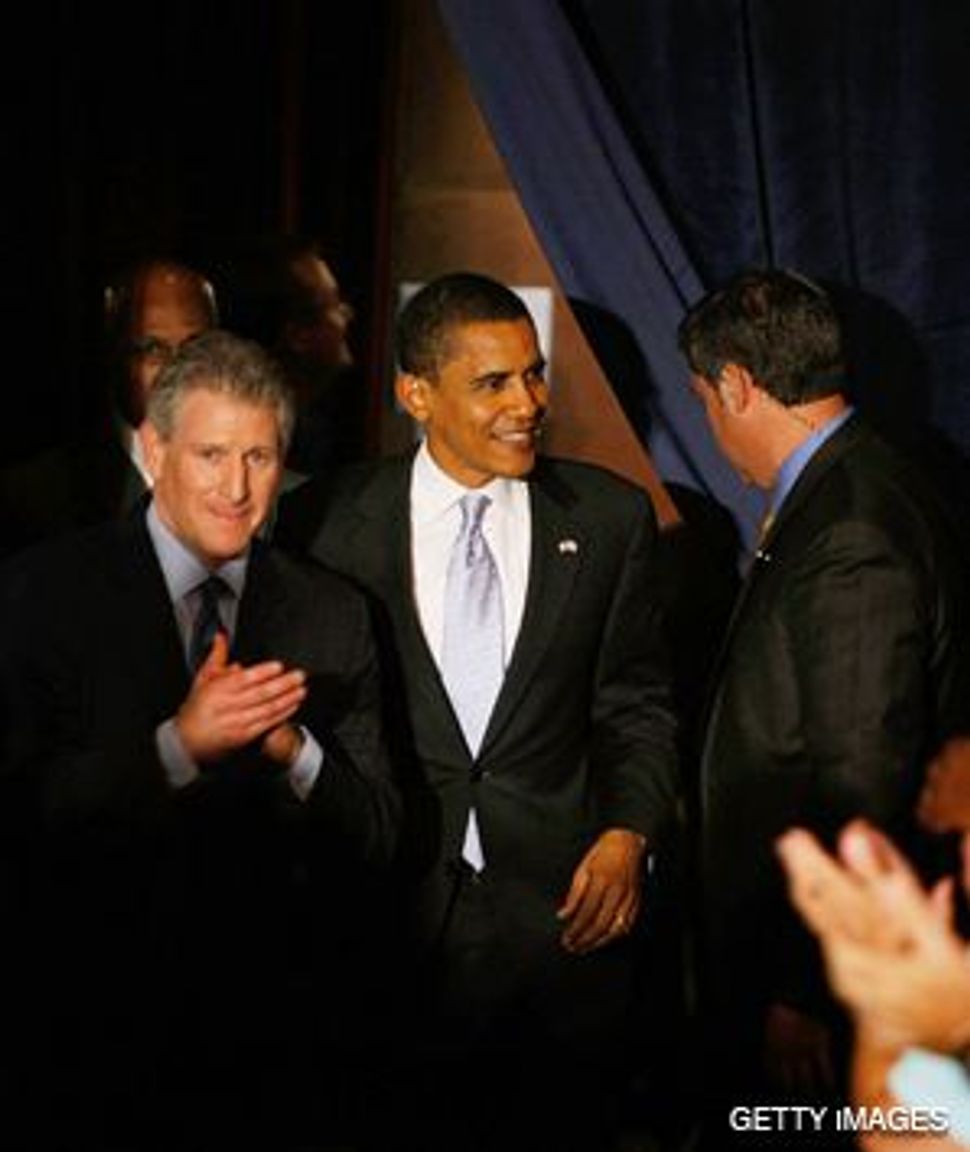 Wexler: Rep. Robert Wexler of Florida, left, has been among the lawmakers who have been part of an aggressive outreach program to Jewish voters on behalf of Barack Obama.

About 150 Jewish voters gathered in June at a private home in Los Angeles for what marked a new phase in Senator Barack Obama’s outreach effort to the Jewish community. 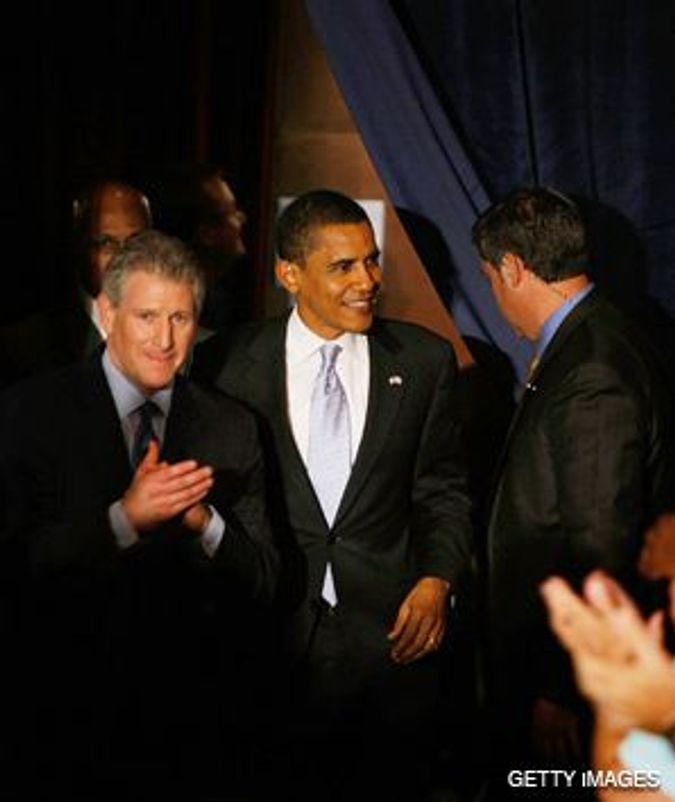 Wexler: Rep. Robert Wexler of Florida, left, has been among the lawmakers who have been part of an aggressive outreach program to Jewish voters on behalf of Barack Obama.

Some were longtime Obama supporters who came to hear what kind of help they can offer as the campaign moves to the general election from the primary. Some were backers of Senator Hillary Clinton hoping to learn more about the candidate and get some answers to questions about his views on Israel, the Middle East and domestic issues of concern for Jewish voters.

The event itself, led by Rep. Howard Berman and former congressman Mel Levine, resembled any other meeting with Jewish voters in which the candidate’s foreign policy is praised and a call is voiced to bring out the Jewish vote come November elections.

But it was nonetheless a first for the Obama outreach effort — a launch of what the Democratic presumptive nominee’s campaign is calling Jewish Community Leadership Committees.

These teams are part of a larger attempt by the Obama campaign to enhance its Jewish-outreach operation and focus on introducing the Illinois senator to the Jewish community. This effort also includes a drive to bring in all available Jewish members of Congress to speak on behalf of the candidate and secure votes from their home districts.

The Los Angeles gathering was private and not open to the media, and is meant to be the first of many such events. The Obama campaign is generally selecting co-chairs of the local JCLCs from the ranks of congressional delegations and leading Jewish figures. In Los Angeles, Berman, Levine and Reps. Henry Waxman and Adam Schiff chair the committee.

“These committees will be our grass-roots base,” a campaign official said. “They will serve as a local address where Jewish supporters can come and help the campaign or raise questions and concerns.”

Coordinating all this outreach nationwide is Eric Lynn, the Obama campaign’s Middle East policy adviser and Jewish community liaison. Lynn is part of a team helping to shape Obama’s policy on Israel and the region and to market it to Jewish voters, who, according to campaign officials, are still somewhat unaware of the Illinois senator’s record and of his views on these issues.

Several members of Congress are already on board; most active among them is Florida’s Robert Wexler, who is working with the more conservative Jewish voters in his congressional district. Other Jewish lawmakers already working with the campaign include Illinois Rep. Jan Schakowsky, New Jersey Rep. Steve Rothman and New Jersey Senator Frank Lautenberg. Levine is also reportedly playing an important role in shaping foreign policy and making the appeal to Jewish voters.

While what campaign officials call a “robust outreach effort” to the Jewish community is being planned, the next major step is a possible visit by Obama to Israel before November. The campaign would not confirm any overseas travel plans, but according to press reports, the candidate plans to stop in Israel as part of a pre-election visit to Iraq and Afghanistan. “We can only say that the Senator enjoyed his previous trip to Israel and is looking forward to visiting again,” a campaign official said.