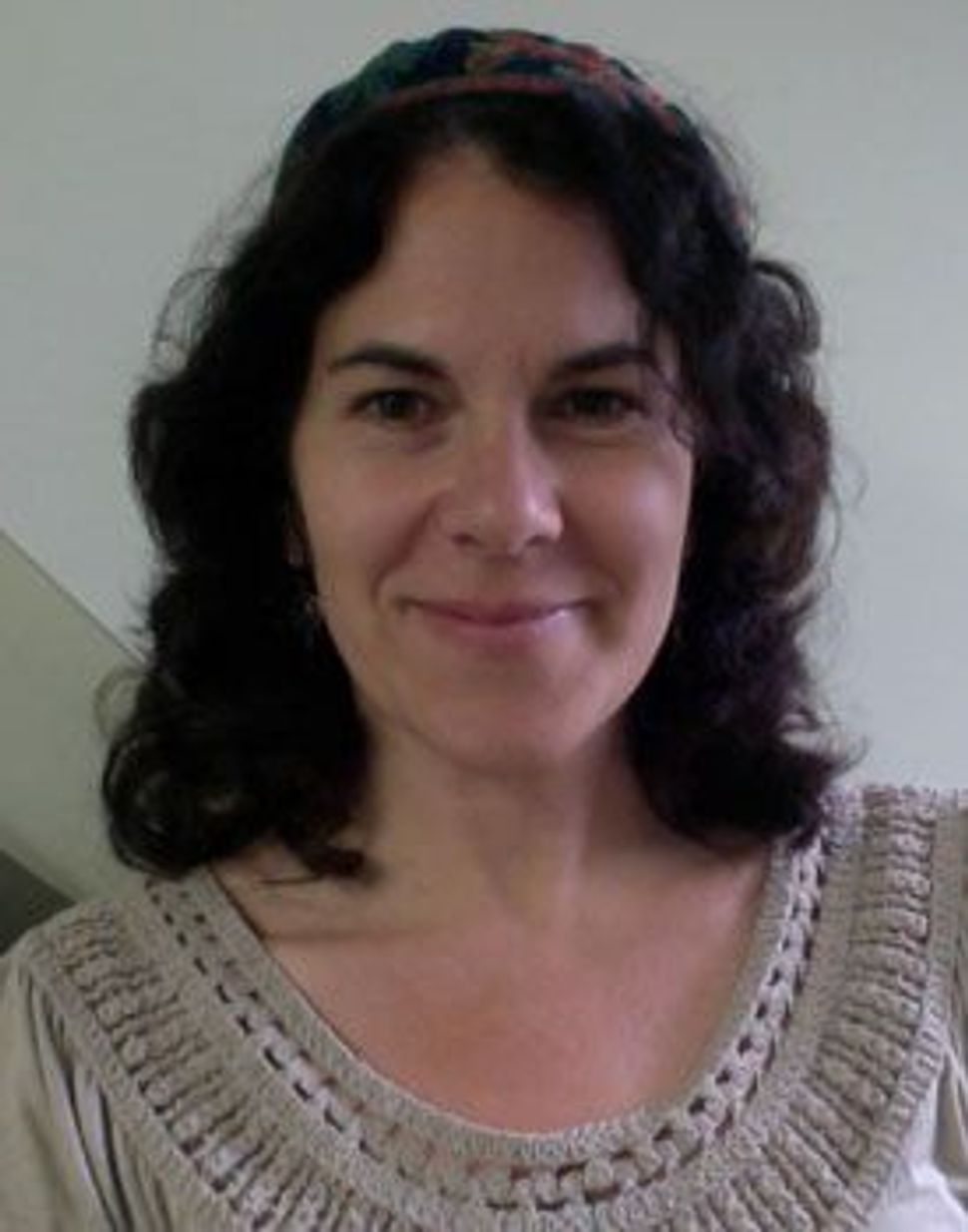 What?s in a Name? Stern-Kaufman is choosing the title ?rabba,? over ?rabbi.? Image by Courtesy of Jewish Academy of Religion

Kaya Stern-Kaufman is graduating from rabbinical school this spring, but she says she will not always be called “rabbi.” Instead, the 47-year-old mother of two will also use the title “rabba,” making her the first woman to specifically choose this Hebrew feminized version of “rabbi” as a preferred moniker.

Just what this will mean, however, is unclear. After initially announcing her choice in a press release issued by her school, The Academy for Jewish Religion, Stern-Kaufman said she will use either rabbi or rabba, depending on the circumstances.

“I can’t predict every situation,” she said, in an interview, when pressed to explain. “It will be just sometimes ‘rabba’ and sometimes ‘rabbi,’” depending in part on whether she is working in a Jewish or general setting.

This straddling is a choice that distinguishes her from the first woman to ever receive the rabba title. Sara Hurwitz, who had the title conferred upon her in a 2010 special ceremony, is an Orthodox spiritual leader whose Orthodox mentor devised the term on his own to address objections that he was breaking with the tradition that reserves the title “rabbi” for males. 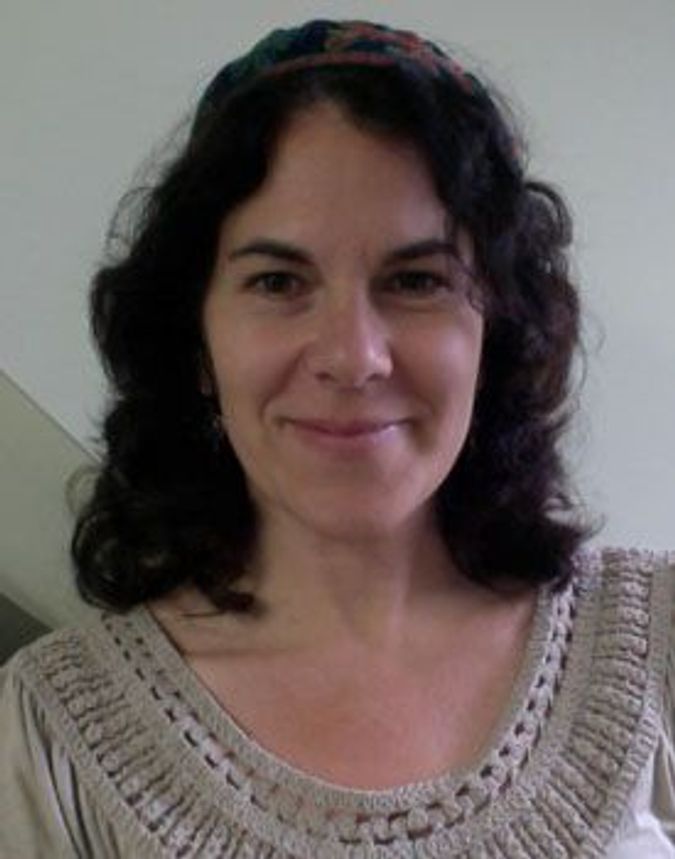 What?s in a Name? Stern-Kaufman is choosing the title ?rabba,? over ?rabbi.? Image by Courtesy of Jewish Academy of Religion

Stern-Kaufman said she does not object to the English term “rabbi,”which she considers similar to “doctor” or “lawyer.” But the Hebrew word rav, said Stern-Kaufman, using the usual term in that language for “rabbi,” “is exceedingly masculine. It is not who I am.”

In Hebrew, where nouns have gender, the term rav is, in fact, classified as masculine.

Stern-Kaufman, who is completing her studies at the pluralist-oriented Academy for Jewish Religion, said: “I bring with me a feminine consciousness. Women think differently and see things differently than men, and my Torah teachings are cast differently than men’s teaching. Women have the capacity to bring a more holistic and healing aspect of Jewish teaching.”

Stern-Kaufman’s decision to willingly choose the rabba title for her ordination marks a new twist in the recent emergence of this term, and one that Jewish feminists seeking equality for women as religious leaders are bound to debate intensely.

Rabbi Susan Grossman, one of the first female rabbis to be ordained by the Conservative movement’s Jewish Theological Seminary, questioned the gender stereotype Stern-Kaufman attached to her chosen title.

“To assume that only women can be spiritual in this way does a disservice to our male colleagues and generations of Rabbis past, many of whom have been among our greatest spiritual leaders,” wrote Grossman via e-mail to the Forward. Grossman is spiritual leader of Congregation Beth Shalom in Columbia, Md.

Stern-Kaufman’s choice follows Hurwitz’s controversial acceptance of the title rabba last year from Avi Weiss, an Orthodox rabbi who ordained her as a spiritual leader the year before. It was an event that sparked heated opposition and sharp debatesy over whether Orthodoxy can accept female religious leaders.

Weiss devised the honorific in part to take into account Orthodox objections to women assuming the title of rabbi and all that this might imply about breaking with a tradition that reserves that word for males. But in the end, Orthodox leaders forced Weiss to back down even from this position and to promise not to confer the title on any women again.

Stern-Kaufman says she feels “a deep kinship” with Hurwitz, as well as with “all the women in the Orthodox world who are working on empowerment as spiritual leaders.” Hurwitz, in turn, told the Forward, “I am glad that others are finding meaning” in the title rabba. “I am happy for Kaya, and wish her much success.”

The Academy for Jewish Religion, where Stern-Kaufman will be ordained, is a co-ed, pluralistic rabbinical and cantorial

Ora Horn Prouser, the school’s dean, explained that the academy decided to give its students the choice to be ordained as “rabba” when the Academy of the Hebrew Language, a body established by the government of Israel in 1953 as the official arbiter of Hebrew language usage, announced that rabba (rava) would be the official Hebrew feminine form of “rabbi” following Hurwitz’s ordination.

“We had a number of students last year who asked to be ordained as rabba,” Prouser said. “We came to the conclusion that we wanted to give our students the choice.”

Among other pioneering women clergy, reactions to Stern-Kaufman’s decision produced mixed responses. Rabbi Jacqueline Koch Ellenson, director of the Women’s Rabbinic Network, said, “For me, I felt completely comfortable inhabiting and using the title ‘rabbi.’ In fact, it was extremely important to me that my title be the same as that of my male colleagues, and now, 27 years after my ordination, I wear the title proudly.”

Reb Mimi Feigelson, the first woman to receive Orthodox ordination (via a private ceremony in the 1990s), said: “I do not believe that being a rav/rabbi is a gendered position. It touches upon the essence of who the human being is and how their Creator calls them to service.” She generally uses “Reb” — a form of the Hasidic honorific “Rebbe — in order to “honor the Hasidic lineage that I’m aligned with,” but signs “rabba” on official Hebrew documents.

Stern-Kaufman also sees herself as fighting for women’s rights. “In my youth, I was denied the opportunity to be deeply engaged with Torah,” she said. “That is a real loss for women’s development. Today I take tremendous joy and delight in being able to chant Torah and haftorah. These are vital tools for increasing women’s spiritual development.”

Stern-Kaufman has spent time in all three major denominations of Judaism, including her studies at Orthodox institutions in her youth. But she does not affiliate with any particular movement. Stern-Kaufman said she aims to foster healing among Jews. “Frequently the movements have more to do with maintaining their own movement than maintaining a vibrant Jewish life for the entire Jewish community,” she said. “I hope that by entering the rabbinate, I will empower myself to bring healing and wholeness to the Jewish community and the whole people of Israel.”