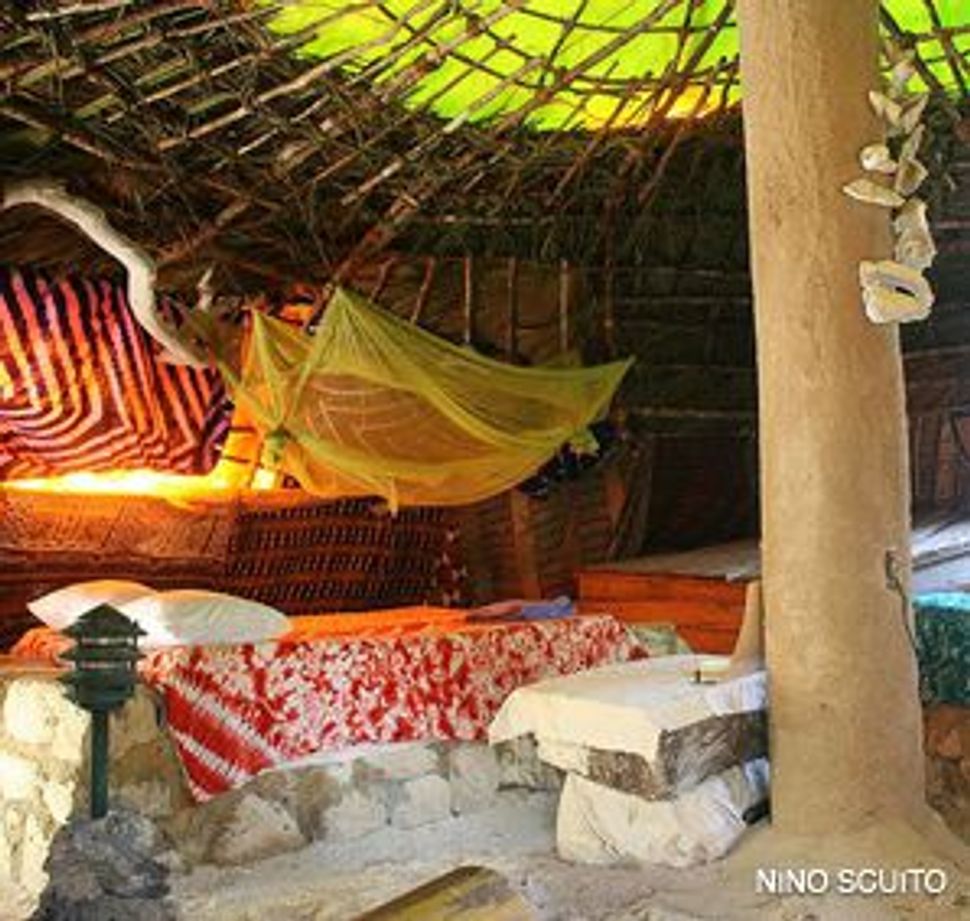 Follow the smells of jerk chicken, down the dirt road past Boston Beach, where the shifting azure waters hold surfers poised on the edge of a wave. Open the heavy bamboo gate at Jamaica’s Great Huts resort, and behold the colorful mural above the deck, a reproduction from the fifth-century Ma’on synagogue in Israel. 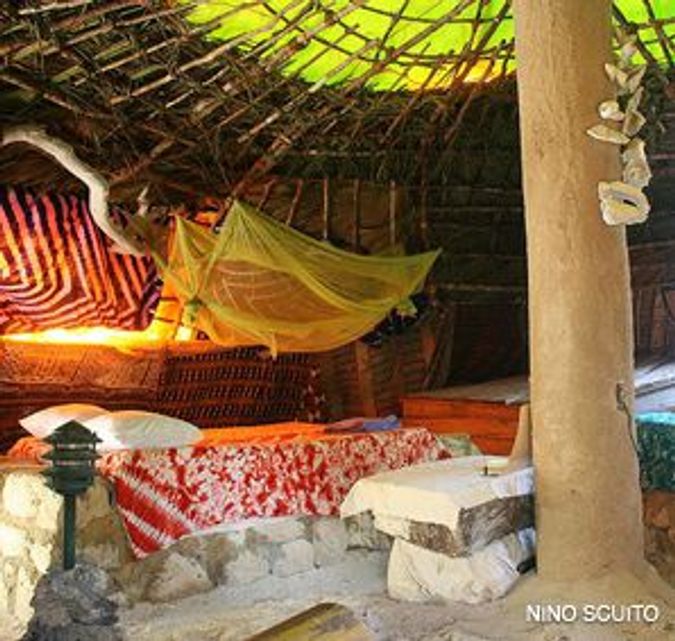 This is Jamaica? An unusual resort perched on a spit of land that juts into the Caribbean Sea near Port Antonio, on the island’s resplendently green east coast, Great Huts is the brainchild and life mission of Dr. Paul Rhodes, who was born and raised in Brooklyn in a Jewish family. Rhodes is currently offering Jewish cultural tours, unearthing a rich and varied Jewish past mostly hidden from the typical Montego Bay tourist. Wander Jamaica’s farther reaches, and you will stumble upon Jewish islanders living idiosyncratic yet compelling versions of Eden.

Rhodes, who eventually left Brooklyn to settle in Washington, D.C., first came to Jamaica as a medical student. His love for the people of the island developed as he worked in the almshouses. “I was so moved by what I found there,” he said when I spoke with him in the spring. “The old people were so prayerful and spiritually robust.” In their hymns and chanting, Rhodes heard echoes of his grandfather. The elders’ sense of community reminded him of his boyhood summers spent at Makowsky’s bungalow colony in New Paltz, N.Y.

After working for 25 years in a geriatric practice in a suburban office in D.C., Rhodes was tired and disillusioned. He won the acreage for Great Huts at an auction and opened this anti-resort: a scattering of huts and tented rooms built of local materials, an open-air kitchen, stone steps and hammocks galore. Rhodes is intent on keeping alive a more authentically Jamaican culture that he sees as threatened by the European villa syndrome.

Rhodes’s cultural tours touch upon 350 years of a continuous Jewish presence on the island that goes back to the first Marrano who came here on Columbus’s ships. The tours begin in a hotel in Kingston, the city that is the former home of the Matalone family, one of the early Jewish Portuguese settlers in Jamaica. Indentations in the paint of the right upper doorframes of the house — ghostly images of mezuzas — recall the hotel’s Jewish roots. On to the one surviving synagogue in Kingston, the United Congregation of Israelites, for Sabbath services, and then a stop at the cemetery, where of 300 Jewish graves dating back to the 1500s, about 50 are engraved with the skull and crossbones insignia. Jamaica’s history includes a chapter on Jewish pirates, a long-forgotten partnership of Jews and pirates in the 15th century against their common enemy — the Spanish government. There are around 200 Jews living in Jamaica today, according to a figure cited by Ben G. Frank in his book “A Travel Guide to the Jewish Caribbean and South America” (Pelican, 2005). Most are intermarried couples with multiracial spouses, according to Frank.

Another one of Rhodes’s favorite subjects is the connection between Rastafarians and Judaism. “The Rastafarians emphasize the Old Testament, they are biblically kosher, they follow the dictum of not using a razor, and their songs of peace and love are peppered with quotes from psalms,” he said. Themes of freedom and justice integral to the Old Testament were an inspiration to the early Rastafarians, and many classify their religion as Judaism and view themselves as the true Israelites. Rastas believe that they are descendants of the 12 tribes of Israel.

Rhodes senses roots in Jamaica, real or imagined. Images of the Lions of David everywhere on the island — carved into church facades and painted on signs at the gas station — seem to tell us that although the Jewish population of the island has dwindled, a half-submerged legacy remains.

A rough 20-minute ride down a bumpy, pockmarked road studded with shacks sits Hotel Mockingbird Hill. Nestled in the emerald hills, the small, upscale, environmentally conscious hotel is the creation of Barbara Walker and Shireen Aga. When I met Walker, she was tending the gardens of the Mockingbird, fingers stained with dirt, placid in a virtual sea of pink, yellow and orange bougainvillea.

Walker and her partner, both daughters of women who survived the Holocaust, are living out an unusual version of tikkun olam at the Mockingbird, combining a holistic approach to environmental tourism with a commitment to social justice. “Whereas many think of the environment as air and water — the physical — we are defining environment as physical and social,” Walker said.

Besides running the hotel and open-air restaurant, which features authentic Jamaican cuisine culled from local farms, the women give financial support to a nearby school and a small transportation company, and participate in a women’s project that produces handmade paper by recycling old hotel office paper.

Walker speaks with a sense of mission that acknowledges a twin inheritance: her Jamaican father, who was an ambassador to the United Nations, and her Jewish mother, who was sent with a children’s transport to Holland and later escaped to the United Kingdom.

“She left religion to us,” Walker admitted, noting that her mother also instilled in Walker a love and reverence for the earth, a sense of the sacred that reaches back to Leviticus.

Tending her gardens in the looming green above Port Antonio, Walker seems to have found her jeweled splendor. And so has Paul Rhodes, the Jewish kid from Brooklyn. In their own ways, they reflect 350 years of an unbroken Jewish presence on this unlikely island in the Caribbean Sea. Half-hidden, they glimmer.

Shelly R. Fredman is a New York writer whose work has appeared in anthologies and literary journals.