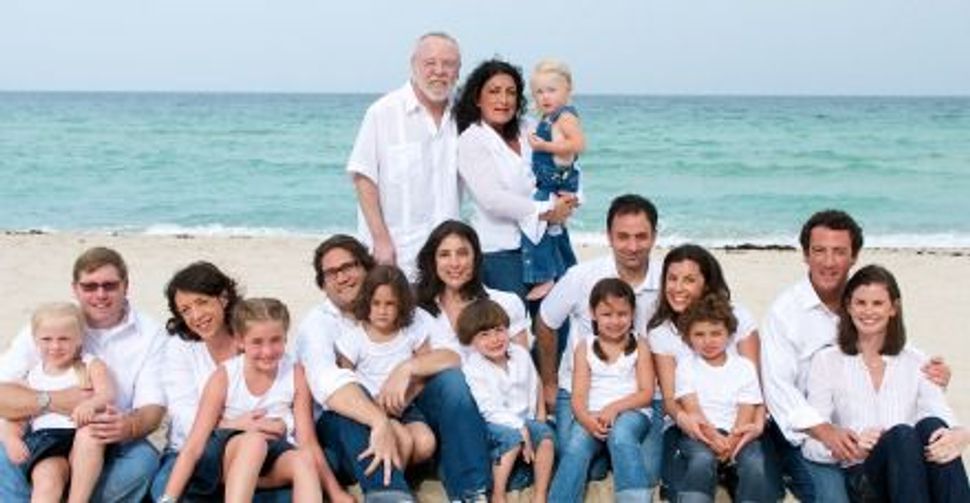 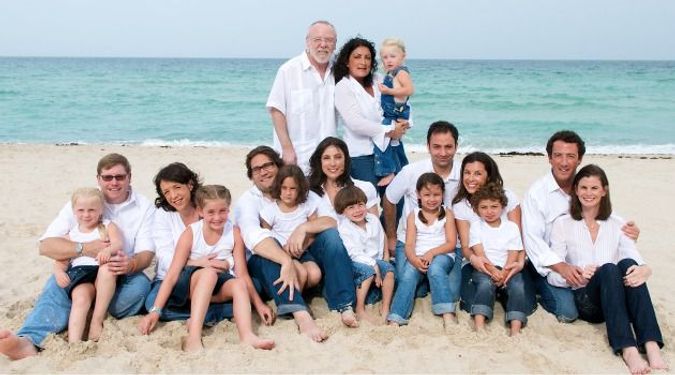 Family Affair: Betti and Carlos Lidsky, top, got involved in research fundraising after three of their children were diagnosed with retinitis pigmentosa. Image by YAMILA LOMBA, YAMILAIMAGES.com

One night when Daria Zawadzki was 17 years old, she drove into oncoming traffic. Although no one was hurt, the accident convinced her that ?there was something wrong.? Zawadzki had been driving for a year, yet she could hardly see at night and wondered how others navigated roads in the dark.

There were other incidents, too. She kept bumping into things and once even walked off the stage in her high school auditorium.

After a friend suggested she might have a vision problem, Zawadzki went to an ophthalmologist. The diagnosis: retinitis pigmentosa (RP), a rare disorder in which the retina degenerates and a person goes blind over time. Given the genetic basis of the disease, Zawadzki?s mother, Betti Lidsky, took her other children to be tested as well. It turned out that Zawadzki?s older sister, Ilana, and younger brother, Isaac, also had RP; only the youngest sister, Ronit, was free of the condition.

?When our children were diagnosed, we became involved with the research,? said Betti Lidsky, a social worker and attorney from the Miami area who chairs Hope For Vision, the non-profit organization founded in 2004 by her son Isaac. ?We immediately started fundraising.?

The Lidsky siblings were diagnosed in 1992 and 1993. At the time, researchers had discovered two or three genes associated with RP, but not the one connected to the disease in the Lidskys. By 2009, scientists had found nearly 40 RP genes, but the Lidsky family?s DNA kept coming up negative for each one.

Finally, last summer all that changed. A team led by Margaret Pericak-Vance, director of the John P. Hussman Institute for Human Genomics at the University of Miami Miller School of Medicine, and Dr. Byron Lam, medical director of visual physiology at the Bascom Palmer Eye Center at the Miller School, identified the gene and mutation responsible for the Lidskys? RP. The findings were published in The American Journal of Human Genetics in February. A second, independent study by researchers in Israel and Philadelphia, published back-to-back in the same issue, found that 10% to 15% of Ashkenazi Jews with RP have the same mutation on the same gene.

Yet, this is not just another article about the discovery of a mutation for a rare Ashkenazi Jewish disorder. Rather, this is the story of how a new scientific technique called ?exome sequencing? is taking genetics by storm, greatly speeding up gene discovery, improving patient diagnoses and, experts say, promising to bring scientists closer to treatments. ?It?s going to revolutionize genetics,? said Pericak-Vance.

The human genome consists of some 3 billion letters of DNA, but only about 1% of these actually code for proteins ? this fraction is called the exome. Collectively, approximately 85% of genetic disorders are caused by mutations in the exome, which makes it a good place to start when looking for the genetic underpinnings of disease.

In sequencing, scientists read out all 30 million DNA letters in the exome and run computer software to search for alterations that could be linked to disease. This approach ? which has been possible for only a few years, thanks to rapidly declining technology costs ? is significantly quicker than older techniques, in which scientists spent years narrowing down what DNA to sequence based on disease biology and family pedigrees.

Now, however, scientists can send off a biological sample to a commercial laboratory and, for less than $3,000, receive full sequencing for all 20,000 human genes of the exome. And they don?t necessarily need multiple affected family members for a study. In this way, over the past year, researchers have pinpointed genes responsible for autism, cancer, severe brain malformations and inflammatory bowel disease, among other ailments, with little to no advance hypotheses for which genes would be linked to the diseases.

?Think about these poor families,? said Yaniv Erlich, a geneticist at the Whitehead Institute for Biomedical Research in Cambridge, Mass. ?They have this disorder, and no one knows what the cause is or how to prevent their future offspring from suffering from it. Before it took many years, many families and many researchers. Now you can analyze it in a single family with a reasonable budget in a short period of time.?

Investigators studying Jewish diseases are embracing the technology as well. For example, Bonei Olam, a Brooklyn-based organization that assists families with infertility and funds research into undiagnosed Jewish genetic diseases, has teamed up with scientists from around the world and turned to exome sequencing to solve more than two dozen previously intractable genetic cases, according to Chaim Jalas, Bonei Olam?s director of genetic resources and services.

Exome sequencing has even revealed Jewish disorders by accident. At the University of Washington Medical School in Seattle, Mary-Claire King, professor of genome sciences and medicine, and her collaborators were using the technique for one condition when they stumbled upon the gene for another, pentosuria. A benign condition in which a person accumulates the sugar xylulose in the urine, pentosuria was confused with diabetes in the first half of the twentieth century, often causing misdiagnosed individuals to receive insulin with disastrous consequences. King reported her preliminary findings in June at the Sheba Legacy Conference in Herzliya, Israel.

In Israel, too, Dr. Orly Elpeleg, director of the genetics department at the Hadassah-Hebrew University Medical Center, has identified 12 new disease-causing genes using exome sequencing ? some in Jews and some in Palestinians. These include mutations for a new type of familial dysautonomia, for deafness and for juvenile Parkinson?s disease, she said.

In April, Elpeleg, together with Erlich, reported in the journal Genome Research how they used exome sequencing to discover the gene responsible for a rare form of hereditary muscle disease in a single Palestinian family. And last year, the two were authors on a study that employed the technique to help identify the gene in Ashkenazi Jews associated with Joubert syndrome, a rare neurological disease. Elpeleg is still preparing her other findings for publication.

Yet, Elpeleg cautions about a key shortcoming in using exome sequencing to study Jewish genetic diseases. Samples from Jews and others of Middle Eastern descent were not included when scientists created the database of common ?healthy? DNA variations ? an omission that can make identifying disease-causing mutations among Jews more difficult.

The new technology can also miss some protein-coding genes, particularly in regions of the genome that are difficult to read, experts say. For this reason, Elpeleg noted that she often combines older techniques for identifying genes with the newer sequencing approaches. ?First we narrow it down to a small genomic region, and then we do exome sequencing,? she said. ?And the very first thing is that we examine the patients for their symptoms.?

As the price of exome sequencing continues to drop, some scientists also see challenges in how the technique may be used in the future. ?Things are moving so quickly, I imagine that we will be in a world in which we do exome sequencing on parents before they have kids, especially in communities where [screening is] already happening, like among Ashkenazi Jews,? said Jay Shendure, associate professor of genome sciences at the University of Washington in Seattle and one of the first scientists to use exome sequencing to find a new disease-causing gene.

Instead of screening a panel of known Ashkenazi Jewish diseases, doctors may just sequence the entire exome because it will be cheaper and easier. This will mean, however, that along with finding a gene for Tay-Sachs, say, the test could also reveal cancer genes or other adult-onset disease-causing genes for the person being tested. Some may not want this information. Often the information may be inconclusive; and then there are personal mutations we are all walking around with that scientists have never seen before and will not know how to interpret.

In the meantime, scientists agree that by accelerating the identification of disease, exome sequencing is opening up possibilities for finding treatments. ?Now that we know the basic biochemical pathway that creates the problem we can begin to test possible treatments,? said Lam, of the study involving the Lidskys.

Thanks to that study, Isaac Lidsky, now almost completely blind and the brand new father of triplets, has reason to hope for a brighter future for his children. His days spent as a child at the ophthalmologist?s were ?long, arduous and miserable,? he said. ?Now you just take some blood and it?s over. And the earlier you catch it, the more options there are for treatment and, ultimately, prevention.?