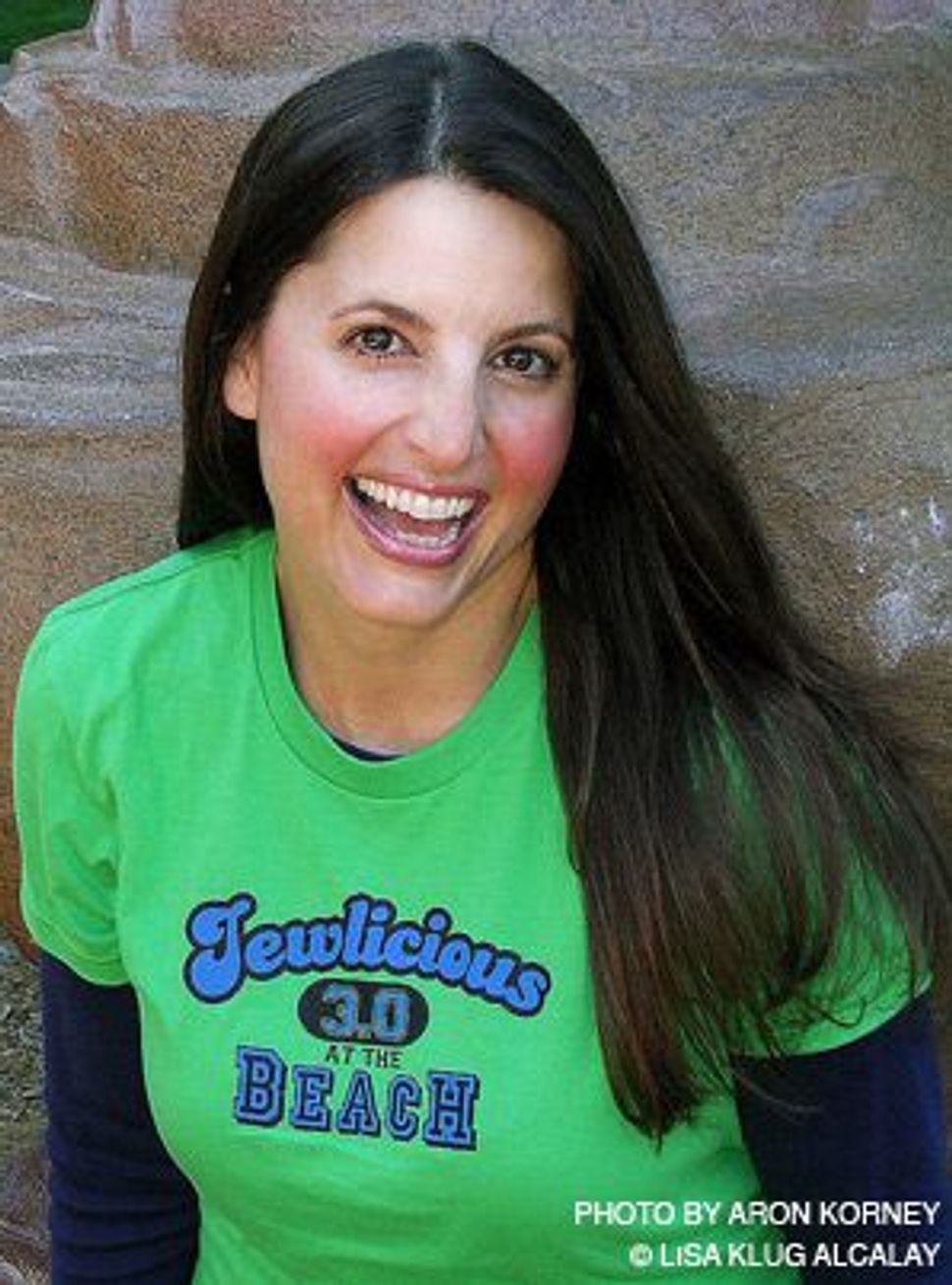 California journalist and Forward contributor Lisa Alcalay Klug has authored the new book “Cool Jew: The Ultimate Guide for Every Member of the Tribe” (Andrews McMeel Publishing), a funny compendium of Jews in pop culture, holiday survival guides, fashion and style tips, crash courses in “Kabba Lah Lah” and more. Klug’s self-proclaimed “pride in Jewish culture, schmaltz and a reverent irreverence” shines through on every page. The Forward’s Josh Richman caught up with Klug on topics ranging from her own upbringing to her love of the Mani-Tini (a concoction involving vodka, fruit juice and Manischewitz Blackberry) and more. 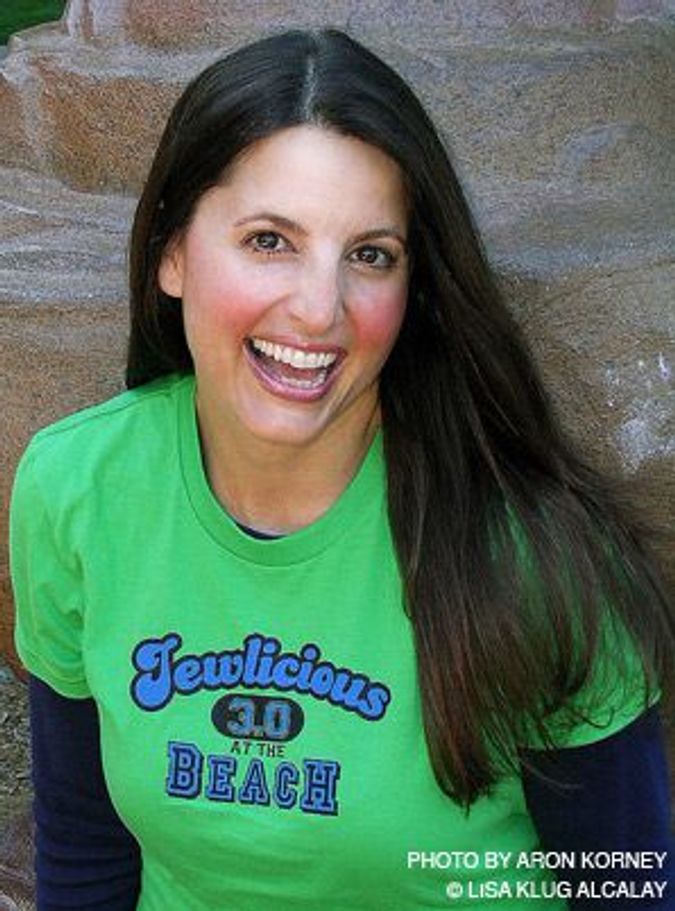 Josh Richman: Being the daughter of an Ashkenazic Holocaust survivor and the descendant of a Sephardic chief rabbi of Sarajevo doesn’t immediately sound like a recipe for religious irreverence. Tell us a little about your upbringing.

Lisa Alcalay Klug: Actually, being the product of an Ashkenazic-Sephardic home lends itself well to irreverence. Our home was like a cultural Cuisinart. My mom’s accent is a bit like Ricky Ricardo’s, and my dad’s is more like Dr. Ruth’s. My book is in no way autobiographical, but once you know my background, you can read some of that between the lines. My parents’ rich Jewish experiences took root in other countries and cultures. And “Cool Jew” grew out of all the ways I’ve sought to create meaningful Jewish experiences of my own. I’m not fond of labels, but you might say I’m an Ashkefardic Neo-Hasidish Shomeret Shabbat Carlebachian Post-Labelficationist Sheebster.

J.R.: Were you accumulating this stuff for a long time, or did you develop most of it only after you’d started “Cool Jew”?

LAK: Both. I was one of those kids always looking for Jewish heroes, and Chapter 1 is filled with them. I love iconic “Jewey” images, like Manischewitz bottles, which appear in original illustrations throughout the book. Years ago, before we knew Curious George is a Heebster, my mom bought me a collectible Curious George dreidel and I picked up a giant Spock magnet because I love where Jewish culture meets pop culture. And the “Over-Partied Girl” Purim Costume is one of my personal favorites. There are many other examples of things I’ve been noticing and/or collecting over the years. But once I started the book, a barrage of new ideas, albums, kitsch and more hit me almost daily.

J.R.: Do you really drink Mani-tinis?

LAK.: Affirmative. But I’m a light drinker, so it’s a special occasion kind of l’chaim. For the record, they’re delicious. And there are many yummy ways to patshke with them, which is so Jewish. They’re the kugel of cocktails.

J.R.: A lot of Jewish culture and history books mention, or even dwell upon, the challenges the tribe has faced; clearly you weren’t setting out to do that. But did you run into specific sections where you had trouble dovetailing the facts with the humor?

LAK: Uh, yes, with some of the holy stuff. Elvis — who I explain in “Cool Jew” was, in fact, Jewish — once said he didn’t want to miss out on going to heaven on a technicality. Not that I have the tsoris The King had, but joking about the Ten Commandments presented some challenges.

J.R.: Have you seen an evolution toward Cool Jew-ness (or Jew Coolness?) over the years? That is, do you think “Cool Jew” could have found an audience 10 or 20 years ago?

LAK: Twenty-five years ago, “The Official Preppy Handbook” showed you how to hide your Jewishness. “Cool Jew,” which sometimes directly parodies “Prep,” shows you how to flaunt it, dig it, know it and love it. I’ve enjoyed witnessing the shift in consciousness toward Cool Jew-ness. We’ve gone from Woody Allen’s “never wanting to be a member of the club that will have us” to knowing that our tribe is one awesome shindig. It’s due, at least in part, to the fact that mainstreaming is the norm. And thank G-DASH-D, dork is the new macho.