A New Role for Feldshuh 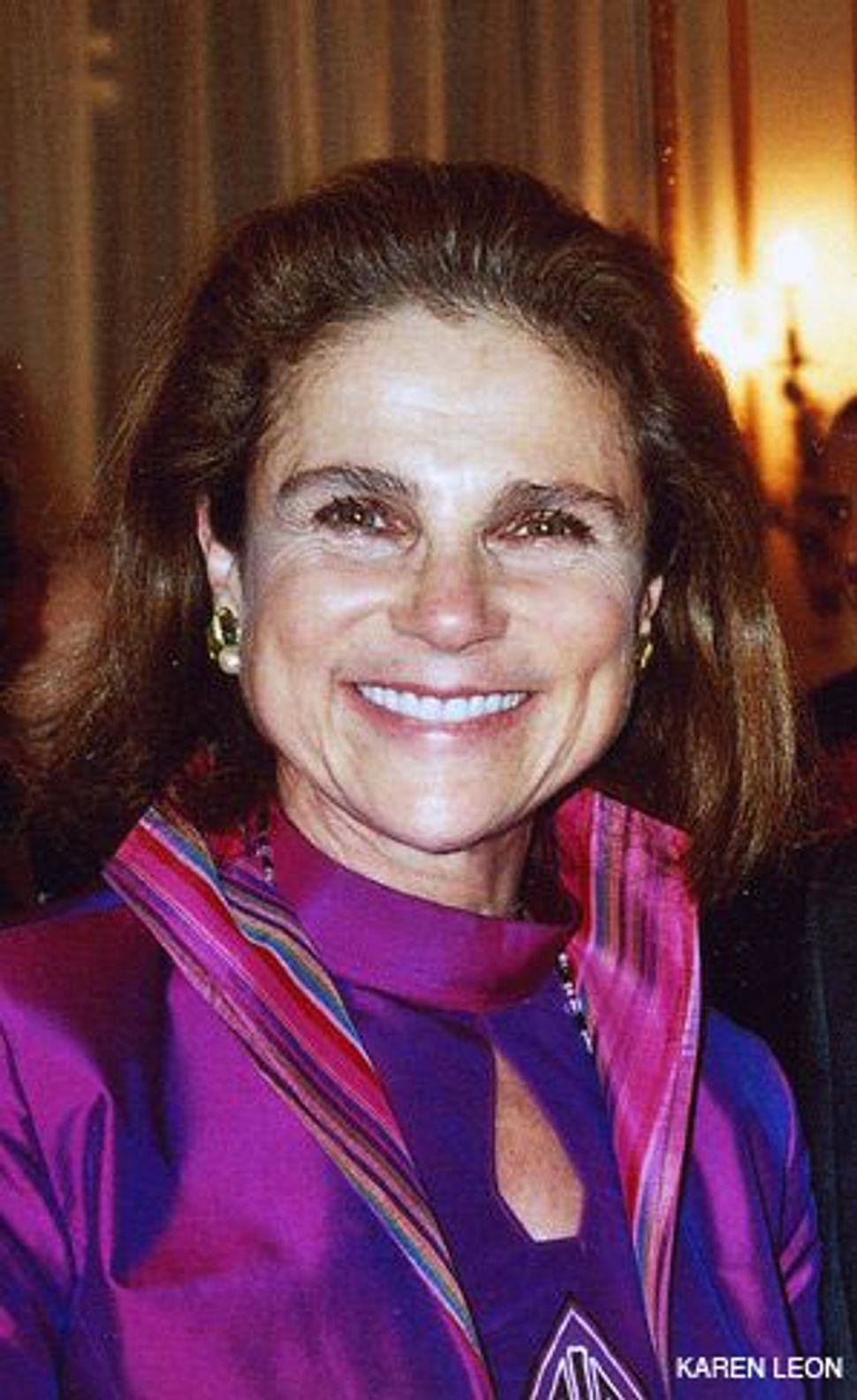 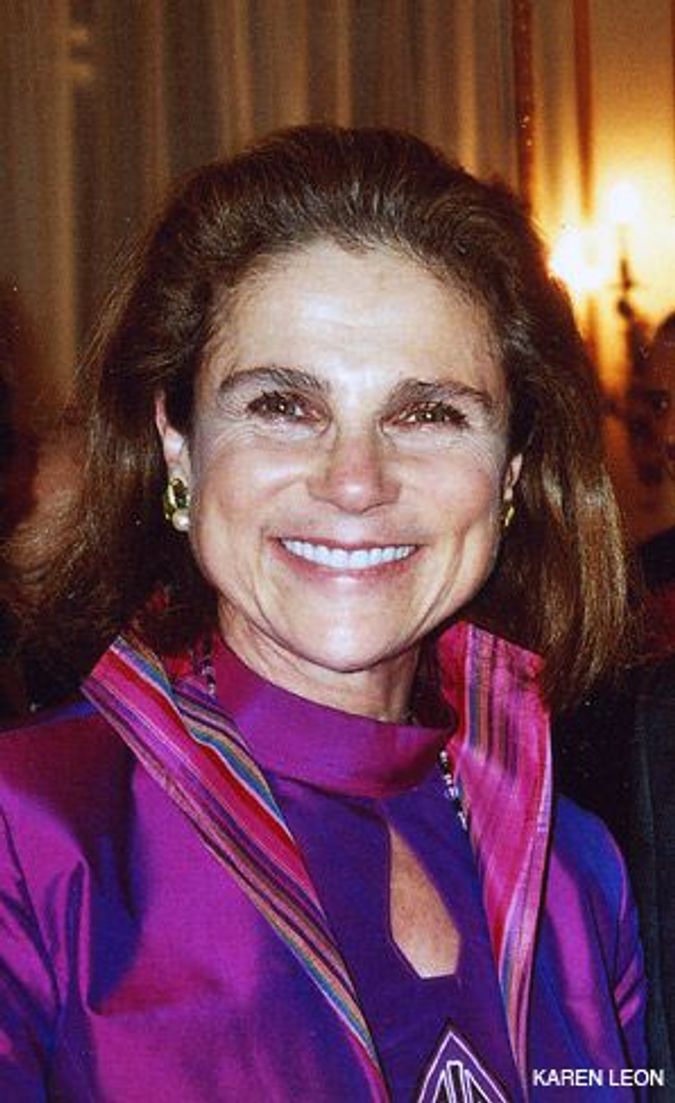 “We in America tend only to study the end of the Jewish tragedy… I saw the beginnings,” Tovah Feldshuh told the guests at the August 13 reception at the Polish Consulate in New York. It was a reference to her recent visit to Ukraine, Lithuania and Poland, in preparation for her starring role as Irena Gut in Dan Gordon’s play “Irena’s Vow,” which opens on September 22.

Acclaimed for her award-winning portrayal of Golda Meir in “Golda’s Balcony,” Feldshuh will now morph into the young Polish Catholic woman who, as Feldshuh explains, “gave over her youth to an elderly, high-ranking German officer in order to save 12 Jews [whom she hid] right under the nose of the Nazis.… She never spoke of it for 35 years.” Feldshuh recalled: “I saw Jewish cemetery after Jewish cemetery, now there’s only a grassy knoll [with a sign] saying, ‘Here the Jews of this town were buried from 1323 to 1939.’ Some looked like an enchanted forest, because there were no survivors left to tend the graves of their mother or father, aunt or uncle.… That which wasn’t destroyed by the Nazis would be desecrated by the Soviets. As the Jordanians used Jewish gravestones to help construct their Hilton Hotel on the Mount of Olives, so the Soviets used Jewish gravestones for their sports palaces in the People’s Republic of Poland.”

Feldshuh stated: “Our Krakow guide, Agnieszka, told us: ‘In Poland, there were 3.5 million Jews before the war — 10% of the population. Three hundred thousand Jews survived the Holocaust: 200,000 in the Siberian camps of the USSR and 100,000 in the territory of Poland itself.’ How did some of this happen? Through rescuers. There are 50,000 recorded acts of heroism by Polish citizens who reached out to save victims of the Nazi terror. That is how 100,000 Jews somehow survived in the territory of Poland itself.”

Though familiar with Irena Gut’s heroism, I have yet to see “Irena’s Vow.” Gut’s story has particular resonance for me. Were it not for a nameless Polish Catholic peasant woman who was willing to hide my mother and me from the Nazis in the cellar of her hut during our flight from Warsaw en route to then Soviet-occupied Byten (my parents’ birth town, now in Belarus), I would not be writing this column. When my mother offered to pay her, the woman refused and declared, “It is my Christian duty.” This at a time when simply giving a glass of water to a Jew in Poland was punishable by death — for the giver as well as for his/her family.

In describing Irena Gut’s heroism, Feldshuh quoted from the Schulchan Aruch in Krakow’s Grand Synagogue: “‘My child, may you be as light as an eagle, as nimble as a deer, as quick as a leopard, as strong as a lion.’ May we all, in [Gut’s] simplicity, reach toward the very best in ourselves.”

“I SERVED THE KING OF ENGLAND” — A FILM ABOUT FOOD, SEX AND SURVIVAL

The reviewer quotes that promote “I Served the King of England,” a magical film by Czech writer-director Jiri Menzel (“Closely Watched Trains”), don’t do this cinematic gem justice. Playful and slyly erotic!” “raunchy merriment” and “mischievously understated!” are used to hype this satire about not only gastronomic and sexual gluttony but also survival in pre- and post-Hitler Czechoslovakia. But they do not allude to the Holocaust Jewish tragedy. Jan Ditte (Ivan Barnev), a short, blond, naive waiter with visions of becoming rich someday, manages, despite the events swirling around him, to survive and succeed. A myopic good soul, he rescues Lise (Julia Jentsch), a young pro-Nazi Sudeten girl, from Czech hoodlums. Eventually, he and Lise wed. Jan, a Chaplinesque imp, gives winning chess advice to the patrons of Prague’s Hotel Pariz. The hotel’s multilingual maitre d,’ Skrivanek (Martin Huba), refuses to “understand” a German customer, whom he slaps on the way out of the restaurant. Irresistible to the local ladies of pleasure, Jan later becomes the darling of the nude German Aryan beauties awaiting the Nazi studs at a resort. He overcomes mishaps and snubs and become a rich hotelier — until the communist takeover.

During the film’s second half, the Holocaust hovers like an out-of-tune Chagallian fiddler. Told by one of Jan’s patrons that in times of war, the only safe “currency” is stamps, Lise, now a German army nurse who had Jan’s sperm checked for Aryan purity, brings back priceless stamps stolen from Jewish homes in Poland. In a rail yard, Jan spots one of his former patrons in striped clothing, locked in a cattle car and heading to his death. Jan trips as he attempts to hand him food through the barbed wire. Based on Bohumi Hrabal’s novel — as was “Closely Watched Trains” — the film is served like a dish of whipped cream with a bitter aftertaste as it seesaws between the 1930s and the 1960s, when an older Jan (Oldrich Kaiser), who had spent nearly 15 years in Soviet prisons because of his wealth, recalls his youthful escapades. Don’t miss this film!

A New Role for Feldshuh