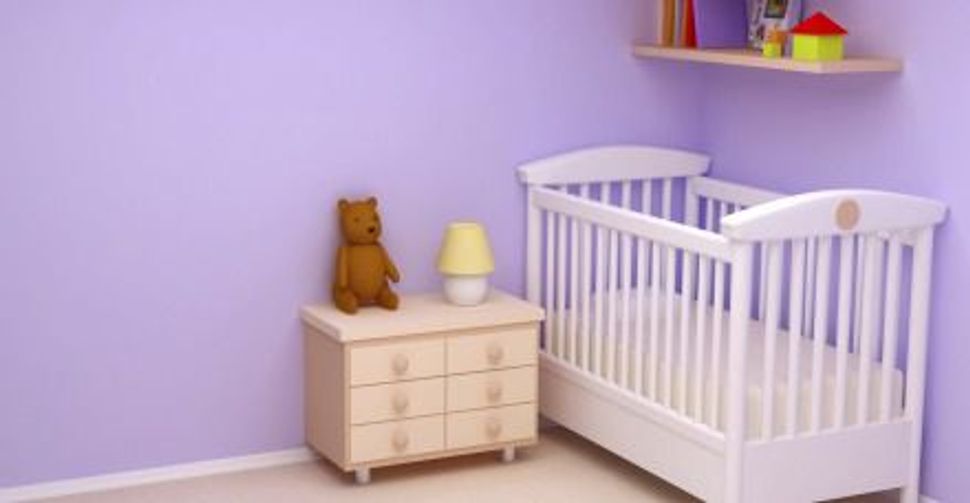 I am terrified of having a second child.

There, I said it. Terrified. I’m totally breathless. I’m in a tailspin, a panic, a freak-out. Let me contextualize: I woke in the night, several times in recent weeks, panicking that I might be pregnant. My thoughts racing, I found myself staring at the ceiling — 2, 3, 4 a.m. What if I’m pregnant and it’s twins and I can’t write anymore? And what if, what if, what if…? I get it. I’m acting irrationally. Worse: spoiled. I should be so lucky that it’s that easy to get pregnant, again.

Having my daughter, Orli, now 2.5, is the best thing I’ve ever done. I once thought that kind of statement smug, annoying, a signal from someone who didn’t want to think back to the life she lost. But honestly, it’s pretty much true. No story I write, no trip I’ve taken, no job I’ve held has lived up to growing a child and watching her mature.

So why aren’t I ready to do it again? My partner, Ian, would like to know. Right now he’s sitting in the other room, reading, seething.

I’m unhappy with my career, I say. I’m not ready to give up the time again, those late months of pregnancy, those early months — that all-encompassing first year — of a child’s life. I breastfed Orli for more than two years; I’m just returning to myself. I like our life, our downtown apartment living; I’m happy, finally, once again, in my body. I’m traveling again.

One, who asked to remain anonymous, told me that she still envies women who have only one. “Until my older son was 4 and his brother was 2, we were in survival mode,” she said. She gave birth the first time in 2005, just a few months before Hurricane Katrina; the family lost everything to the storm. Her second son came two years later, nearly to the day; he was unplanned. “We had not dealt with our PTSD” from the storm, she told me. “I felt I had such limited resources; I did not like how I was parenting. I had little tolerance.”

It is only very recently, after a lot of therapy, that she has come to feel great about her kids, now 6.5 and 4.5. But she still doesn’t know if she would have chosen to have two. And she doesn’t believe it all has to do with Katrina. Her elder son, she says, “had terrible impulse control. I kept thinking if I had just one child, I could have gotten myself under control sooner. If I wasn’t balancing and juggling I could have focused better on him. I kept thinking, “I’m putting him in this impossible situation.” What I was ignoring was that our older son was growing into an empathetic caregiver for the younger.”

Is my friend’s story unique? Or just honest? Washington, D.C., real estate agent Kim Privor, mother to a girl a shade older than Orli, told me: “I’d like to have a second; my husband is less on board. And it can’t be two maybes; it has to be two yeses. So that’s the conundrum. He feels that our kid is amazing and perfect and why risk changing that? But I am going to be 38 this year. I feel more of a sense of urgency due to my age. And even my daughter asks, ‘When are you going to have a baby?’”

There is a not-so-subtle social pressure in the Jewish community for a woman to have more than one, be fruitful not withstanding, Orthodoxy not withstanding. My aunt once told me she’d had her three — my first cousins — partly because of the Holocaust. She felt an obligation to create more lives after so many were taken. In Israel, it seems everyone has three, or even four (though there, the subtext seems to be, “for better or worse, a modern race to raise the demographics”). My friends there sound like Ian: Two is a given, the third is the negotiation. Are we trying to repopulate our people?

Caron Gremont, a Bethesda, Md.-based mother to Avital and Oren, said she’d always known she’d have another. “I can glimpse how it will be in a year or two,” she said, meaning once things calm down. They entertain each other; it is lovely to see them together. It is definitely getting easier. That said, it is much harder than I could have thought.” There is no extra time for YOU.

During one of the fall holidays, after going to synagogue, Ian and I met a bunch of Orli’s preschool friends and their parents to take a walk. All her friends are siblings. One is an older brother; the others are the youngest of three. I mentioned my terror to the other mothers, and I quickly found myself at the center of a one-woman re-education project. “Your family dynamic isn’t complete with one,” the most vocal said. “You won’t be less busy. You won’t be less neurotic with one; you’ll be more neurotic. You need another to make you into a parent.”

And for some reason, watching them all there, 10 kids, aged 8 months to 10 years, eating yogurt and cheese sandwiches and edamame in the scrub brush of the National Zoo, I believed her. The parents looked somehow far less stressed than I did. Sure we can’t afford it right now, sure my career isn’t where I want it to be, but maybe Orli, all of us, would be somehow more complete with another. I’m sure she’d be fine alone, but I love my own sister, don’t I? Do I want to deny Orli that relationship?

And then, two days later, I discovered I wasn’t pregnant, after all. And despite my terror, I was sad.