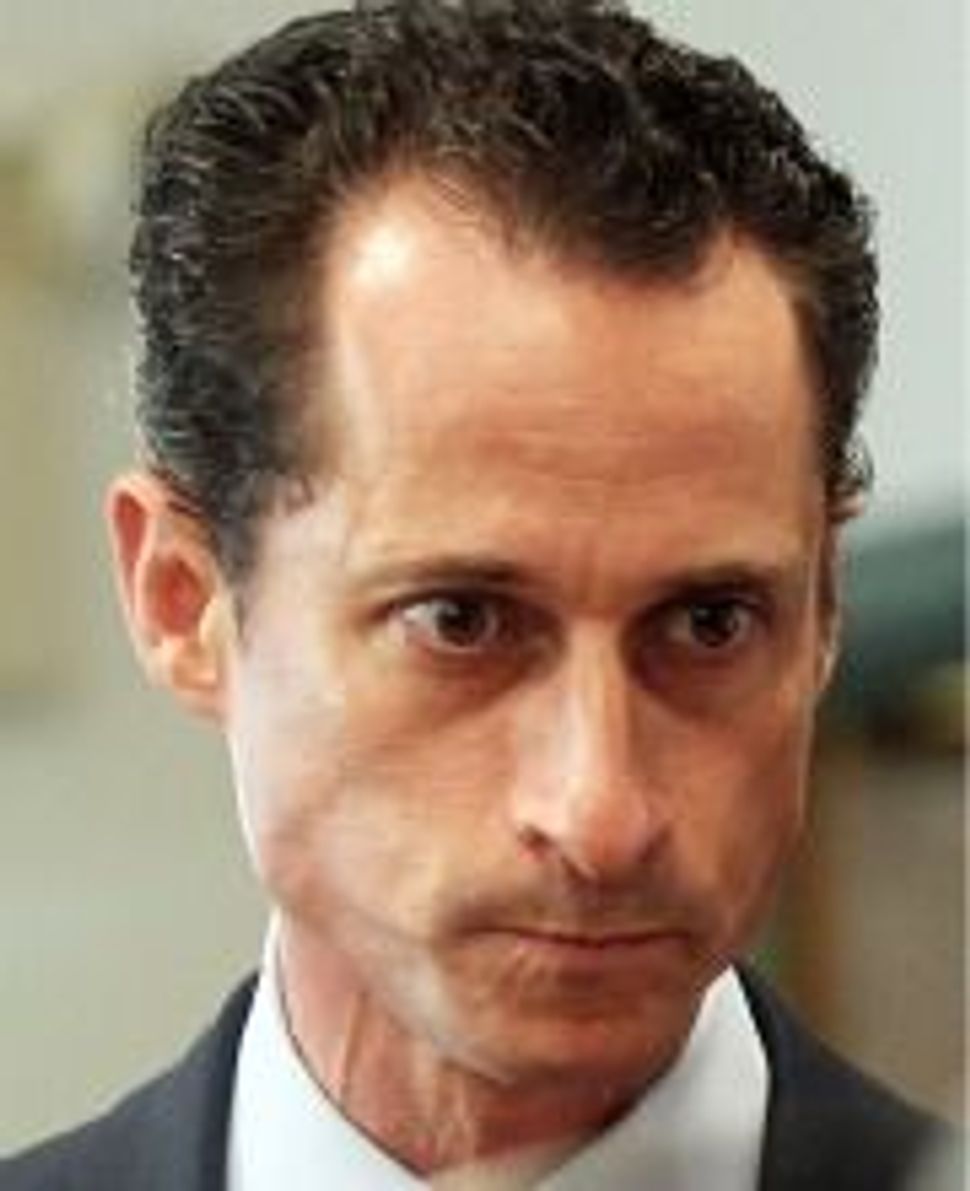 As 2011 dawned, Anthony Weiner had just been re-elected to his seventh term in Congress, where he’d built a reputation as one of the most promising, telegenic and outspokenly liberal young Democrats. Representing a Queens-Brooklyn district that hadn’t elected a Republican since 1920 and was nearly 40% Jewish, his future seemed assured, and his $3.5 million war chest pointed toward either a House leadership slot or a mayoral run. The only ripples were quiet murmurings, especially in the district’s large Orthodox community, over his July 2010 interfaith marriage to a Muslim woman, and his unexpectedly tough re-election fight that September, in which he won 60% of the vote against little-known Republican Bob Turner, down from the 93% he’d won in 2008.

Then came June 2011 and one of the most spectacular political self-immolations in memory, after Weiner, 47, admitted to texting lewd photos of himself to female admirers. He first denied any knowledge of the photos, then admitted he’d sent them but tried to ride out the anger and ridicule. Within three weeks, Weiner had become a national laughingstock and an embarrassment to fellow Democrats, and he resigned in humiliation.

The September 13 special election to pick Weiner’s successor compounded the humiliation when Republican Turner captured the Democratic stronghold, in part by appealing to Jewish voters angered by President Obama.