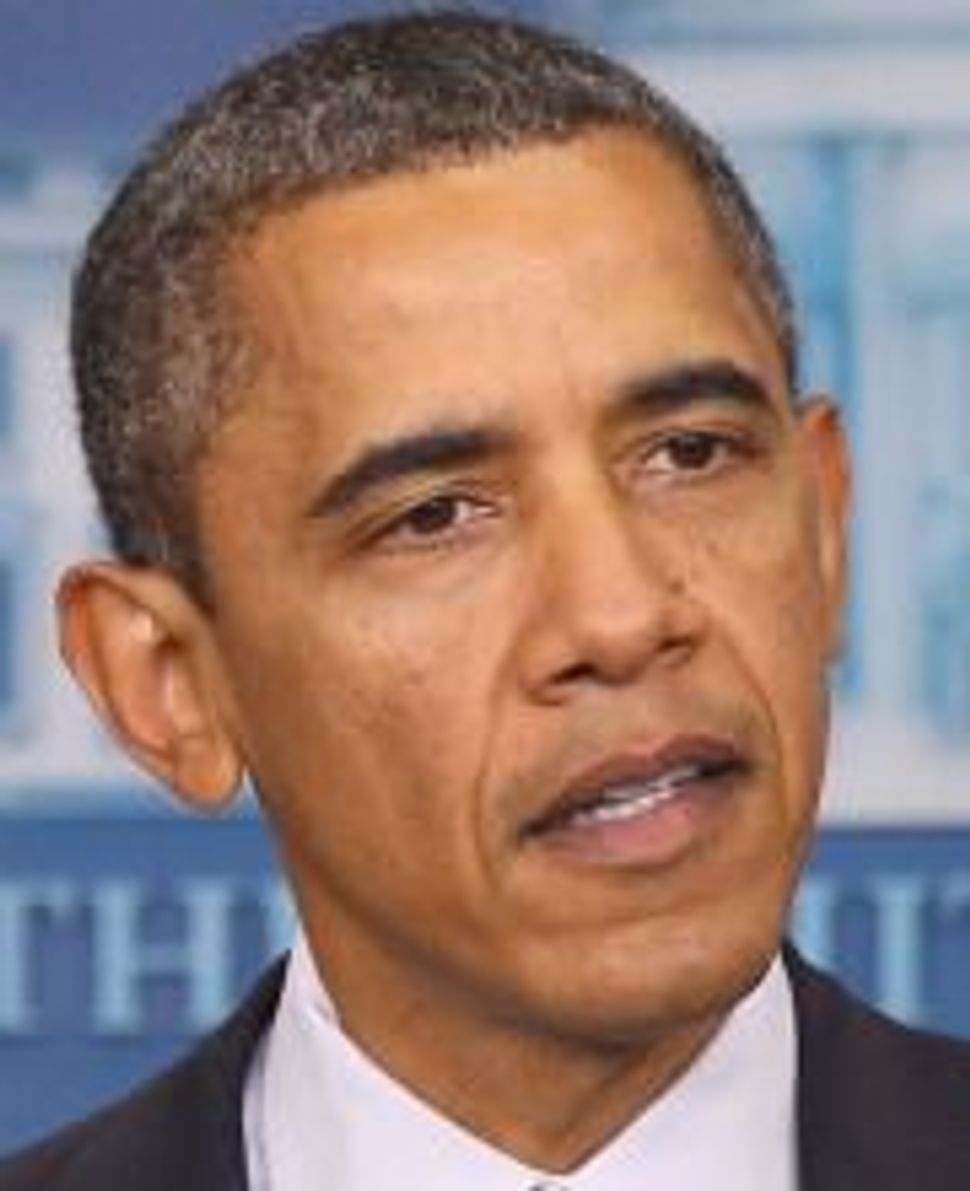 Support him, loathe him or feel wildly ambivalent — whatever you think of Barack Obama, the 44th president of the United States has done more than any other non-Jew we can think of to shape the American Jewish story in 2011. Obama, 50, rode a near-tidal wave of Jewish support toward his historic win in 2008, and quickly appointed two Jews to sit in the offices closest to his in the White House.

But his frosty relations with Israeli Prime Minister Benjamin Netanyahu soured some in the Jewish establishment and emboldened Republicans eager to chip away at Jewish voters’ stubborn loyalty to liberal politics. Sensing an opening, most of the other GOP candidates for president seem to share Mitt Romney’s assessment that Obama has thrown Israel “under the bus.” But while such sentiment was making inroads among some American Jews, the president’s vocal opposition to a unilateral declaration of Palestinian statehood and his administration’s unprecedented military support for Israel prompted New York Magazine to call him “the best friend Israel has right now.”

In countless Jewish social settings, the mere mention of Obama’s name elicits passionate and conflicting responses — so much so that the Anti-Defamation League and the American Jewish Congress recently called for an end to the use of Israel as a political wedge issue. Believing that such a move would censor criticism of the president, Republican groups angrily refused. Meanwhile, after Obama’s defense of Israel at the United Nations in September, his approval rating in Israel soared. It’s been that sort of year.