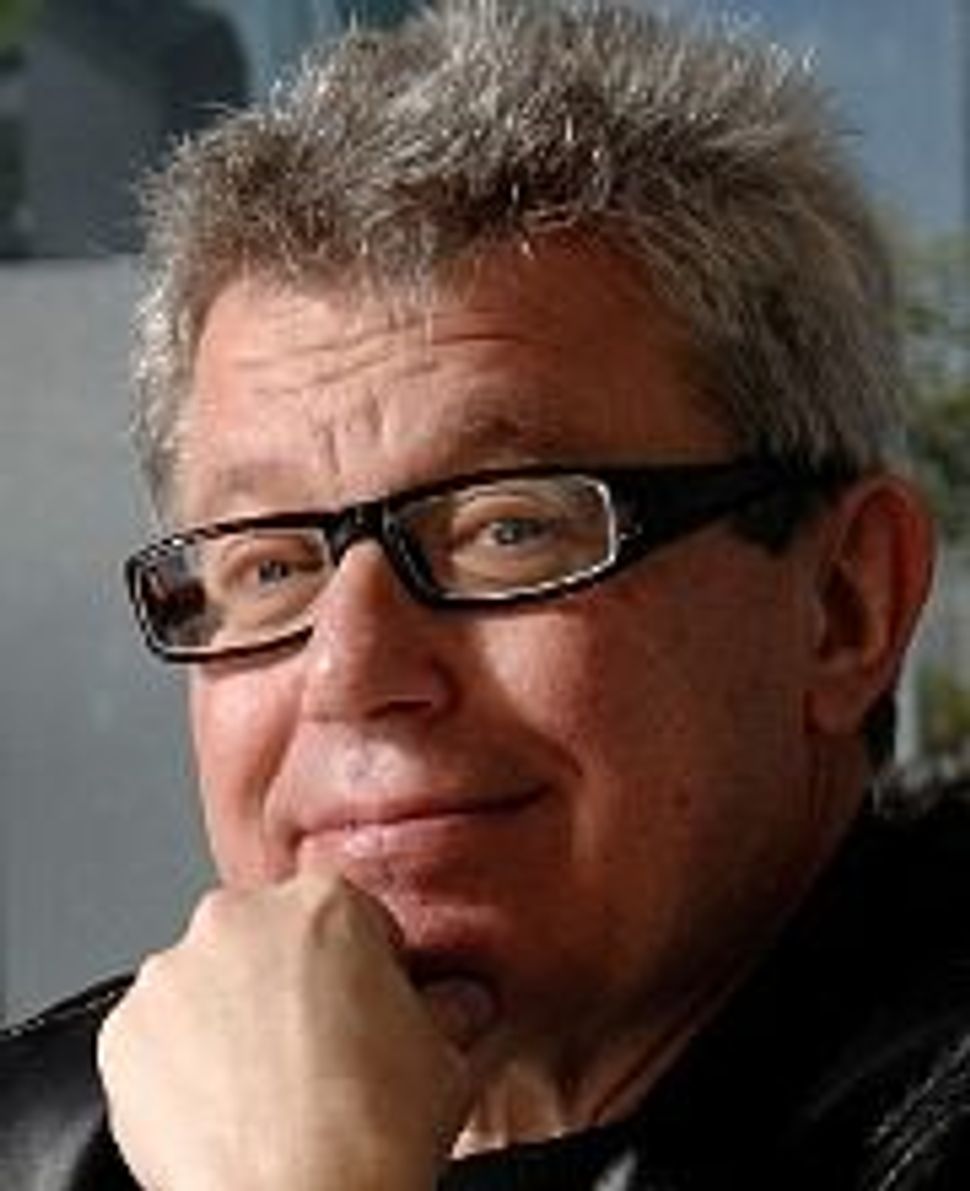 The 10th anniversary of 9/11 marked a significant milestone in the career of architect Daniel Libeskind — whose vision for the rebuilding of the World Trade Center site was the clear choice of the people of New York. The simple plan he sketched in 2002, “Memory Foundations,” has undergone surprisingly little transformation on its way to completion.

Born in Lodz, Poland, in 1946, Libeskind passed Liberty Island as he arrived in America with his family in 1959. Not least because of his own immigrant roots, his design for the World Trade Center memorial draws strongly on the American immigrant mythology of the Statue of Liberty, which is visible from the building site at the southern tip of Manhattan.

In addition to his efforts in New York, Libeskind, 65, broke ground on a new synagogue in Munich and completed an astonishing new addition to the Dresden Museum of Military History this year. They are both considerable achievements for a son of Holocaust survivors, and in keeping with his 2003 Leo Baeck Medal for humanitarian work.

At the time of the attacks on the World Trade Center in 2001, Libeskind had opened only a single building, albeit the Jewish museum in Berlin, but he is now considered one of the world’s leading architects. When his Freedom Tower (now to be called World Trade Center 1), opens next year, it will, at 1776 feet tall, command the Lower Manhattan skyline and anchor “Memory Foundations.”