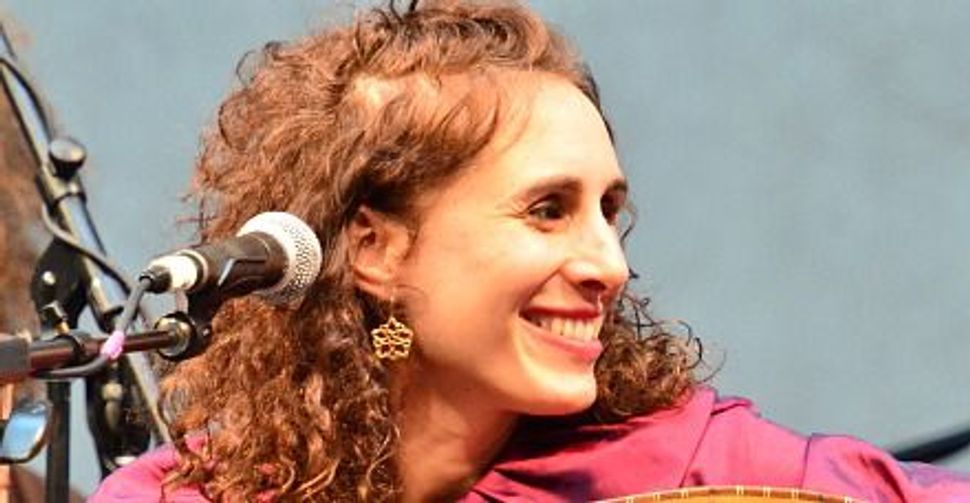 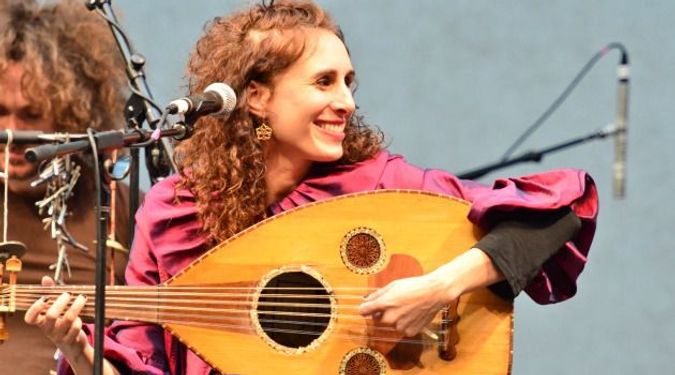 Singer Basya Schechter, who for many years has led the band Pharaoh?s Daughter and who just released ?Songs of Wonder? (Tzadik), a collection of Yiddish songs based on the poetry of Jewish theologian Abraham Joshua Heschel, is having a moment. And for good reason.

Schechter makes music that is both appealing and intriguing. As an ex-Hasid wielding an oud (a pear-shaped, Middle Eastern precursor of the modern guitar), she is often cast in the role of an exotic Sephardi-Ashkenazi hybrid who blends two flavors of Eastern music ? Middle and European ? spiced with folk, pop and even African elements. Such worldly eclecticism is tailor-made for a contemporary Jewish musical landscape where Ladino poetry, Hasidic niggunim, or wordless melodies, and elements of every genre imaginable (rhythm and blues, Brazilian samba, North Indian classical music) all play nicely together.

But the marketing blurbs hardly do Schechter justice. ?Songs of Wonder,? for example, is not some naive Jewish/world-music mash-up, but a coherent statement from an artist who has figured out how to use all the tools at her disposal to sculpt a distinctive sound. Just listen to the way in which the choppy rhythms of the opening track, ?At Dusk: D,? give way to Albert Leusink?s buttery, blustery flugelhorn; the manner in which the grab bag of instruments (violin, glockenspiel, slide guitar) on ?From Your Hands? melt together, then pull apart in delicate counterpoint; the ease with which Turkish zither virtuoso Tamer Pinarbasi?s filigreed lines on ?To a Lady in a Dream? flow into the hiccupping rhythms that music director Uri Sharlin pumps out on the bellows of his accordion, and then into a bass groove that begs for dancing. The reason these things move you is not that they draw from this genre or that one; they move you because they are beautiful. And they are beautiful because Schechter made them that way.

Yet some of the buzz surrounding Schechter also derives from the fact that she is an appealing and intriguing figure, one whose personal story resonates with several powerful themes rolling around in the contemporary Jewish consciousness. Raised in the heart of Brooklyn?s Hasidic enclave, Schechter ? who has told her story in numerous interviews, and who was featured in the Canadian documentary film ?Leaving the Fold,? the soundtrack for which she also wrote and performed ? decided to leave the ultra-Orthodox community when she was still a teenager in order to follow her bliss as a singer-songwriter. It took some time to integrate the various elements of her personal and artistic personae, and her public statements suggest that she is still working on this.

Thanks to growing public awareness of the difficult path that awaits ultra-Orthodox Jews who go walkabout, Schechter?s candid portrayal of her own struggle ? the battle she faced as a free spirit in a milieu where women aren?t even permitted to sing in public, her still-conflicted feelings toward the comforts and constraints of ultra-Orthodox life ? has struck a chord, maybe even a gong: For some, she is an inspirational figure, a feminist Jewish superhero. Throw in her globetrotting trips to the Middle East and Africa and her self-professed interest in mystical Judaism, and she could be the avatar of an entire segment of young, liberal Jewry: rooted in Jewish tradition, yet open to the world.

Plus, she?s incredibly hip. When a interviewer for the website Unpious: Voices on the Hasidic Fringe asked Schechter what recordings she would recommend to someone who grew up without secular music (Schechter herself wasn?t exposed to the stuff until she was in high school), the former yeshiva student responded with the following: ?Ko Sira? (?Marriage Today?), by Malian singer Oumou Sangare; ?The Living Road,? by polyglot Mexican-American singer Lhasa de Sela; ?Moorish Music From Mauritania,? by the grand dame of Mauritanian pop, Dimi Mint Abba, and ?Court and Spark,? by Joni Mitchell. ?Pink Floyd?s ?The Wall? is good,? she added. I would kill to know what this woman has on her iPod.

In a way, she and Heschel were meant for each other, and it was probably inevitable that Schechter would one day undertake a Heschel-themed project. Like Schechter, Heschel grew up Hasidic but left the community for more open spaces ? in his case, the groves of German academe. Unlike Schechter, Heschel came to the United States as a refugee; born in Warsaw, he was one of many Polish Jews deported from Germany in the late 1930s. As professor of ethics and mysticism at the Jewish Theological Seminary, Heschel developed a unique brand of Jewish theology centered on the personal experience of a divine presence that was numinous, ineffable and sublime. ?The root of religion,? Heschel wrote, ?is the question of what to do with the feeling for the mystery of living, what to do with awe, wonder and amazement.?

Listen to the song ?I and You?

Heschel also became a prominent social critic and civil rights activist, marching alongside Martin Luther King Jr. in Selma, Ala., and opposing the war in Vietnam. Add it all up, and you?ve got a pretty good candidate for the patron saint of progressive Judaism: If your definition of being Jewish includes having a personal relationship with ?the sacred,? if you think Kabbalah is cool and you plan to celebrate Passover at your local outpost of Occupy Wall Street, then Abe?s your uncle ? philosophically speaking, of course. 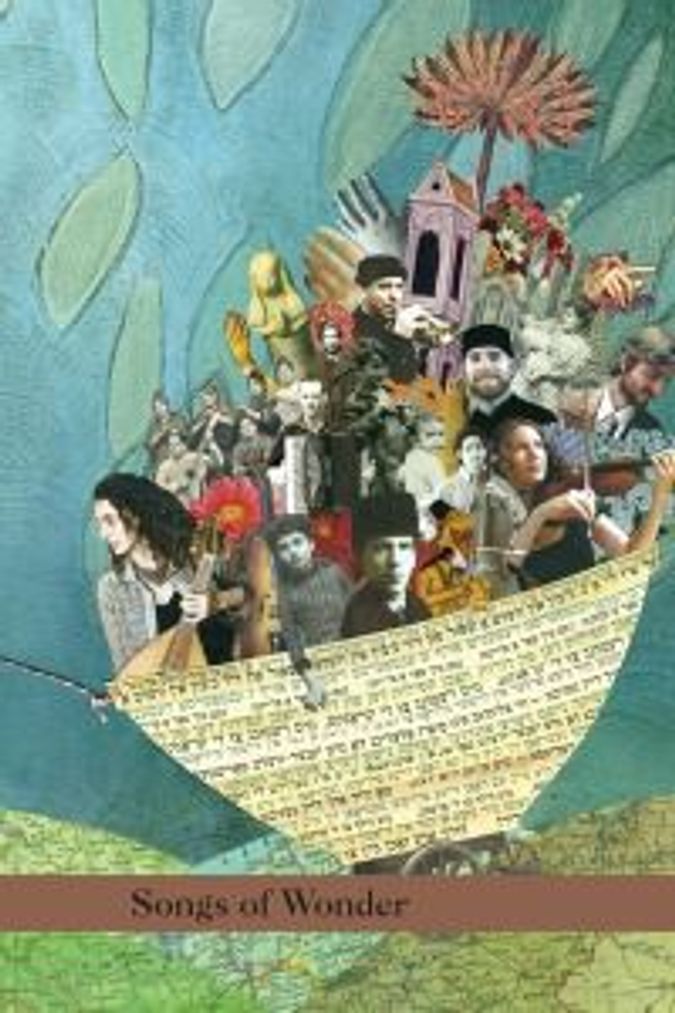 Image by courtesy of basya schechter

Early in life, Heschel was also a poet who wrestled with notions of spirituality and divinity. On ?Songs of Wonder,? Schechter sets a series of poems from Heschel?s first published work, a collection of poems titled ?The Ineffable Name of God: Man? that is chock full of surprises. Take, for example, ?Ich und Du? (?I and You?), which locates God in the individual ? or rather, in all individuals:

Am I not ? you? Are you not ? I?
Often I glimpse Myself in everyone?s form,
hear My own speech ? a distant, quiet voice ? in people?s weeping,
as if under millions of masks My face would lie hidden.
I live in Me and in you.

It sounds like a slick contemporary take on Martin Buber. It also sounds as if it could have come straight out of the series of televised conversations that Joseph Campbell and Bill Moyers had in the 1980s ? the one in which Campbell, a professor at Sarah Lawrence College who wrote extensively about myth, repeatedly made the point that God is in all of us, a notion that he borrowed from Hindu philosophy. But Heschel wrote it some time between 1927 and 1933, while studying theology at the University of Berlin.

You do not, however, have to understand Heschel?s Yiddish stanzas to enjoy ?Songs of Wonder?; the music sees to that. ?I and You? starts light, with Schechter?s clear, cool vocals floating atop a crisp acoustic guitar pattern and some liquid percussion. As the song progresses, the texture is thickened by Frank London?s muted trumpet, an increasingly insistent piano track and a thumping bass drum. As more and more layers are added, the piece gathers energy, swelling to a climax before suddenly subsiding ? a minor miracle of arranging, engineering and taste.

It?s that kind of performance, more than her admittedly compelling biography, that makes Schechter worth listening to. If you want a sense of the ineffable, of what Heschel called ?radical astonishment,? you?ll find it on just about every track ? as you will the delightfully odd juxtaposition of a beautiful female voice spinning Brooklyn-accented Yiddish over a sensuous, often vaguely Middle Eastern background.

I know, we are well past the point when the sound of Yiddish sung over anything ? punk rock, free jazz, black gospel ? should seem at all out of the ordinary. But to me, there is still something deliciously surreal about hearing the language of the shtetl, of my grandparents and great uncles and, yes, of Boro Park, convey the spiritual musings of a charismatic Polish mystic over rhythms and modes redolent of olive groves and fig trees, cinnamon and myrrh. There?s awe and wonder in that, too ? especially when it?s done with such panache.

Alexander Gelfand is a regular contributor to the Forward. His work has also appeared in The New York Times, The Economist and (his favorite) Bartender magazine.