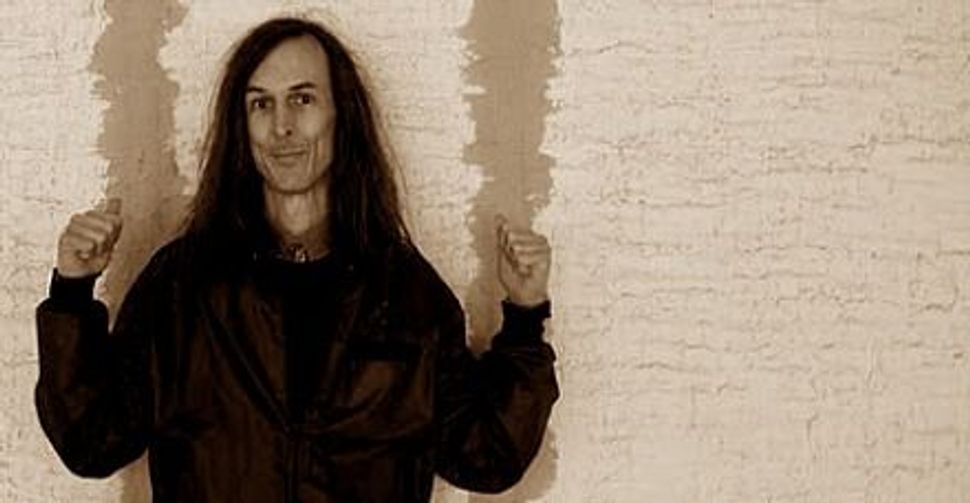 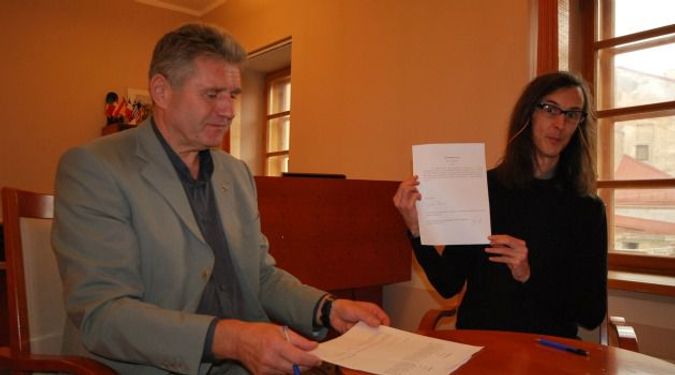 Wyman Brent may be about the most unlikely person you could find to establish a new Jewish library in the Baltic nation of Lithuania.

Brent is neither a scholar nor an intellectual. He doesn’t speak Lithuanian and isn’t even Jewish. He is a wiry, soft-spoken, long-haired atheist from California; the type of man who signs off his emails with a Horace Mann epigram: “Be ashamed to die until you have won some victory for humanity.”

Yet Brent’s quixotic dream is set to be realized on December 16, when the Lithuanian minister of culture and guests will gather in the heart of Vilna’s old town for the official opening of the Vilnius Jewish Library.

The library “will be unlike anything seen around the world, because this will be a library that will celebrate all culture created by Jews, not just Jewish culture,” Brent told The Forward.

He added, “I really wanted to show people the breadth and depth of Jewish life and culture, and I think that’s the best way to do it.”

Brent has spent $50,000 of his own money and seven years building up his curious collection, mostly buying used books, CDs and DVDs in stores and online. In 2008, he shipped his collection — about 4,500 items packed in 165 boxes — from San Diego to Vilna.

Because of limited funds, Brent has relied on donations to make up about one-fifth of the library.

Brent’s only criterion has been that the subject matter must be created by Jews or focused on them. As a result, the collection is Jewish in the widest possible sense of the word.

Brent, 48, gets as excited about a donation of concert DVDs, music CDs and books from singer Janis Ian as he does about historian Martin Gilbert’s promise to donate a signed copy of each of his works. He is as proud of “a beautiful architectural drawing” donated by Richard Meier as he is of a limited-edition photograph sent by Leonard Nimoy.

There are more cerebral entries, too. Although Brent is an atheist, he says he has found “great wisdom” in books by scholars Adin Steinsaltz and Jacob Neusner. He also talks excitedly about more mainstream icons — Barbra Streisand, Woody Allen, Bob Dylan and Steven Spielberg.

It is no accident that Brent chose to push for a library in Vilna. The city, once known as “the Jerusalem of the North,” was the intellectual center of East European Jewish life and culture for centuries, until it was snuffed out by the Nazis. About 95% of Lithuania’s Jewish population was murdered during the Holocaust, often with the help of Lithuanian collaborators, many of whom equated Jews with Communists.

Twenty years after Lithuania gained independence from the Soviet Union, there remains a tension between Jews who say that the country has whitewashed its Holocaust past and Lithuanians who say the horrors perpetrated by the Soviet regime during the war and afterward have not been fully recognized.

Arunas Gelunas, the Lithuanian minister of culture, admitted that Lithuania has sent “mixed messages” about its willingness to own up to Lithuania’s part in the Holocaust. But he said there are now “more signs than ever before that Lithuania is… deciding to accept the fact of its collaboration with the Nazis.”

Gelunas stressed that his government has made a great effort this year to show its commitment to Lithuania’s Jewish past and future. He cited the government making 2011 the Year of Remembrance for Holocaust Victims and, following years of negotiations, the Lithuanian Parliament agreeing to a $53 million restitution deal for Jewish communal properties that were seized during the war.

The new Jewish library is unrelated to the Lithuanian government’s controversial talks with the YIVO Institute for Jewish Research over a portion of its prewar library and archives that the government has refused to release.

Jonathan Brent, YIVO’s executive director and CEO (he is no relation to Wyman Brent) is expected in Vilna soon to discuss the establishment of a “YIVO Room” at the Lithuanian National Library. A portion of YIVO’s books and, potentially, some of its prized archives may be put on public display there. 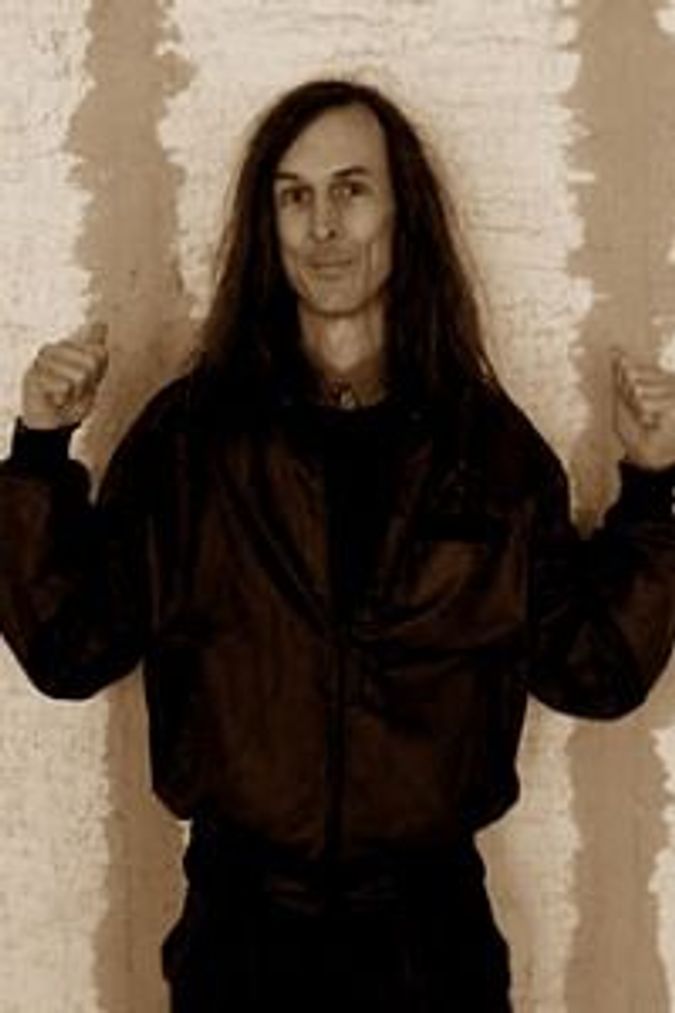 Since Vilnius Jewish Library has none of the baggage of YIVO’s prewar history, it is proving less controversial. The government donated the library space — more than 2,000 square feet of prime real estate in a district dotted by consulates and embassies — and spent about $300,000 renovating it. Gelunas said the library, which contains books mostly in English, is a “political message and a democratic message that Lithuania is opening up.”

The library has been welcomed by Lithuania’s Jewish community, which numbers about 5,000 today compared with a prewar total of more than 200,000 people. Simon Gurevicius, the community’s executive director, said, “We firmly believe this library should serve as a tool to provide more knowledge on Judaism, Jewish people and our way of life, and hope that one day it will inspire translation of some books about Lithuanian Jewish heritage from English into Lithuanian.”

Even Dovid Katz, a longtime critic of the Lithuanian government who divides his time between Lithuania and Britain, welcomed the library, albeit cautiously.

Katz, a Yiddish scholar who has donated books to the library, said the Lithuanian state has a track record of manipulating Jewish projects “for PR and history-revisionism projects.” He said he supports the library “as long as at least one of the principal actual members of staff is from the country’s Jewish community.”

Gelunas said staffing of the library is still unclear. It will be managed by the state-run Adam Mickiewicz Public Library and will have two or three full-time posts. It will be overseen by a board, which will plot the institution’s development and organize events. “Wyman Brent would definitely be chairman” of that board, Gelunas said.

Strangely enough, instead of staying to nurture his creation during its early weeks and months, Brent will hop on a plane with his fiancée, Andrea Oberheiden, to Germany. He plans to flit to and from Vilna over the following year, but the couple’s long-term sights are set on America.

“We’re going to have our life in the United States,” Brent said during a telephone interview from Kiel, Germany, where he lives with Oberheiden, a German citizen. “But I will not put the library behind me.”

It was during the creation of the library that Brent met Oberheiden, a filmmaker who has produced a series of documentaries about singer Al Jolson — “Lithuania’s most famous export,” according to Brent. He wrote to Oberheiden last year, asking if she would donate the films to his library. In the process, he acquired four free DVDs, some CDs and photos of Jolson, and a future bride.

Brent has no regrets that he won’t play a full-time role at the library. He pointed out that he is neither a professional librarian nor a Lithuanian speaker. “I can understand them wanting someone else as overall director of the library,” Brent said.

Brent does dream of a bigger role than chairman, one in which he is a global ambassador for the library, traveling the world to talk about his collection and the significant contribution Jews have made to Lithuanian life and culture. He also intends to keep collecting material for the library.

“I am never going to quit,” he said. “I am going to make sure it continues to follow my vision, my dream.”