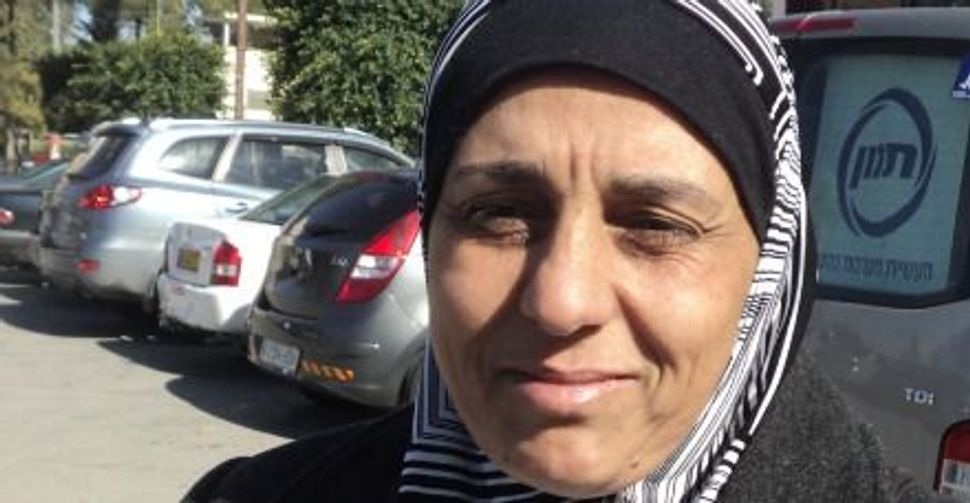 It was Independence Day on the West Bank, an annual commemoration of the fruitless Declaration of Independence proclaimed by Palestinian leader Yasser Arafat in Algiers on November 15, 1988. Even though she got a day off from her job, Riham Rabiya wasn’t celebrating. 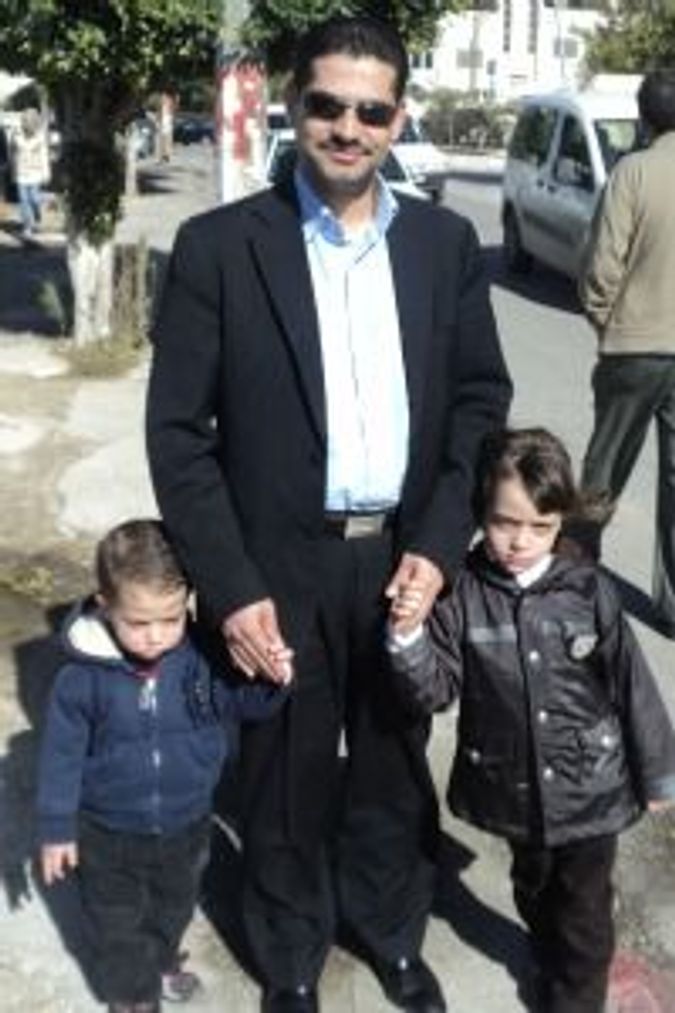 Zafer Al-Rimawi, a Ramallah economist, and his children. Image by Nathan Jeffay

“We’re celebrating Independence Day, but there’s no independence,” the 52-year-old secretary complained. “To tell the truth, I forget about the holiday.” Rabiya fears that the Palestinians’ more recent current statehood bid will be no more effective.

Chatting as she made her way back home in the central West Bank town of Birzeit after a shopping trip, she said she was “really excited” when the Palestinian bid began in September but now she doubts that it will lead to statehood.

The sense of an opportunity slipping away is widespread across the West Bank. At the Kalandia refugee camp north of Jerusalem, a disheveled banner unintentionally sums up the pessimism. It says, “The right of return is never.”

The word “negotiable” that used to complete the sentence on the banner has faded away, as has the enthusiasm that once existed for the Palestinian Authority’s statehood bid. “Everybody was very enthusiastic for creating a Palestinian state,” said camp elder Fuad Kader, 84. “I was sure that [Palestinian Authority President] Mahmoud Abbas was going to go all the way.”

Now he believes that his expectations were misplaced. “I don’t think anything will happen, as everything is in the hands of the Americans and the Americans don’t want a state — Israel is controlling the Americans.”

Wisam Salymeh, a 38-year-old electrician, predicted that the bid “won’t change anything in the world of reality.” He said that things will “go from bad to worse” — though he does not predict violence, as Palestinians are “too tired for an intifada.”

Hamas supporter Muhammed Asad, a 48-year-old minibus driver, thinks that the diplomatic track was a mistake from the start. “When there was violence in Gaza, Israel withdrew themselves like dogs,” he said. “Israel only understands the laws of force.”

To Asad, the Ramallah-based P.A., which is behind the statehood bid, is an irrelevance: “We have a Palestinian saying the wedding is in Nablus and the people clap in celebration in Ramallah.”

In Ramallah, the P.A. is working hard to dispel this kind of skepticism. Close to the trendiest shops in the city center, a huge chair towers above pedestrians. It is a model of a United Nations chair to symbolize the U.N. seat that the P.A. still hopes to secure. But many are unswayed.

“Look, we are living the status quo for a long time, and politics is not affecting anything,” said Amer Thabani, a 20-year-old air conditioning technician who was resting by the chair. “I can’t say if a state is going to happen, and really, living here is fine, so it makes no difference.” Economist Zafer Al-Rimawi, 36, said, “At the beginning, the American position was not known, but now it is clear. I am not optimistic.” In a similar vein, Delal Yassin, a 50-year-old housewife, claimed, “As long as America and Israel are behind decisions [at the U.N.], I don’t think we will ever have a state.” 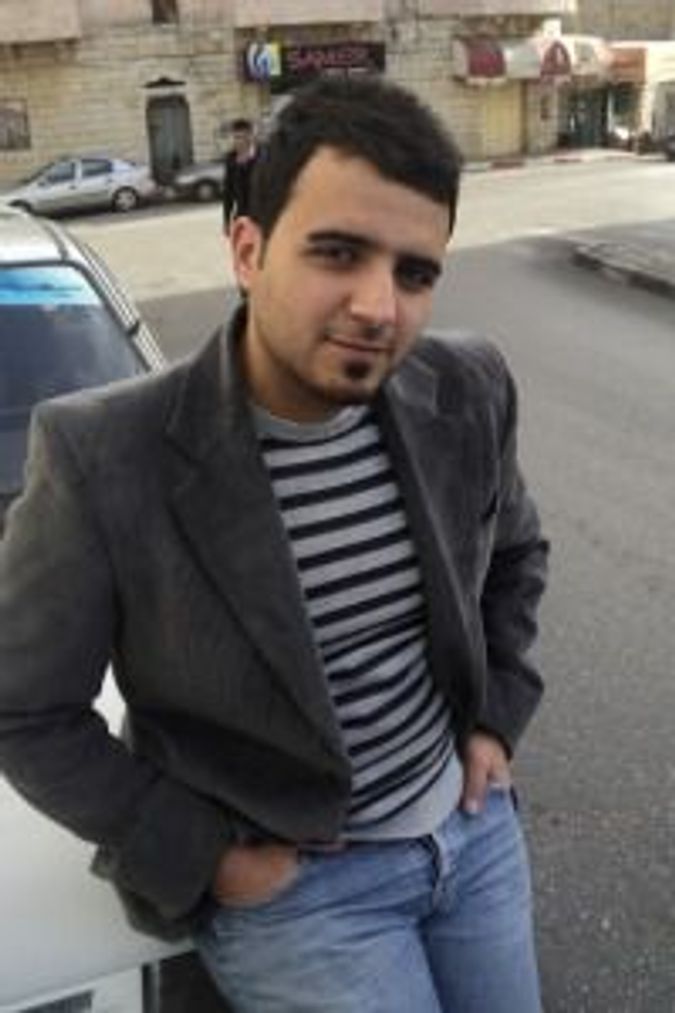 By contrast, 20-year-old Loay Abu-Bram is positively exhilarated at the chance of statehood — “a beautiful idea” — and concludes from moves at the U.N. that “the future belongs to us.”

The Palestinians will win over the international community — aided by an atmosphere of admiration for the Arab Spring — and American objections will prove temporary, Abu-Bram believes. “When you have the whole world on one side and America on the other, America will yield,” he said. “I don’t think America will stand against the whole world.”

A similar mix of views was found in Birzeit. While Rabiya was pessimistic, Muhammed Takqaz, a 23-year-old banker, compared the bid to “a door that opens up to the whole world.” He addressed the reservations of some of his contemporaries, saying: “They talk of the whole of historic Palestine. I don’t think this is the right thing; we can’t get the whole of historic Palestine now, but maybe we’ll get this state now [in the West Bank and Gaza] and start to reach up into the whole country.”

In Palestinian villages, opinion ranges from Salim Muhammad, who thinks the statehood bid “is finished,” to Abdulla Kanahan, who believes that “there should be no disappointment, no pessimism.” Muhammad, a traditionally attired 55-year-old resident of Surda, northeast of Ramallah, believes in the doctrine of “no peace with Jews” and thinks that negotiations with Israel are “a waste of time.” But Kanahan, a 45-year-old teacher in Hizma, a village near Jerusalem, believes that even if the bid fails, it sends out an important message that the Palestinians are serious about taking a peaceful path. He is hopeful that America will reconsider using its veto. “Governments change — maybe the government in the U.S. will change,” he said.