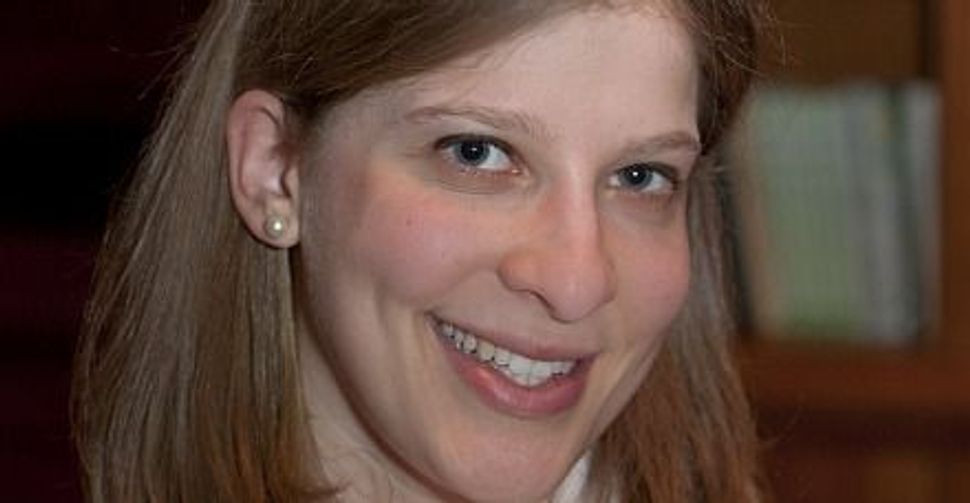 Image by COURTESY OF PRINCETON UNIVERSITY

Miriam Rosenbaum is not your typical yeshiva girl, though she is deeply devout and modest to a fault. 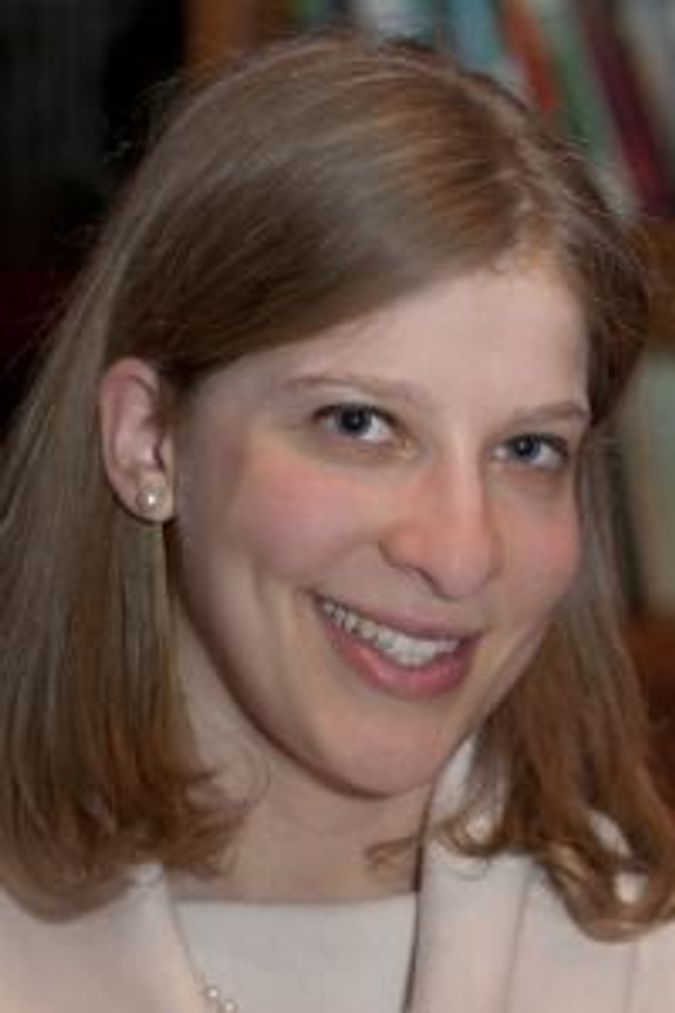 The Princeton University senior is the first Orthodox woman to win a Rhodes Scholarship ? and she wants to use the honor to champion the education of Jewish girls.

?I hope that Orthodox girls realize they can be frum and get any education that they want,? said Rosenbaum, 22, who grew up in the Bronx and attended Bruriah High School for Girls, in Elizabeth, N.J. ?You don?t have to choose one over the other. ?I want to make a kiddush haShem [a blessing for God] and encourage other girls to pursue higher education.?

Mentors say Rosenbaum cuts an impressive figure and has the potential to influence the lives of many other Orthodox girls. ?She presents a very important role model,? said Sara Wolkenfeld, director of education at Princeton University?s Center for Jewish Life/HILLEL. ?Education is an important frontier for Orthodox Jewish women, and it?s really important that there?s no glass ceiling in terms of what they can accomplish. Miriam represents that.?

Rosenbaum, who is studying the intersection of ethics, genetic research and public policy, says she was inspired to excel by stories of her grandfather, Mordechai Rosenbaum.

Her grandfather was a student at Poland?s famed Mir Yeshiva when Hitler?s troops began their advance. He escaped with the help of Chiune Sugihara, a Japanese diplomat who issued the students travel visas. An essay about her grandfather was part of Rosenbaum?s Rhodes application.

?My parents said he would be very proud,? she said. ?I?ve heard so many stories about him that I feel like he is still alive.?

Rosenbaum expects to graduate from Princeton in May 2012. As a Rhodes Scholar, she will spend the next two years at Oxford University, after which she plans to return to Princeton to complete a master?s degree focusing on the economic side of public health policy. Among the 31 other Rhodes winners from the U.S. this year is Ronan Farrow, son of Woody Allen and Mia Farrow.

Rosenbaum is also now earning certificates, or minoring, in African-American studies, Near Eastern studies and Judaic studies. She plans to spend her winter break in Iceland, studying genetic privacy laws.

?I want to be an advocate in the health care world for marginalized populations, like the elderly and disabled,? she said. Her interest is rooted in the religious values with which she has been raised.

?My desire to focus on the elderly and the disabled directly stems from my Jewish ethics, kibbud av v?em [the commandment to honor your father and mother] and taking care of people who can?t take care of themselves,? she said.

Last summer, Rosenbaum worked in the National Institutes of Health?s bioethics department on issues related to pluripotent stem cells, which are derived from skin and blood cells rather than from embryos.

For three summers before that, she worked with special needs campers at Camp HASC (Hebrew Academy for Special Children), a sleepaway camp in Parksville, N.Y. She impressed the camp?s then program director, Avi Sacks, during her first summer there, when she worked as a waitress, and was quickly hired to be a counselor.

?She inspired a great deal of trust. She displayed maturity that was beyond her years,? Sacks said.

Like others who know Rosenbaum, Sacks added that it came as no surprise that she landed the Rhodes Scholarship. ?Hopefully more Jewish girls will aim to achieve what Miriam has done,? he said. ?And I think she has made it a more attainable goal.?

Her experience at HASC led Rosenbaum to realize that she would rather work on health care policy than become a doctor, so that she could have an impact on more than one patient at a time.

She is the very model of modesty. Painfully uncomfortable talking about herself, Rosenbaum could hardly bear to speak with a reporter.

The third of four children, she declined to share any details about her family and, citing security concerns, even asked that the name of the family?s Bronx neighborhood not be identified. An official source at Princeton said she lives in Riverdale.

She was willing to say a bit about her Jewish education. She said she was inspired by Bruriah?s then principal, Chaya Newman, who was ?an eishes chayil [woman of valor], brilliant and strong and independent,? Rosenbaum said. She then spent a year at Michlalah seminary in Jerusalem before beginning college.

It has not been difficult to lead a strictly Orthodox life at Princeton, even though the Ivy League university once kept a strict quota system to restrict the number of Jews admitted.

The university gave Rosenbaum a manual room key on a necklace for use on the Sabbath, as carrying and using an electronic key card are forbidden for the observant. She dines at the kosher Center for Jewish Life, where she also studies Jewish texts, and has easily been able to rearrange tests when they have been scheduled for the Sabbath. There are even separate hours so that observant women can swim in a campus pool, she said.

Rosenbaum is also involved in interfaith dialogue as a co-convener of the Religious Life Council, which brings together students of all faiths for dialogue and discussion in weekly meetings and an annual retreat.

She hopes to have a traditional Jewish home and family life. Asked if she feels daunted by the challenge of accomplishing all her goals, she credited other women with showing her the way.

?I have so many role models of women who are able to balance both,? she said. ?I?ve only seen it work out well.?