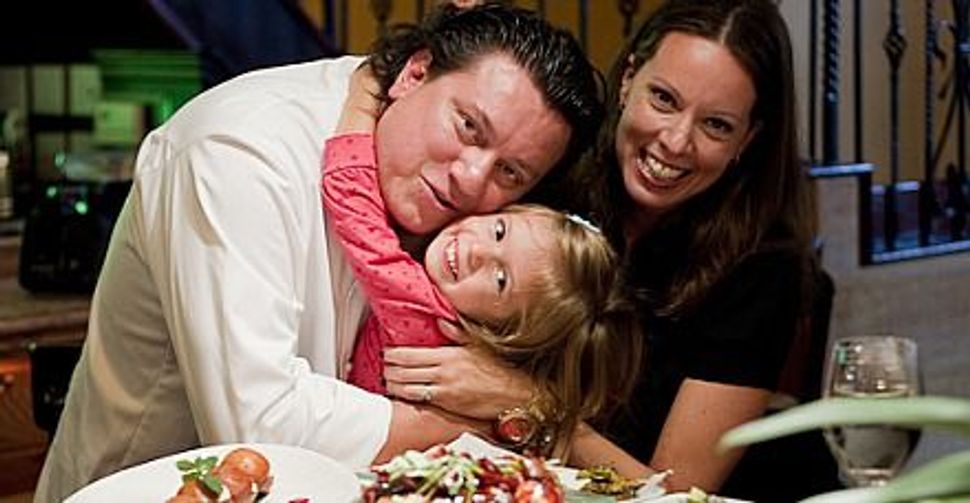 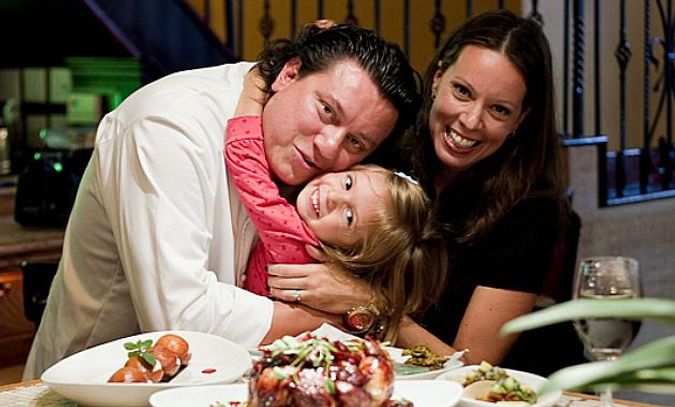 Mexico in December overflows with Christmas spirit. Virtually every home boasts a nativity scene and pots planted with bright-red poinsettias. And on Christmas Eve, families follow the solemn midnight Mass with a festive party filled with delicious food and a piñata for the kids. Unlike in America, where Hanukkah has become its own commercial and celebratory presence, Mexico’s 40,000 to 50,000 Jews tend to light candles, spin the dreidel (called a pirinola in Mexico) and eat fried foods, like the sweet, syrup-drenched Sephardic fritters called bimuelos, in relative obscurity. But north of the border, in America, some Mexican-born chefs and artisanal food producers have begun to find creative ways to combine Mexican and Jewish heritage and cuisine in celebration of the Festival of Lights. 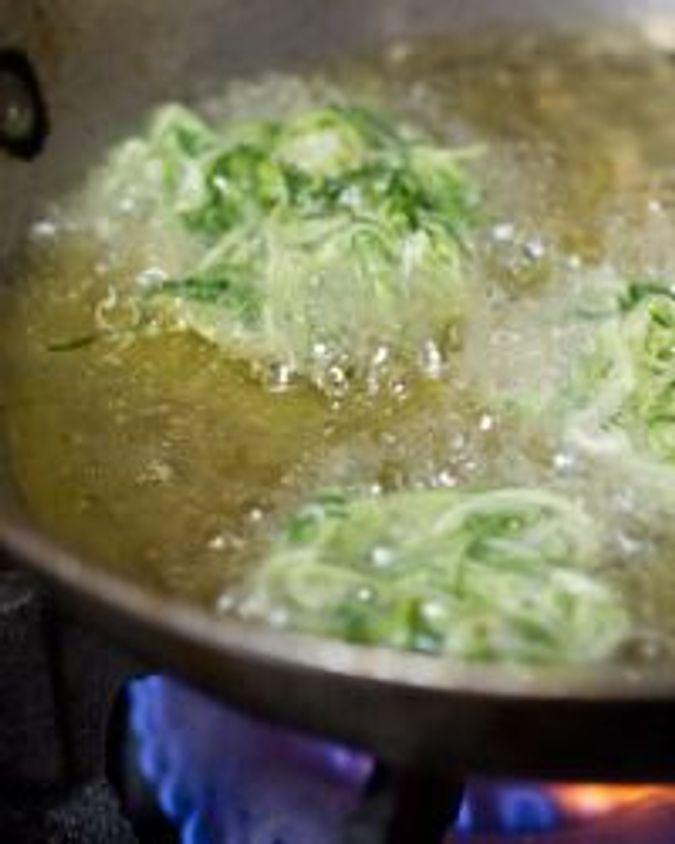 For New York City chef Julian Medina, whose restaurants include the contemporary Mexican bistro Toloache and the pan-Latin restaurant Yerba Buena, offering customers a Mexican-inspired Hanukkah menu has become something of an annual tradition. The Mexico City-native converted to Judaism after falling in love with New Yorker Annie Sigal Medina, whom he married in 2004. Since then, he has incorporated Jewish practices into his life, and Jewish flavors into his cooking.

Medina’s menu, which will be available throughout the holiday at several of his restaurant locations, features a trio of latkes: potato jalapeño, Mexican cheese, and zucchini topped with apple tomatillo salsa, roasted chipotle agave salsa and horseradish crema. There also will be white fish guacamole made with smoked fish, mashed avocados, chilies and red onion; a Hanukkah gelt-inspired margarita, with Mexican chocolate and gold leaf, and dulce de leche sufganiyot, or powdered-sugar doughnuts, for dessert. His brisket tacos, originally a Hanukkah-only item, were such a hit that he eventually added them to his year-round menu. Medina said the Hanukkah dishes work because Mexican and Jewish cuisines share overlapping ingredients. “We eat a lot of brisket in Mexico,” he said. “We just tend to prepare it with more spices, like cumin, chipotle and Mexican oregano.”

Fellow Mexico-to-New York transplant Fany Gerson, who runs an artisanal Mexican ice pop and sweets company called La Newyorkina and is the author of the cookbook “My Sweet Mexico” (Tend Speed Press, 2010), said Hanukkah was the one time of year her parents let her indulge her deep-fried sweet tooth.

“My family’s Hanukkah celebrations were typically low-key, but my mom would take me to the bakery for strawberry jam doughnuts,” she said. Those early Hanukkah memories translated into a boon for Gerson’s customers. Today, she makes Mexican-themed sufganiyot, with fillings like passion fruit curd, quince jam with Mexican cinnamon and sweet cajeta, or goat’s milk caramel, which she sells at markets around New York City. She also plans to bake rugelach (one of her favorite Jewish desserts, which stems from her father’s Ashkenazi roots) to ship to customers across the country. Gerson flavors the traditional rugelach dough with pineapple and coconut jam, and apricot preserves spiked with spicy guajillo chiles.

In Los Angeles, 2,500 miles away, Takosher, the kosher-certified taco truck founded by Lowell Bernstein in 2010, offers latke tacos year-round. The carb-heavy taco fills a tortilla with battered, deep-fried potato, onion and cilantro patties topped with apple jalapeño chutney. And Katsuji Tanabe, chef-owner of MexiKosher, commemorates the holiday with an eight-day fry fest featuring deep-fried burritos (“huge 3-pounders,” he said) and brisket carnitas, (a dish traditionally made with pork), simmered overnight in duck fat. “Very healthy,” Tanabe commented, laughing. While not Jewish himself (he’s Mexican and Japanese), Tanabe caters to the Pico-Robertson community, which is one of Los Angeles’s most heavily populated Jewish neighborhoods. “Mexican cuisine also tends to rely on foods enriched with oil,” Tanabe said — a trait that makes cooking for Hanukkah a natural fit.

Eating Mexican-Jewish fusion cuisine may seem like an unlikely way to celebrate Hanukkah, and it certainly strays from the typical latke and applesauce box. But in light of Jewish food history and America’s culinary melting pot, it makes perfect sense. As Rabbi Michael Sternfield writes on his blog, Jewish Fusion Recipes, “Over the many centuries… creative Jewish cooks have drawn upon local ingredients and favorite dishes and made them their own.” In this case, the tables have turned, with Jewish food acting as the base from which creative Mexican chefs can explore. “What could be more natural than combining the best of both worlds and thereby creating something new and exciting?” Sternfield asks. As one bite of Medina’s crispy potato jalapeño latke topped with apple tomatillo salsa proves, this particular cross-cultural collaboration — between the hearty, cold-weather fare of Eastern Europe and the sun-drenched produce of Mexico — is something worth celebrating.