Festival of (New) Light — and Sound 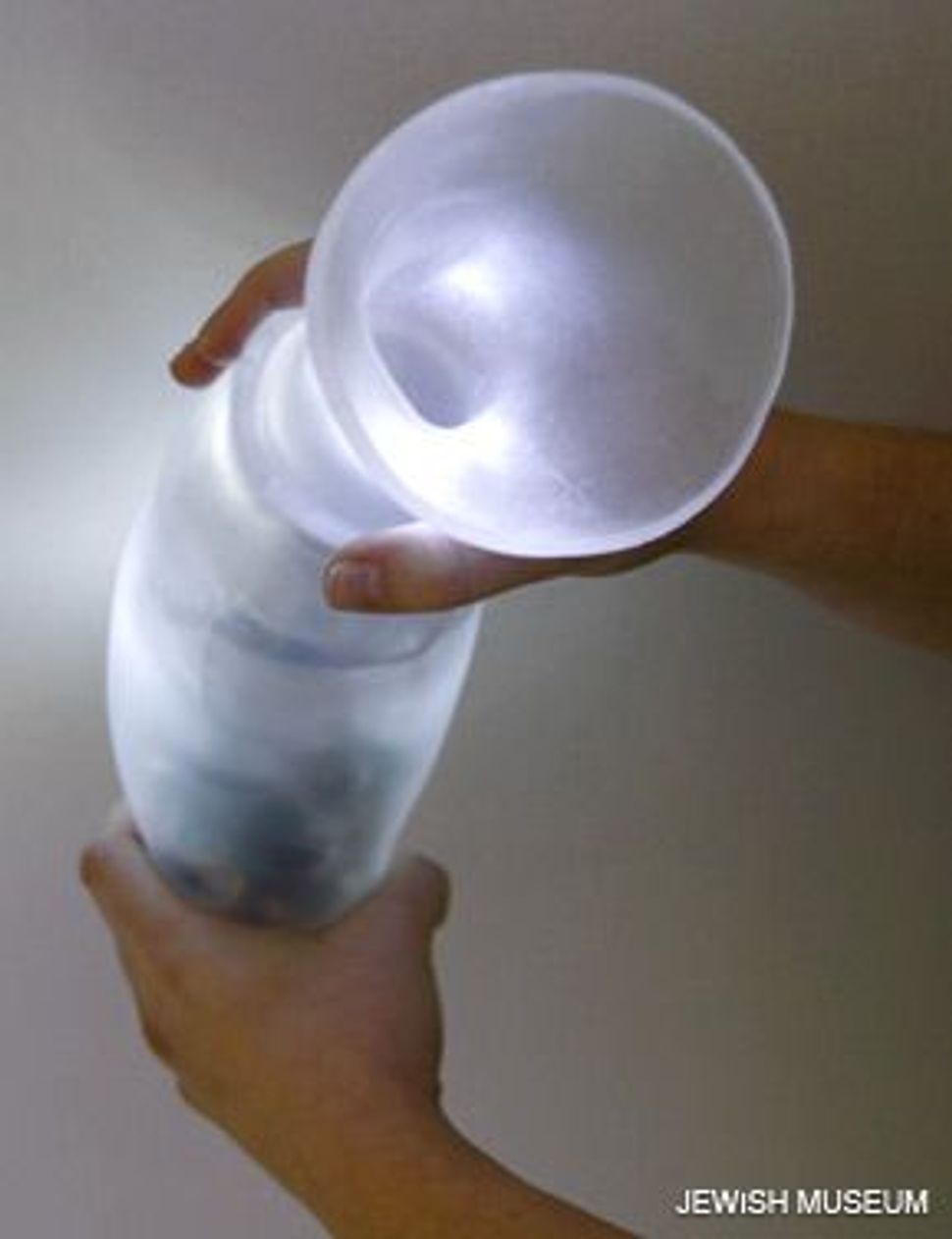 Everyone knows that Hanukkah is the Festival of Lights, so what were artist Julianne Swartz and The Jewish Museum thinking when deciding on a sound installation for the holiday? What they were thinking, it turns out, is that they can change what people know. 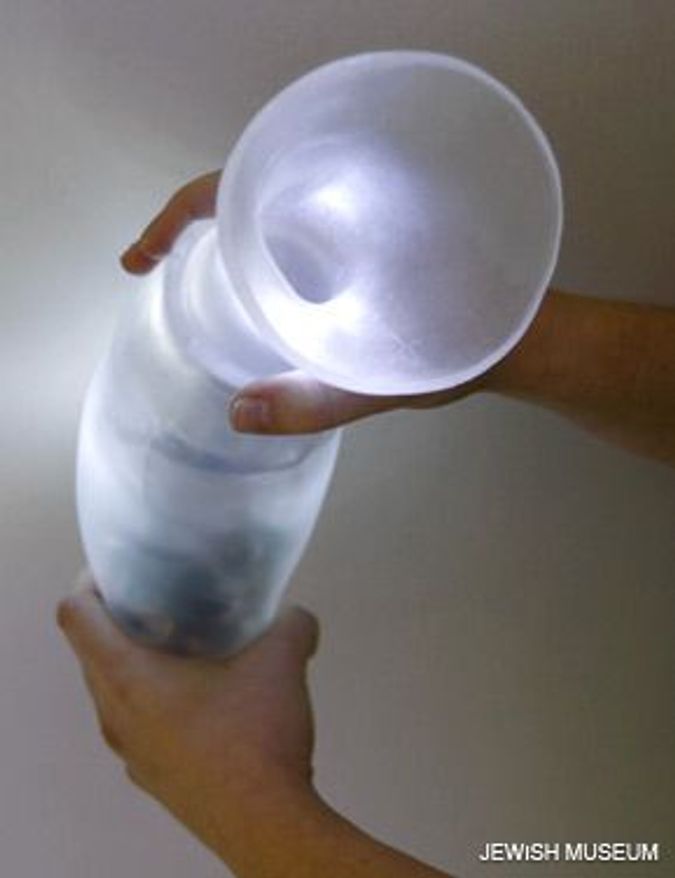 “The Hanukkah Project: The Sound of Light by Julianne Swartz,” which runs through March 15, 2009, is a two-part installation. The first part — only the introduction, really — is in the entrance lobby of the museum and introduces Swartz’s aesthetic. Three gently glowing plastic horns are housed in a small box, with their open ends sticking out. Visitors are invited to bend down and listen to the eclectic music quietly piped in. The second part, the main portion of the exhibit, is an object that allows you to re-experience and rethink the institution of museum audio guides, the general concept of cell phones and, most importantly, the museum’s permanent exhibition of art and artifacts from Jewish culture and history.

On the fourth floor, at the start of the permanent exhibition, free receivers are distributed. These share the general look of the fixed horns in the lobby, but they are wireless loudspeakers receiving and playing eight different sets of sounds located through the standing rooms of the permanent exhibit on the fourth and third floors. These receivers are custom built and defy easy description, but if you tried to replicate a foot-high cochlear-shaped stalagmite that glowed in semi-translucent plastic, you might end up with something like them.

Generally, the visitor hears only static — what the installation notes call “the aural equivalent of darkness”— but as the receiver gets closer to one of the sound sites, it begins to pick up the sound that Swartz has left there. There are also texts at the sites; along with the sound, the text encourages the visitor to reinterpret surroundings that — for this reporter, at least — were comfortably familiar.

It’s usually a bad sign when you can sense a museum director’s specifications through the art. Here, it felt like a blatant attempt at getting people to visit the higher floors and not just the events and special exhibitions on the lower floors. But however blatant the intention, success is a great motivator for forgiveness.

In this case, the concept for the installation was delightful, and the realization gratifyingly cryptic. The static is provocative; the sound choices are, on the whole, suggestive (for example, the installation section “Sounds of Beginning and Ending” is found in the “Enlightenment and Emancipation” room of the permanent exhibit), and the experience is both rewarding and as difficult to categorize as the receivers are to describe.

As well as having an oddly comforting blue glow (think kinder, gentler Cronenberg), the receivers make us think about the authority we vest in the audio guides to our heritage, whose credence comes from being written by experts and narrated by celebrities. And they make us think about how we simultaneously process sight and sound. The daily search for better reception, concomitant with our strange existential mode of continuous aural radio contact, gets thrown into new relief when what we are trying to receive and understand is no longer mundane gossip or instrumental business, but rather a wide variety of Jewish-ish sounds (including readings of “The Giving Tree,” recordings of jazz music, clips of historic Jewish broadcasts and even the music of rubbed glass) thrown into juxtaposition with the artifacts of our civilization.

Swartz and The Jewish Museum do more than just swap one set of preconceptions for another. What they do is use sound to shed new light on the existing culture and its existing artifacts. And in the end, isn’t that what Hanukkah is — the Festival of New Light?

Listen to a sound sample below:

Daniel Friedman is the Forward’s arts and culture editor.

Festival of (New) Light — and Sound