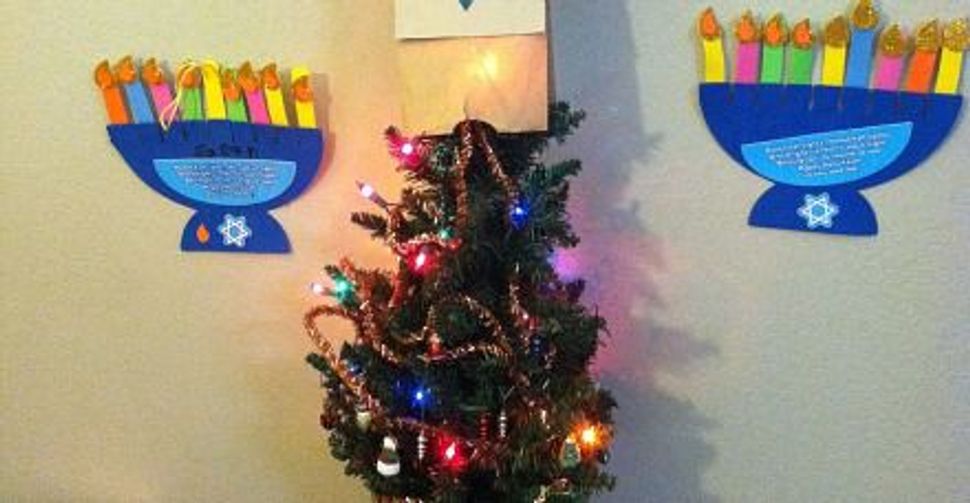 I’m a cynical Jew with goyish tendencies. With unabashed intemperance, I hedonistically succumb to bacon wrapped shrimp, afternoon noshes on Yom Kippur, unleavened naan bread rather than (the cardboard better known as) matzo on Pesach, and perhaps a Cadbury Easter cream egg or two during Lent. I’ve got no tsimmis in my intestines and no kreplach in my soul. 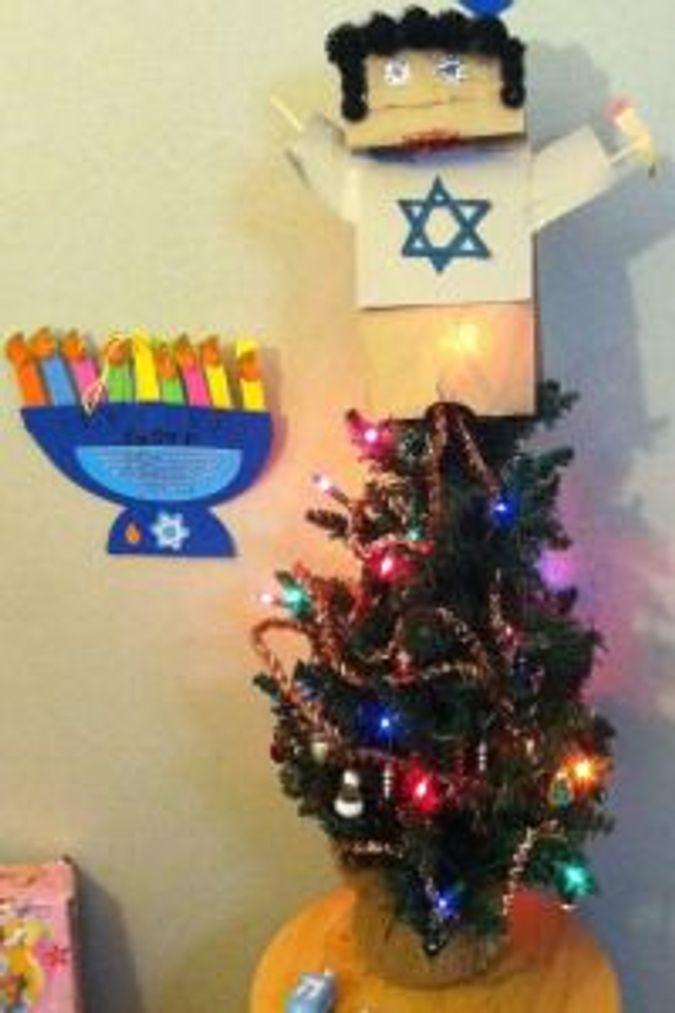 Hanukkah Bush: The author explains how he was forced to cave in and accept a Christmas tree in his Jewish home. Image by Jarrod Tanny

But I have always drawn the line at Christmas, a boundary whose crossing would mark the ultimate betrayal of my yichus and the annihilation of my residual Yiddishkeit.

So when I, a Canadian by birth and an Israelite by descent, relocated the gantzeh meshpuchah to the Bible Belt, I was determined to keep Jesus and Santa out of my chimney, even if I needed a court order, pepper spray or a 12-gauge, all of which are available at the local Walmart.

But on December 20, 2011, this armed Jewish curmudgeon lost the battle to a bearded fat man and an evergreen. Our glorious menorah will be lit for eight nights, but it will be overshadowed by reindeer, Frosty, roasting chestnuts, tinsel and — yes, tfu, tfu, tfu — even a tree.

I have no intention of boring you, dear reader, with yet another tale about a deluded Jew who thought himself clever by applying speciously Talmudic logic to justify his so-called Hanukkah bush, his invented holiday Festivus or his unexpected special guest, a wizened bewhiskered yarmulke-wearing Hasidic-looking fella bearing the dubious moniker “Chanu-Claus.”

What follows is much more modest in intent: a few snippets of dialogue that transpired in my crumbling Jewish abode. They capture the dawn of a new millennium, which was immaculately conceived and delivered in my living room.

My 5-year-old daughter: “I want to be one of the Christmas people.”

Me: “And I want to be American. Tough darts farmer.”

My wife to the kids: “It’s Reindeer Day! See if the reindeer left you any candy.”

Me: “What the hell is Reindeer Day?”

My wife: “The kid’s [goyish] school made up the holiday. We can do it. What’s ‘un-Jewish’ about Reindeer?”

Me: “Rudolf sounds a little too Third Reich for me. So does Claus, come to think of it.”

My wife: “What should I give [my best friend the Christian Fundamentalist] Patty for X-mas?”

Me: “Make her a shirt that says ‘My Best Friend killed Jesus and all she gave me was this lousy T-shirt.’”

My wife: “Please, please can’t we get a Christmas tree this year?”

Me: “I’m tired of talking about it. Do whatever you like, but I will play no role in its acquisition or disposal.”

My wife: “Will you sit around the tree with us?”

My wife: “And Sarah wants you to dress up as Santa.”

My wife: “What’s gay about Christmas?”

Me: “Well Philip Roth did call Jesus ‘the Pansy of Palestine’. But I figure if this here Jew in Dixie is going to cross one forbidden boundary I might as well cross them all. This is what the holidays, after all, are all about.”

I awoke on the morning of the first night of Hanukkah. On my way to the coffee machine I tripped over something prickly. Sure enough it was a Christmas tree — a rather pathetic little thing, barely 2 feet tall, constructed from phony foliage, complete with built-in lights and an AC adapter. My euphoric wife was so proud of the dreidel-shaped stockings she knit in order to convince the kids (and undoubtedly herself) that we were still Jews.

That morning I stumbled into the cauldron of heresy. But I felt nothing. There was no repetition of the agony and the ecstasy I had experienced upon raising that very first slice of bacon, oozing with treifeneh shmaltz, to my quivering lips.

I later discovered that my wife had borrowed this all-in-one portable Christmas tree from [her best friend the Christian Fundamentalist] Patty, who probably kept it in her trunk beside her emergency baptism kit. Patty now believes that we are on the path to salvation and, accordingly, her messiah is one step closer to returning.

But Semitic stockings on Hanukkah bushes fool nobody. Everyone knows that Jesus is the reason for the season.

Jarrod Tanny teaches Jewish history at the University of North Carolina Wilmington. He is the author of “City of Rogues and Schnorrers: Russia’s Jews and the Myth of Old Odessa” (Indiana University Press, 2011).