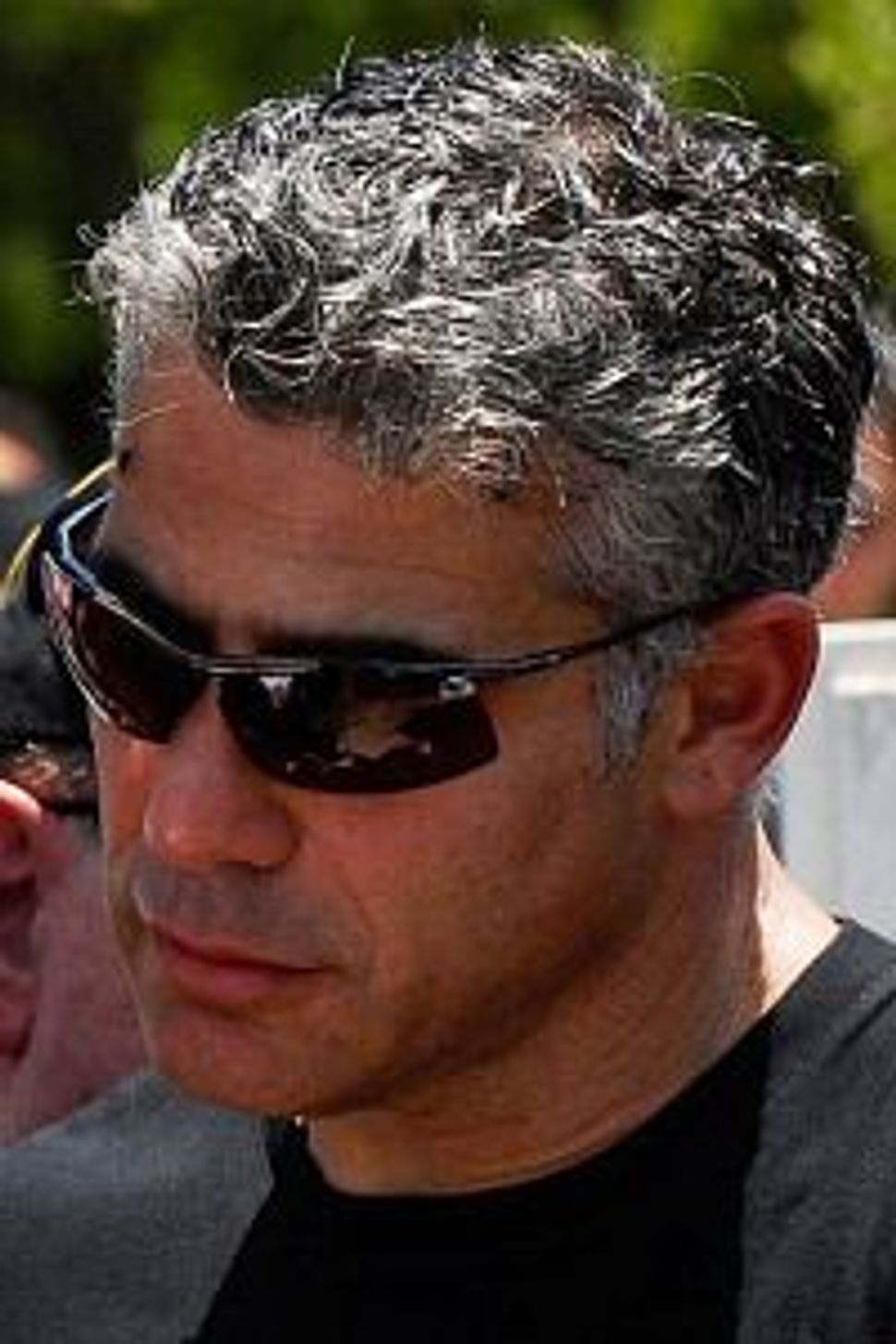 Yair Lapid, anchor of Israel’s most popular weekend news show, columnist in the best-selling newspaper Yediot Aharonot, author, screenwriter and one-time actor, is the self-styled voice of what he calls the “42%.” 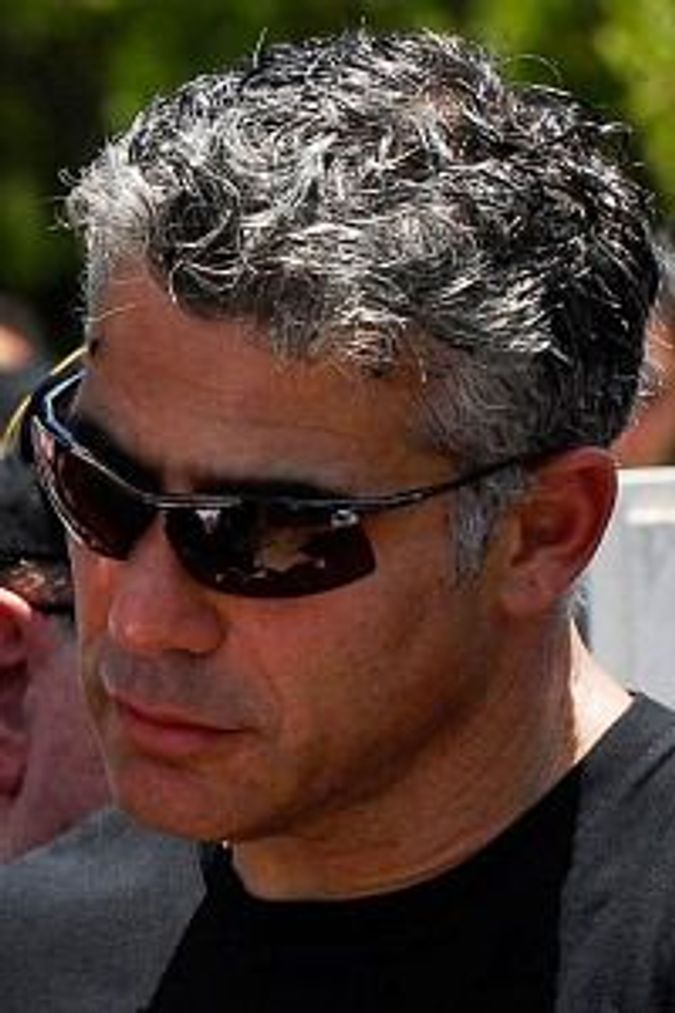 According to his calculation, this is the proportion of the population that is Jewish, secular and Zionist. It’s a political constituency for which he is now making a claim. After years of anticipation, the handsome celebrity, once voted the 36th-greatest Israeli, revealed on January 8 that he is leaving journalism for politics. Before he even announced what his party will be called and who its other candidates will be — if indeed he is planning on starting a new party — polls showed that he would win between seven and 20 of the Knesset’s 120 seats.

“Once upon a time we were the most influential group in this country,” Lapid reminisced in a column last July, referring to the 42%. He lamented then that “because we’re the majority… we don’t deserve anything.” His entry into politics is premised on his ability to change that reality.

The opinion surveys that showed Lapid shaking up the political landscape have Benjamin Netanyahu’s Likud party more-or-less maintaining its current strength and Lapid taking most of his votes from Kadima — which actually has more seats than any other party in the current Knesset.

If this is accurate and Lapid’s popularity holds until the next election — scheduled for next February, but likely to take place sooner — analysts say that by entering politics, he will split the opposition vote and actually help return Likud to office.

“I think that Kadima is in deep trouble,” said Gideon Rahat, a Hebrew University political scientist and expert on political parties.

Kadima chairman Haim Ramon has called on Lapid to join his party, telling Army Radio that the “only way to remove Netanyahu from power is for Kadima, led by [Tzipi] Livni and Yair Lapid’s party, to run together.” But, responding to advice from members of the public on his Facebook page that such an arrangement could help him avoid pitfalls, he wrote, “If I was only looking for a way to protect myself from pitfalls, I would not have entered politics in the first place.”

In Rahat’s telling, Lapid’s decision to enter politics outside of Kadima is a blow to the already troubled party. Its lawmakers represent a broad political spectrum that has only barely contained bitter internal tensions. And as it was set up in 2005 largely to support the Gaza disengagement plan, it lacks the history, traditional voter base and defined ideology that keep traditional parties going during bad times. “This kind of party can disappear, not like Likud and Labor, which can become small but then hold on and revive,” Rahat said.

Some experts are slower to write off Kadima. Tel Aviv University political scientist Tamar Hermann believes that if Lapid does galvanize the secular Jewish demographic, this could lead to the likely victor in the next election, Likud, building an all-secular coalition. Hermann thinks that Likud may shun its current coalition partners, far-right Yisrael Beiteinu and the religious parties, when forming the next government. Kadima would lose a significant number of seats to Lapid, but survive to serve in the government along with Likud, Labor and Lapid’s party.

It is a testament to his popularity that Lapid is enjoying dream results in the opinion polls — commissioned by most of the major media sources, including Maariv, Yediot Aharonot, Channel 10 and the Knesset Channel — even before he has outlined his platform. In his columns, he typically writes what he believes is on the mind of the average citizen, dealing with consensus issues that try to get to the heart of how Israelis live and see their country.

After watching Alan Dershowitz’s film, “The Case for Israel: Democracy’s Outpost,” he asked rhetorically how it is that Israelis “are always on the defensive, always apologizing, and always losing the battle for global public opinion.” He was against a 2010 declaration by rabbis’ wives warning Jewish women to stay away from Arabs, but is “not that liberal” as to believe in intermarriage. He has written that he has told his children that they “are part of a dynasty, an idea, a spiritual relay race where they must not drop the baton.” And in his article “I Am a Zionist,” he gave expression to the most common feelings of patriotism felt by Israelis; of emotion at seeing children go to the army, and of joy at returning to Israel after traveling abroad. He is critical of Haredim — but not to the degree of his late father, Yosef “Tommy” Lapid, a controversial character who led the now-defunct secularist party Shinui.

On the peace process, he positions himself as a compass of centrism between left and right. He wrote a year ago: “The left is wrong because it refuses to recognize that human beings may be equal, yet they are not identical. Different nations have a different character….The right is wrong because in the 21st century national struggles cannot end in victory or defeat, for the simple reason that they cannot end at all.”

Efrat Knoller, an expert on centrist parties in Israel, said the fact that Lapid is polling so well even before talking policies says a lot about the political attitudes of young, middle-class, secular Israelis — the key demographic for Lapid. “They want everything to be the newest: new homes, new culture, new cell phones and new politicians,” said Knoller, lecturer in government at Bar-Ilan University’s Safed College. Among this demographic, Knoller said, political experience is seen as a minus and not a plus, and a new party — if headed by a charismatic leader — is viewed as a more attractive option than an established party.

Ben-Gurion University political scientist Guy Ben-Porat thinks that this phenomenon is a product of a growing disillusionment with the established parties. “I think that people in general have lost faith in the politics of the parties, which is why the uprising [social protests] in the summer happened outside the established politics and its leaders avoided politicians. The other side of this is the constant search for something new — now a political party that isn’t quite a political party.”