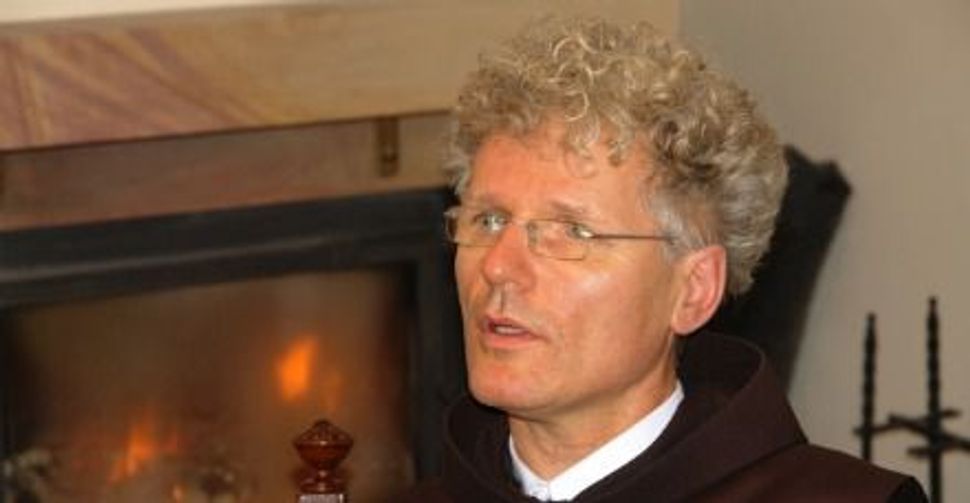 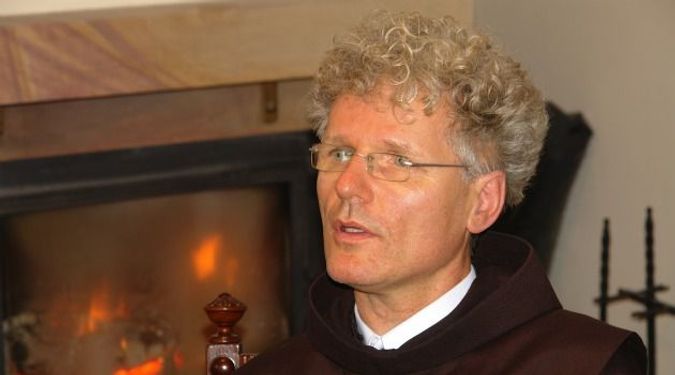 Abrupt Dismissal: Father Maksymin Tandek founded a college of Jewish studies in a Polish town in 2009. Parishioners want to know why he was suddenly dismissed from his post. Image by KRZYSZTOF GALICA

The abrupt dismissal of a Catholic monk from the college of Jewish studies he founded in the northern Polish town of Torun has shattered his dream and brought turmoil to his parish.

Two days before Christmas, the Franciscan Order dismissed Father Maksymin Tandek from his position as director of the Higher School of Hebrew Philology, which he founded in October 2009. He was reassigned to the port city of Gdansk.

Parishioners are outraged at the ouster of Tandek, 45, who started the college to teach Hebrew and Judaic studies.

“The man has done so much good, and now they are getting rid of him like a rat, not even allowing him to say a farewell mass,” Renata Gorska told the Torun newspaper Nowosci.

Dorota Cichowicz told the paper she was “indignant” at the transfer and praised Tandek for turning the other cheek to his superiors in the order.

“If Father Tandek had not accepted his reassignment with humility and showed how much good you can do without responding to evil, this farewell would have turned into a demonstration,” she was quoted as saying.

Tandek did not respond to requests for comment. A spokesman for the Franciscan Order, Father Edward Bielecki, told the Forward that Tandek failed to cooperate with his superiors.

Tandek was removed “due to a lack of cooperation on how to run the school and his refusal to comply with church obligations,” Bielecki said, without elaborating.

The spokesman denied suggestions that Tandek was dismissed because of his advocacy for Polish-Jewish dialogue. “Any such claims are false,” he said.

Bielecki added that the Hebrew language program would continue at the school, which has 40 students, and that plans for a special Jewish cultural program would go ahead.

Speculation abounds about the story behind Tandek’s dismissal. According to a source at the school who asked not to be identified, Tandek blamed his ouster on “a combination of evilness and jealousy.”

The editor of a Catholic periodical in Poland, who asked not to be identified, said Tandek may have unnerved his superiors with his growing popularity in the provincial town of 200,000 people, which is known as the birthplace of Copernicus.

“The religious community grew from a few people to 500,” the editor said. “That’s a lot for any parish, and it certainly is a lot for Torun.”

“It’s possible that he became too independent and that someone was jealous and didn’t like that,” the editor added.

Rivka Halperin, an Israeli who taught Hebrew at the school from the time of its founding until June 2011, said Tandek’s superiors were uneasy with his focus on Jewish history and interfaith dialogue.

They “didn’t like that his priority was on dialogue with the Jews,” Halperin said. “That was his priority. It was certainly mine.”

Halperin was motivated to teach at the school because during the Holocaust, a Catholic family hid her Jewish mother. She hoped her work would help young Poles learn more about Poland’s Jewish past.

“This renewal of interest in Jewish culture is close to my heart,” she said in a 2009 interview, noting the widespread interest in Poland’s Jewish history among young people.

Tandek, also in a 2009 interview, told the Forward that his school had its genesis in 2000 when he received permission to study for three years at a Franciscan school in Jerusalem. It was the realization of a lifelong dream, he said.

On a cold, rainy October day, he showed a picture of himself with Pope John Paul II and said the late pontiff had given the school his blessing.

Two years after that interview, Tandek left Torun, his dream shattered. His parishioners bade him farewell, singing the hymn “My Lord, I Am Yours” as he drove away.