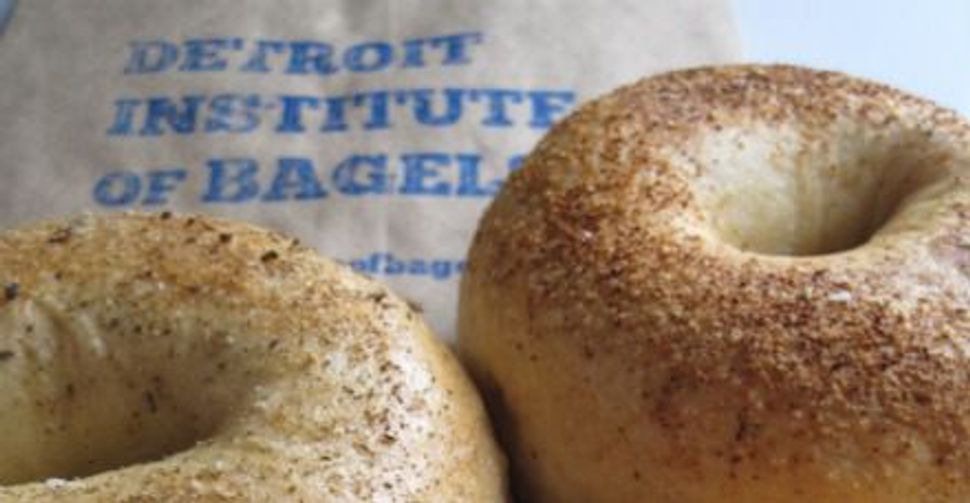 Image by detroit institute of bagels 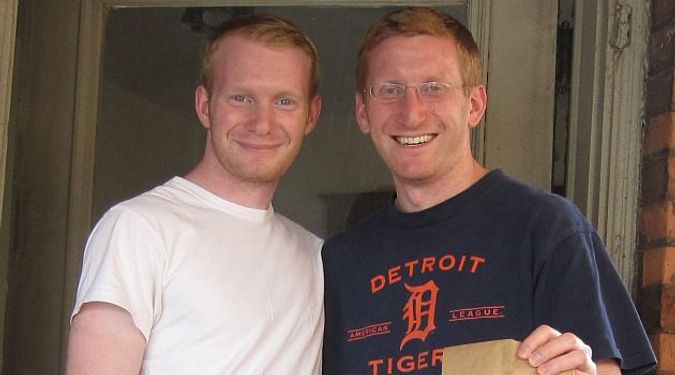 Two Guys and a Schmear: Ben (right) and Dan Newman are experimenting with different types of bagels at their Detroit bakery. Image by detroit institute of bagels

Growing up Jewish in the suburbs of Chicago, I always harbored a bagel inferiority complex. The bagels I found at the grocery store and in the various bagel chains that sprouted in the 1980s and ’90s felt like impostors — swollen and tasteless and slathered with, of all ridiculous things, blueberry cream cheese. The bagels in New York City, I always heard, were the real deal. They were boiled before being baked, yielding a chewy crust and a deliciously dense and fragrant interior. Bagels worthy of the smoky lox piled on top.

I solved my personal bagel crisis by moving to Brooklyn. Ben and Dan Newman, 20-something brothers who grew up five hours northeast of me, in suburban Detroit, forged a more entrepreneurial solution: They began baking their own. “True bagel lovers know that what separates bad bagels from good is the boil,” Ben Newman said. So last February, the Newmans launched the Detroit Institute of Bagels out of their apartment in Detroit’s Corktown neighborhood. The goal was to “fill the city’s bagel void” (the only other bagel shops within city limits are an Einstein Bros outpost on Wayne State University’s campus and a couple of coffee shops that import bagels from the aptly named New York Bagel Baking Company, in nearby Ferndale) by opening an independent shop that served fresh bagels, made right. 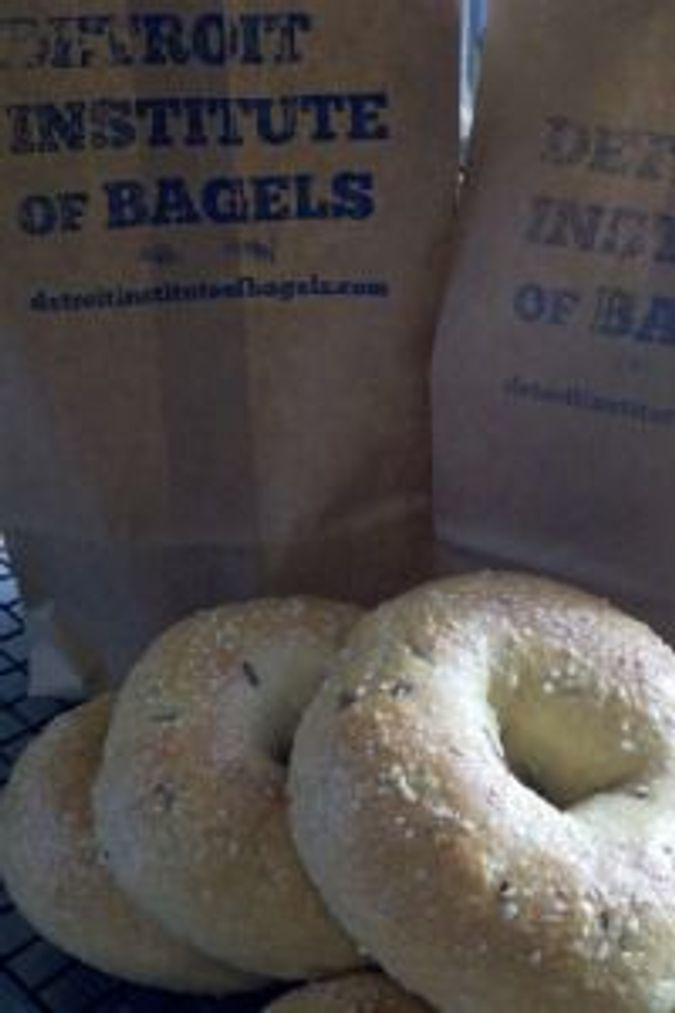 Image by detroit institute of bagels

Over the past year, they began to do just that, developing a variety of home-boiled and baked bagels in traditional Jewish-bakery flavors, like salt, sesame and poppy seed, as well as artisanal varieties, like rosemary, olive oil and sea salt, and scallion dill. Their list of specialty doughnuts also includes Fragelrocks (doughnut hole-sized rounds of raisin bagel dough, deep-fried and tossed in cinnamon sugar) and dried cherry-chocolate bagels, which undoubtedly stray into blasphemous territory but are spared by the thoughtful homage to Michigan’s signature fruit. And while kosher keepers and bagel purists alike will object to the company’s bacon cheddar bagel, it is — not surprising for the meat-loving Midwest — one of the most popular sellers.

The brothers began selling bagels as a fundraiser for Detroit’s Isaac Agree Downtown Synagogue. They then launched a weekly stand at Eastern Market, the city’s historic and beloved farmers market. Word spread, sales grew and this past December the brothers took a turn toward the serious, signing the lease for a brick-and-mortar storefront on the border between Corktown and downtown. The space currently looks more like a construction site than like a bagel shop. But Ben Newman said they aim to be open for business — serving bagels, sandwiches, soups, salads and coffee — within a year.

With a background in urban planning, Ben Newman said he also hopes that the Detroit Institute of Bagels will become a “destination shop,” inspiring customers to travel from surrounding neighborhoods and the suburbs to buy bagels and — equally important — stay awhile. “It may sound romantic, but I believe that food businesses are critical for filling cities with vibrant neighborhoods where people can gather and interact with one another,” he said. Clearly, when it comes to the Detroit Institute of Bagels’ mission, there’s more at stake than dough.

The Newmans’ story represents the larger spirit of can-do entrepreneurialism that, over the past decade and a half, has begun to breathe new life into pockets of notoriously depressed Detroit. Urban farms and community gardens are one outgrowth of this energy, and local businesses — especially food businesses, like the pioneering Avalon International Breads, which opened in 1997, and the brand-new Astro Coffee in Corktown — are another. “Even in the time since I moved here, I’ve noticed a big influx of new places,” Ben Newman said.

Meanwhile, Detroit’s Jewish life has enjoyed a parallel uptick, as young Jews — many of whom, like the Newmans, grew up in the suburbs and then moved away — have begun to relocate to the city in unprecedented numbers. Moishe House, a network of communal Jewish houses set in urban areas, launched a space in Detroit this past summer. Meanwhile, the Isaac Agree Downtown Synagogue has transitioned its identity from the city’s last and barely surviving synagogue to a newly renovated, emerging hub of Jewish life and activity. On the Jewish foods front, Suddenly Sauer, an artisanal pickle company run by fellow suburb-to-city transplant Blair Nosan, joins the Detroit Institute of Bagels. And Avalon sells braided challah on Fridays in honor of co-owner Jackie Victor’s Jewish heritage.

What is encouraging is, whether it’s a Jewish housing cooperative, a renovated synagogue or a bagel shop, Detroit’s new initiatives seem to be moving beyond the startup phase and putting down more permanent roots. In addition to the Newmans’ storefront, Nosan (who previously dabbled in making cultured cream cheese in partnership with the Detroit Institute of Bagels, and led a sauerkraut-making class for Moishe House) is in the process of getting an official business license for Suddenly Sauer, which would enable her to transfer production to a commercial kitchen. And Nosan said that she also dreams of someday opening a delicatessen or dairy restaurant and pickle shop in downtown Detroit. Of course, as with all stories of growth, there will be bumps along the path to a revitalized and more Jewishly engaged Motor City. But if the promise of fresh, steaming bagels slathered with cream cheese is any indication, the journey is destined to be sweet.