Fighting in Gaza Pauses, but Campaign for Captured Soldier Continues 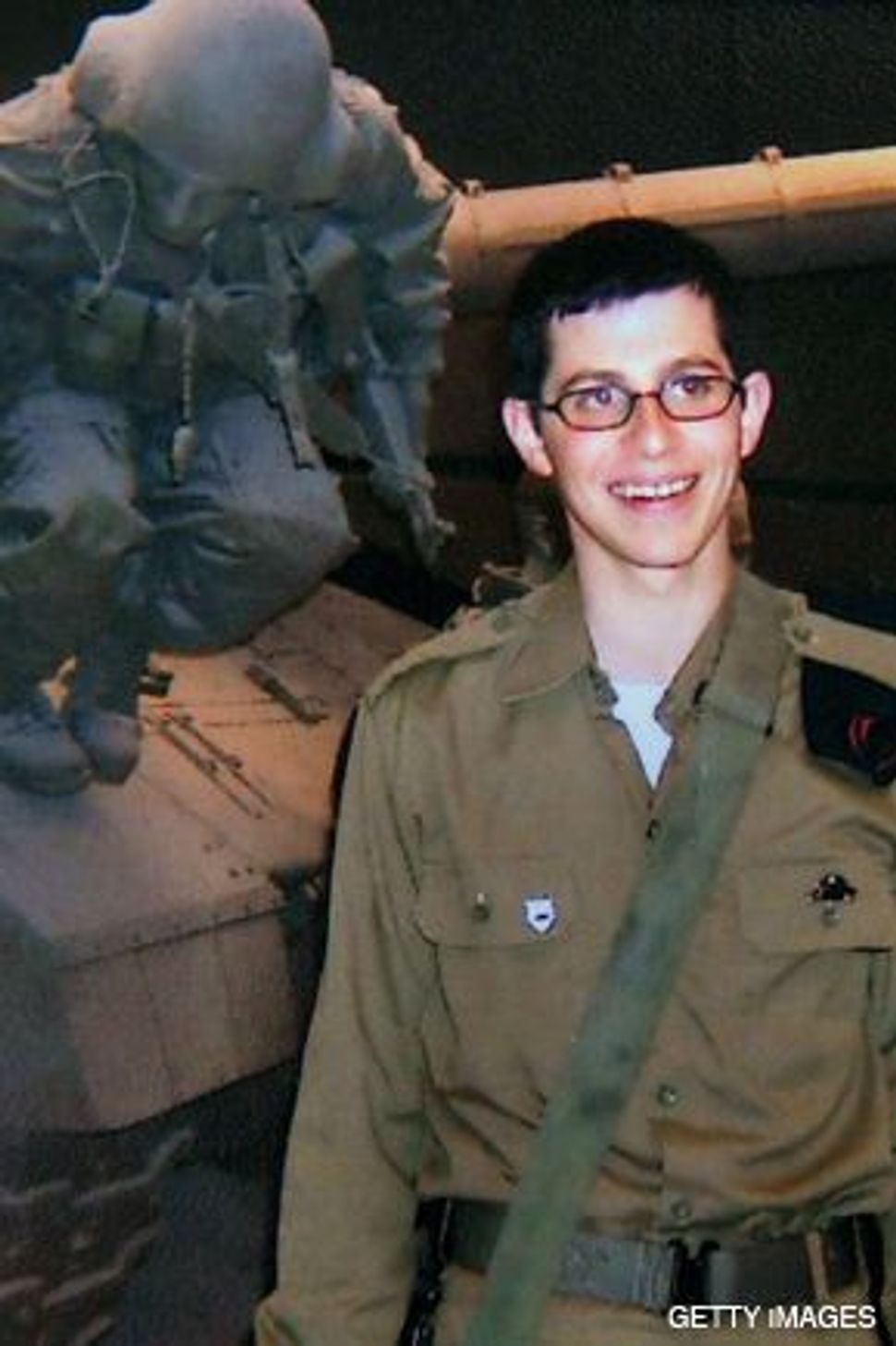 SHALIT: Israeli government leaders are tying any concessions sought by Hamas to progress on the soldier?s return.

Tel Aviv, Israel — At first glance, the scene in central Tel Aviv the morning after Israel announced it was halting its military drive against Hamas in Gaza looked like one of celebration. 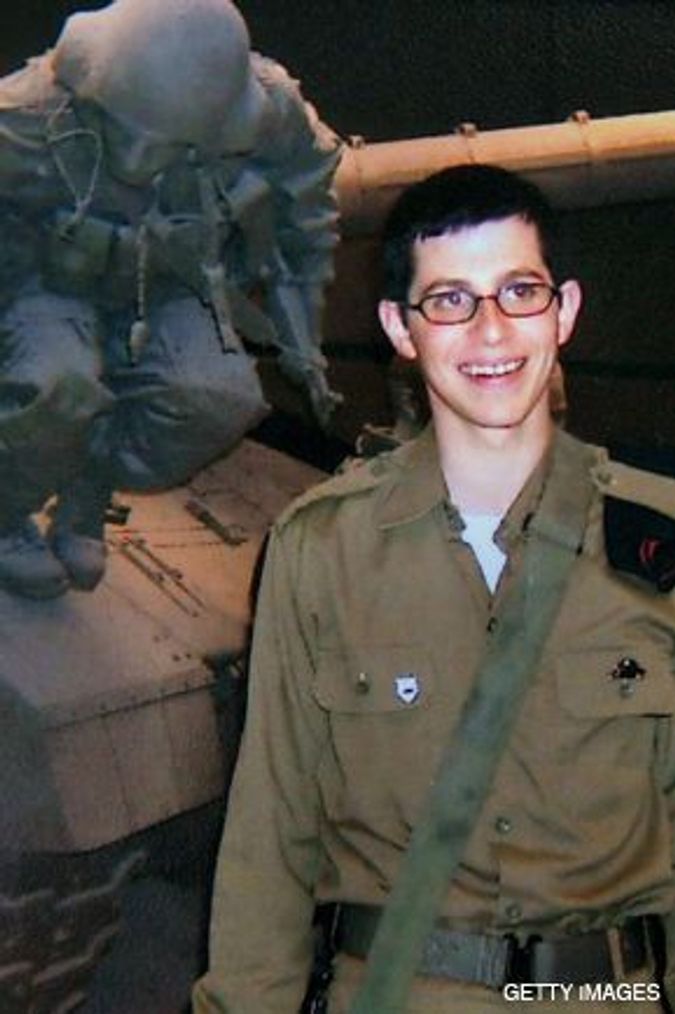 SHALIT: Israeli government leaders are tying any concessions sought by Hamas to progress on the soldier?s return.

Young men were stopping traffic to sell flags for drivers to clip on to their windows — an annual ritual that is usually seen in May, on Independence Day.

But unlike those sold each May, these flags were not celebratory. They were sold out of panic, as part of the campaign to free missing-in-action soldier Gilad Shalit, who was captured by Palestinian militants in June 2006 and held in Gaza since then, his location and physical condition unknown.

The movement to secure Shalit’s return, noticeably quiet during the war, was panicked at the thought of the second military offensive since the soldier’s capture being brought to a close without his homecoming looking any more likely.

“Gilad is still alive,” the text on the flags announced.

Since the unilateral cease-fire that Israel declared in Gaza on January 17, debate has raged regarding whether the final result constituted a victory for Israel. Prime Minister Ehud Olmert and the parties in his ruling coalition tout the destruction of much — though, they acknowledge, not all — of Hamas’s rocket-launching capabilities into Israel. They point to commitments from Egypt and the United States to prevent Hamas from rearming as a way of securing additional big gains.

And they pledge to continue to work for Shalit’s release.

Parties on the right dismiss this. They say Israel’s army should have kept going, that it should have demolished Hamas as a military force and absolutely guaranteed it would be incapable of launching rockets for the foreseeable future.

But in a country famously divided on virtually every issue, the desire to see Shalit come home is a rare matter of consensus uniting left and right. Both cite the failure to secure his release in their critiques of the government. The Israeli human rights group B’Tselem has declared the holding of Shalit to be in contravention of international law and a “war crime” on the part of Hamas.

Such is the public interest in the fate of this one soldier that midway through the war, a Tel Aviv University poll found that eight out of 10 Israelis were against Israel signing a cease-fire that did not involve freeing Shalit.

Shalit is a “unifying factor” in Israel, Tamar Hermann, who co-directed the poll, told the Forward. “Everyone likens Shalit to their family,” she said. “They feel he could be their son or their relative.”

In another poll, this one conducted after the cease-fire, one-third of those who did not deem Operation Cast Lead, as Israelis call the Gaza operation, to have been a success cited the failure to obtain Shalit’s return as the reason for their stance.

This poll, conducted by Channel 10, found Israelis split on whether the operation was a success. Forty percent said it was, 40% said it was not and 20% were undecided.

Now, the Shalit campaign, whose leaders include members of the soldier’s family, is going all out to ensure that the government feels the public pressure on this issue. “For us, if Gilad Shalit is not coming home, the war will have been a failure,” campaign spokesman Shimshon Liebman told the Forward.

Armor Corps soldier Shalit, now 22, was captured at the Kerem Shalom crossing to Gaza from Israel on June 25, 2006, by militants from various Palestinian groups who entered Israel from Gaza through a tunnel. He has been held hostage since, and is not permitted to have visits from the International Red Cross. Though the details of exactly who holds him are not clear, it is believed that Hamas has the ability to free him if it wishes.

Shortly after Shalit’s capture, the Israeli army made an unsuccessful attempt to rescue the soldier. There have been various diplomatic attempts to free him, including those of the Catholic Church’s Gaza parish. There also have been Egyptian-mediated negotiations between Israel and Hamas.

Others who have made efforts include France and the European Union — partly because Shalit has both French and Israeli citizenship — and America’s former president Jimmy Carter. Shalit’s captors allowed him to send three letters to his family, the most recent sent in June 2008. An audiotape was also received.

Last August, Hamas said it was halting all talks until Israel completely lifted its blockade on Gaza, a blockade that continues even with the cease-fire.

During Operation Cast Lead, Hamas departed from the sense it usually gives off that Shalit is a carefully guarded bargaining chip — with a price tag of around 1,400 Palestinian prisoners, according to recent demands. “Shalit may have been wounded, and he may not have been,” senior Hamas official Musa Abu Marzuk reportedly told the London-based Arabic daily Al-Hayat on January 11. “The subject no longer interests us. We are not interested in his well-being at all, and we are not giving him any special guard, since he is as good as a cat, or less.”

But a different message has been put out since the cease-fire, as Hamas has tried hard to claim victory. One of the proofs of Hamas’s success, offered by Hamas official Mushir al-Masri, was that there was “no change regarding the issue of Shalit.” Other militant Palestinian groups have made similar claims.

Most Israelis regard the suggestion that Shalit may have been injured as Hamas scaremongering during the violence. The belief that Shalit is alive is widespread. This is a contrast to the belief about Ehud Goldwasser and Eldad Regev — soldiers captured by the South Lebanese Shi’ite force Hezbollah around the same time as Shalit — before their fates were learned.

The bodies of Goldwasser and Regev were obtained in a July 2008 prisoner swap. An examination of their remains made it evident that they had died in the initial border action by Hezbollah into Northern Israel.

Except for a small number of Gaza militants and possibly some Israeli intelligence chiefs, no one knows much about Shalit’s whereabouts, other than he is believed to be in Gaza — some say most likely in Rafah. There has been speculation that he is an underground cell that is booby-trapped with explosives.

There are more comforting claims to the contrary by a family of Gaza strongmen, the Doghmush clan, that he is being treated well. “Every year a party is held to celebrate his birthday. Yes, there is a cake and candles, music, everything,” clan elder Abu Khatab Doghmush told The Times of London last September.

The Shalit campaign is critical of the six-month cease-fire that preceded Operation Cast Lead, and its objective now is to avoid any agreements with Hamas that do not hinge on Shalit’s return. “If it ends up like last time, when everyone says we can create an atmosphere in which a solution can be found, we would see this as a failure of Israel,” Liebman said.

Olmert spoke about Shalit on January 17, when announcing Israel’s cease-fire. “This statement tonight would be incomplete if I did not mention the kidnapped soldier, Gilad Shalit,” he said. “One hundred meters from here, there is a demonstration for his release, and I respect each and every one of the participants. The intensive efforts to secure Gilad’s release began long before the operation, continued during it and will continue after, as well.”

But some said that ending the operation before freeing Shalit is a defeat. This view was not heard from the Shalit campaign, which is keen to stay on the good side of decision makers. But it was heard among politicians.

“The [Israel Defense Forces] are in the Gaza Strip, and I sincerely hope that the Strip will not be evacuated without returning Gilad Shalit,” Justice Minister Daniel Friedmann said at the January 18 Cabinet meeting.

Shas leader Eli Yishai, minister of Trade and Labor, agreed. “As long as Shalit isn’t home, we must not stop the IDF strikes,” he said. “I’m not opposed to a new ground deployment in Gaza, but we must continue firing from the air.”

The emerging government position is that while Israel holds fire without progress on Shalit, any concessions will be tied to progress on his return. “It is clear to me that at this point in time, Hamas, on the one hand, and the international community, on the other hand, are going to pressure Israel over border crossings and other matters,” Foreign Minister Tzipi Livni said January 20. “While there are things that Hamas wants to obtain from Israel, there is a human being that we want back — Gilad Shalit.”

Livni said that Israel “cannot move forward on any other issue until we make progress on the return of Gilad Shalit.”

Fighting in Gaza Pauses, but Campaign for Captured Soldier Continues