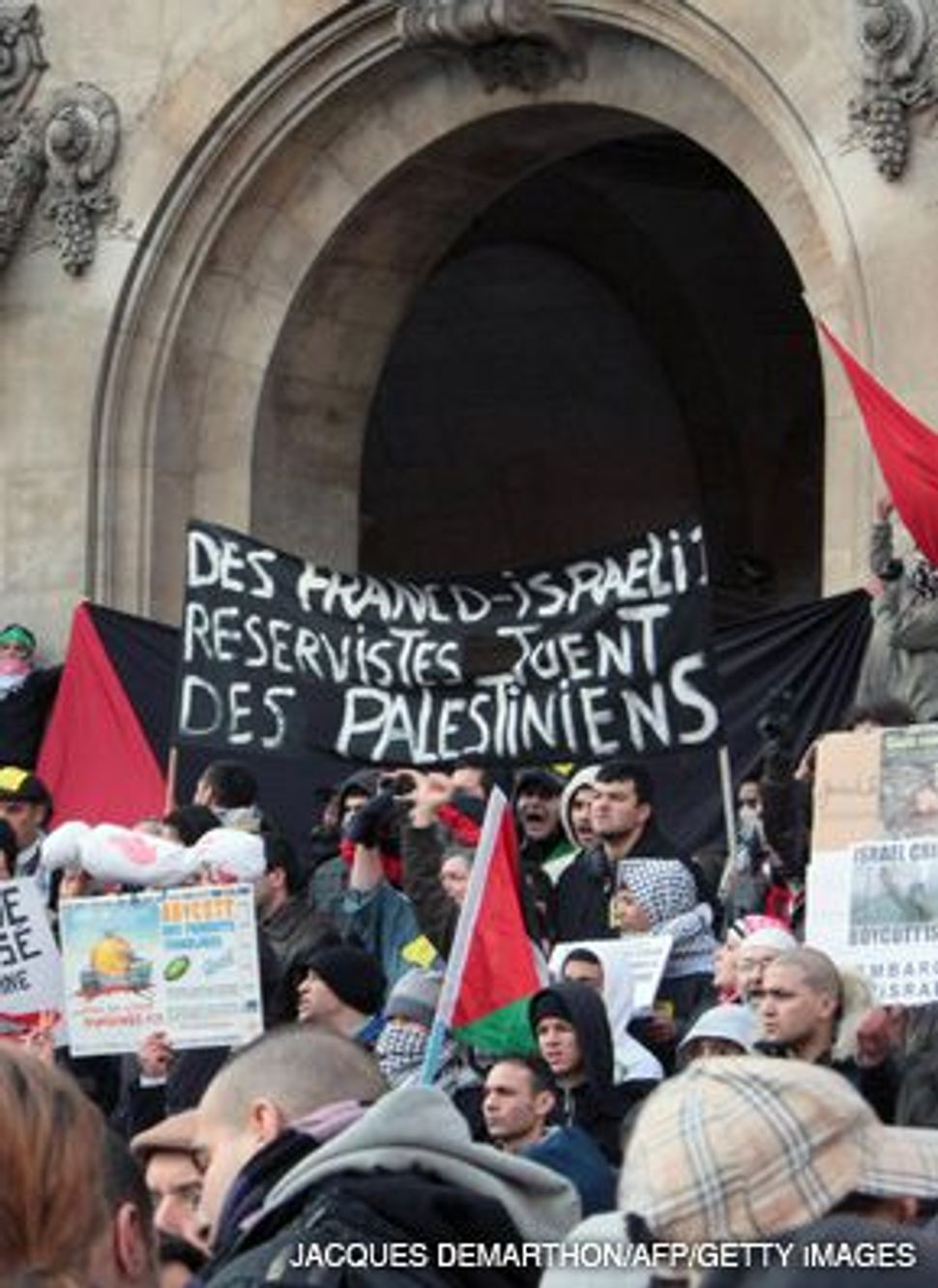 PROTESTERS IN PARIS: Demonstrators gather outside the Opera Garnier on January 17 to protest Israel's military action against Hamas in Gaza.

Paris — For two weekends in a row, as Israel’s operation in Gaza raged, the flags of Hezbollah and Hamas flew in street demonstrations in Paris and other French cities. 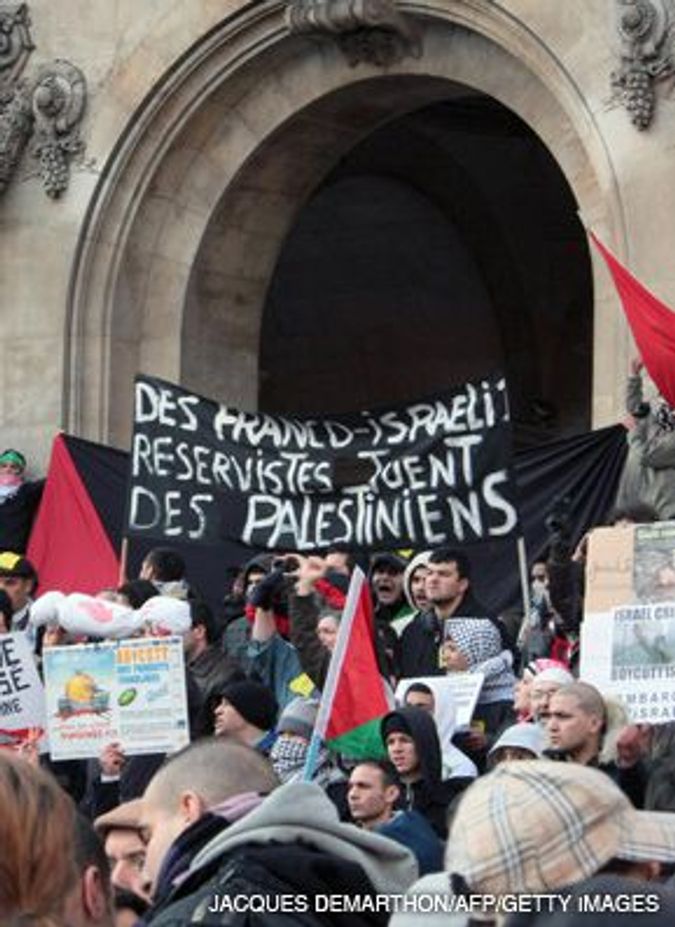 PROTESTERS IN PARIS: Demonstrators gather outside the Opera Garnier on January 17 to protest Israel's military action against Hamas in Gaza.

During the recent violence, antisemitic incidents rose to levels that have not been seen in France since the second Intifadah in 2000 and again when Israel moved into the West Bank in 2002.

Yet, while Jews fretted over the increase in attacks — several of them aimed at the Chabad-Lubavitch Hasidic group — many of the French saw something else: The marchers at pro-Palestinian rallies were mostly Muslims, and those at pro-Israel demonstrations were mostly Jews.

France is a deeply secular country, where the overarching national identity is supposed to subdue ethnic and religious affiliations. The French Republican model is egalitarian, and it embraces a strict separation of church and state. But with the Gaza war, the specter of “communautarism” — the term the French use to describe strong ethnic or religious identification — is seen by many as a bigger threat to the national fabric than the rise in antisemitic attacks.

“What the average Frenchmen sees is that a faraway conflict is creating communautarism here,” said Madani Cheurfa, an expert with the center for research in political science in Paris. “And while the authorities are careful to tamp down its violent expressions, they don’t know how to deal with it on a broader level. They celebrate diversity, but they don’t know how to handle it.”

France has the largest Jewish and Muslim communities in Europe. Moreover, its Muslims are mostly Arab, in contrast to Britain, where most hail from the Indian subcontinent.

While the previous wave of antisemitic incidents at the beginning of the second Intifada sparked criticism among Jews over the lack of reaction by French authorities, Jewish community leaders this time hailed the prompt and firm reaction by the government of French President Nicolas Sarkozy.

But the current incidents have prompted soul-searching about the future of a Republican model that is already under assault by a lagging social and economic integration of the latest wave of mostly African immigrants.

At the same time, the demonstrations revived concerns about the willingness of French Jews to support Israel, even during an operation that the French public largely sees as excessively brutal.

Between the beginning of Israel’s military action against Hamas on December 27, 2008, and the cease-fire on January 19, the number of antisemitic incidents reached 66, a tally that was recorded by the Jewish community and validated by the Interior Ministry. In all of 2007, 261 such attacks were recorded.

Several attacks around Paris were launched against Chabad targets. In addition to the firebombing of a synagogue in the Saint-Denis suburb of Paris, the car of a rabbi in the neighboring area of Aubervilliers was torched on the first day of the Israeli assault. The rabbi of a Chabad center in Vincennes, an eastern suburb of Paris, received a threatening letter January 12.

“You have killed Palestinian children and women, we will do it here with your kids,” the letter read in poor French, according to a copy provided to the Forward.

The rabbi, Joseph Taïeb, filed a complaint with the police, mostly because he wanted to show the letter’s author that “There is a response.”

“We need to make sure there is no crescendo and that there is a response,” Taïeb said in an interview in his small office.

“What’s strange about this is this is a quiet area where there are few Muslims, and we don’t have problems with anyone,” he said.

Although most of the recent incidents involved attacks on Jews, there was one case in which young militants of the Jewish Defense League roughed up two teenagers of North African descent in Paris.

More broadly, while most mainstream commentators have little sympathy for Hamas, some have questioned the alignment of French Jewry on Israel. For instance, they have criticized the claim by Richard Prasquier, head of the Jewish umbrella organization CRIF, that 95% of French Jews supported Israel’s actions.

Observers expect the number of antisemitic incidents to decline if the situation in the Middle East improves. But the lingering effects of the ethno-religious identification are expected to stay. They have already prompted a flurry of news articles about the dangers of France importing the conflict, the fear of communautarism, and the need to find ways not only to build bridges between Jews and Muslims, but also to consolidate the country’s egalitarian Republican model.