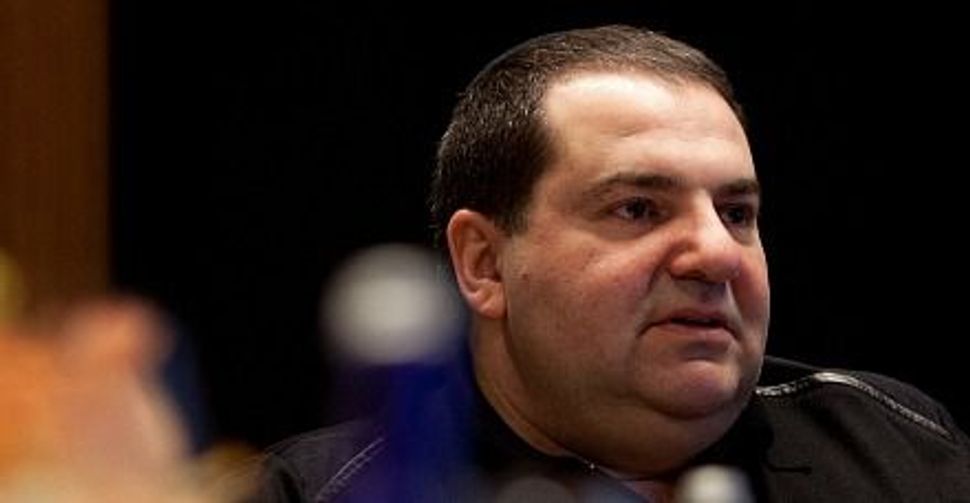 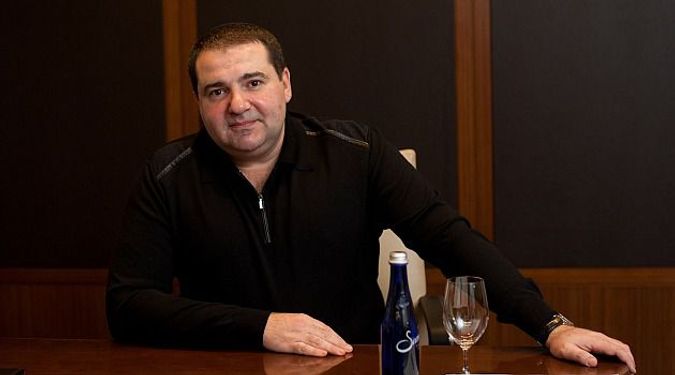 New Voice, in Russian: Alexander Levin is launching a new group to represent Russian Jews. He hopes to galvanize them against what he sees as a mortal threat posed by Iran. Image by claudio papapietro

Sitting at the head of an expansive boardroom table at the luxury Setai hotel in Manhattan, Alexander Levin ponders the 300-square-foot room in Odessa, Ukraine, where he was raised.

It is January 23, two days before Levin will address up to 600 guests at the United Nations in a ceremony organized by the Ukrainian and Israeli missions to the U.N.

The event is ostensibly to commemorate the 70th anniversary of the massacre at Babi Yar, a ravine in suburban Kiev where more than 100,000 men, women and children were murdered by the Nazis during Yom Kippur of 1941.

But Levin has bigger plans for the U.N. ceremony. He wants to use it as an international platform to announce the launch of a new global organization, the World Forum of Russian Jewry, whose main function will be to galvanize the Russian-speaking Jewish Diaspora behind the cause of fighting off a nuclear Iran.

Summoning an image of the corpses of women, children and the elderly “arranged in neat rows” at Babi Yar, Levin will caution attendees, including Holocaust survivors, American Jewish leaders and U.N. Under-Secretary-General Kiyo Akasaka, of the threat of a new Holocaust coming from the East.

“We, the Russian-speaking Jews from the far-flung corners of the earth, stand ready to unite against the nuclear program of Iran,” Levin will tell the crowd. “We will not let another Holocaust engulf us.”

At the hotel, Levin is concentrating on smaller matters, doodling on a letterheaded notepad to illustrate the cramped quarters in which he grew up.

He draws a circle to represent the single room he shared with his mother, father and brother. Then he places it inside a larger square with three other circles denoting other rooms, one for each neighboring family that shared a communal kitchen and bathroom.

He has come a long way from that communal apartment to a grand ambition — to harness the collective power of the Russian-speaking Jewish Diaspora to build “a bridge” between Russia, Ukraine, Europe and the United States.

Levin says the West has tried for too long to use power to force apart Russia and Iran. Instead, Western governments should use Russian-speaking Jews who know the Russian mentality to act as go-betweens “at the highest level.”

Vladimir Putin is a pragmatist, Levin says. With the right offer on the table, Russia would vote against Iran on the U.N. Security Council. As for China? “That’s another business country, too,” he told the Forward.

Russian-speaking Jews, Levin insists, are ready to negotiate on the West’s behalf.

Cynics might note that the World Forum of Russian Jewry is the latest in a long line of Jewish organizations, some more succesful than others, to have emerged from the former Soviet Union.

“I think you have got the right people behind this one,” said Leonard Petlakh, a Russian-speaking community leader from Brooklyn.

The Israeli government certainly seems to think so. Prime Minister Benjamin Netanyahu and Foreign Minister Avigdor Lieberman each sent letters welcoming the formation of the group.

Levin has co-opted several established Russian-speaking organizations, such as the American Forum of Russian Jewry, under his umbrella. There are forums in Canada, Israel, Europe and Australia, and plans for 18 new offices this year, located in Russian-speaking communities worldwide.

Igor Branovan, president of the American Forum of Russian Jewry, said Russian-speaking Jews worldwide had struggled for years to find an organization that could advance a common agenda with an emphasis on Jewish education and pro-Israel advocacy. “By having greater numbers, by having greater access to media and greater budgets, we can do more in this important arena,” Branovan said.

The Brooklyn-based World Congress of Russian Jewry was supposed to fulfill that role. But Branovan, an early member, said the now dormant organization fell from grace amid suspicion that it was a puppet of the Kremlin.

Levin insists that his organization is independent and owes its allegiance to no one.

“We come from the bottom up,” Levin said.

Wearing black jeans, a black zip-up sweater and a black yarmulke, Levin, 43, hardly looks the part of a communal leader.

Mindful of the reputation that precedes most Ukrainian businessmen, he insists that he made his fortune in Kiev during the 1990s — “a crazy time” — without any mafia involvement.

“If you work legally, [the mafia] can’t come to you and give you a hard time,” Levin said, “and we were strong enough to not be afraid of anybody.”

Levin is an American citizen. He speaks English deliberately, occasionally slipping into Russian when he can’t find the vocabulary he picked up during almost six years living in the Brighton Beach section of Brooklyn in the late 1980s and early ’90s.

But his speech quickens when he turns to his newfound faith in God.

“What I want to do with this organization is to bring moshiach [the anointed one] to Israel and to make this country [Israel] very, very powerful,” he said.

Being Jewish meant little to Levin during his formative years. As was the case for most Soviet Jews in 1970s Ukraine, it was significant only as an unfavorable designation on his passport and for attracting unwelcome attention from anti-Semitic bullies.

In recent years, Levin began attending Kiev’s historic Brodsky Synagogue. There, under the guidance of Chabad Rabbi Moshe Reuven Azman, one of the most influential rabbis in Ukraine, he gradually became more religious.

He puts on tefillin daily, prays three times a day whenever he can and keeps kosher “as much as possible.” He believes that God “or maybe an angel” helps him tell the people he can trust by looking into their eyes. He attributes his business success to “Hashem.”

Since moving to Kiev in the 1990s, Levin has earned a fortune dabbling in commerce, energy and, most recently, real estate. His reputation is as one of the richest Jews in Ukraine, but no one can say exactly how rich. Levin recalled how, a few years ago, when he became leader of the Kiev Jewish community, he realized that God’s plan for him was to become more than a businessman. “I started to think: How can I do more? How can I help Jews, Israel and the world?” he said.