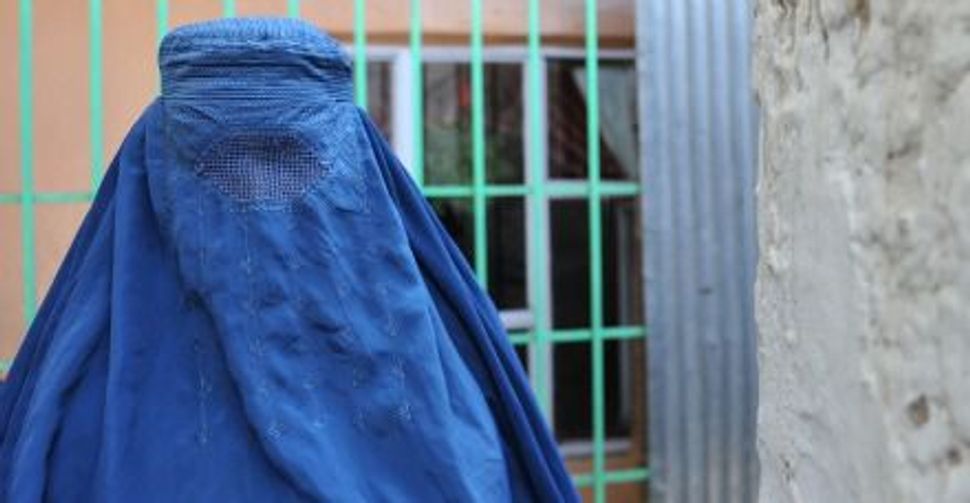 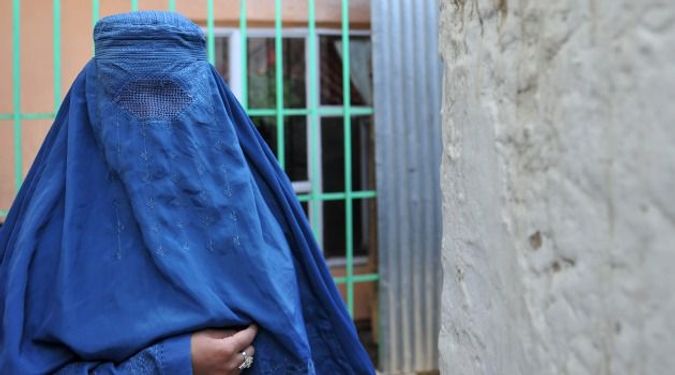 Fundamentalism Rising: Lenore Skenazy indentifies three theories as to why religious fundamentalism aims to keep women covered up, from Israel to Iran. Image by getty images

Why do fundamentalists always end up wrapping women in shmattes?

I ask because, as we’ve seen in Israel’s Beit Shemesh recently, ultra-uber-Orthodox men have been spitting on less-ultra-but-still-Orthodox girls as young as age 8 for wearing clothes that aren’t “modest” enough. The fact that the girls’ outfits seem very modest to most of us just means that the fundamentalists are seeing something the rest of us don’t. Something sexy. Something scary. Something so shocking that the men scream, “Whores!” and demand that the girls cover themselves more completely.

Which, of course, sounds a lot like the Taliban (not to mention the religious fanatics in Saudi Arabia, Iran, Afghanistan.…). Why, in this age of boob jobs and thongs, are some women forced to wrap up like never before? Ask around, and you hear a lot of theories.

Theory No. 1 involves power. “Basically, demanding that women dress more and more modestly is a form of bullying,” said Constance Talmadge, Dallas-based author of the “Green Stone of Healing” series of novels, about an evil theocracy. “Society still has ambivalent feelings about women’s roles, so it’s a great place to start making demands.” If and when those demands are met, she says, the leaders feel emboldened to impose some more, because now they have a “track record” of success.

While men in many religious sects are often required to dress a certain way, too — think of the Amish with their beards, or Hasidic men wearing sidelocks — women’s dress is bound up with their sexual appeal, which brings us to Theory No. 2 of burka-dom: Guilt. Religious male guilt.

Many religious guys feel guilty when their bodies react to women in a way they think is not only unspiritual, but also sinful. There are two ways to remedy this. One is just to feel less guilty, which is what most psychologists, sex ed teachers and anyone who lived through the 1960s recommends: a modern-day shrug. The other remedy, California author and artist Nancy Hand explained, “is to remove the temptation that prompted the natural but unwanted reaction.” Hide away the women, or at least cover them up.

Alas, for the distraught males — and ever-more-hidden females — that doesn’t work. “Men who grow up seeing women all wrapped up learn to ‘see’ the body through the wrappings,” Hand said “So they will still react to a woman, and that will result in ever more calls to hide temptation.” This leads to a sort of modesty arms race.

Fraidy Reiss, founder of the not-for-profit organization Unchained at Last, which helps women leave arranged marriages, watched that modesty race escalate as she was growing up an Orthodox Jew. Her mom was allowed to wear ankle socks until about age 12, Reiss says. By the time Reiss herself came along, girls were expected to switch to leg-covering tights at age 3. And today, in the New Jersey Orthodox community Reiss eventually abandoned, girls wear tights starting at, she said, “basically age 2. What scares me is men making rules about these little girls, because what does it show you that they’re thinking? Would you trust this rabbi around your daughter if he thought your 2-year-old’s legs were too sexy to be around? Would you trust him to baby-sit?”

“For the majority of history except the last 200 years, culture changed very slowly. You didn’t have much to react to,” said Don Nations, a United Methodist minister and adjunct professor at Argosy University, in Florida. You dressed and ate and prayed the same way as the people around you. Your religious life and your day-to-day life were not separate.

Then came the Enlightenment, and everything fractured. There were new religious denominations, new human rights, new scientific explanations. Gender roles changed. Secular life became possible. And pretty soon, life had become a smorgasbord of options — liberating but, to some, unsettling. How could they know exactly how to live anymore? They had to separate from modernity itself. That’s what fundamentalism does.

To make this separation clear and complete, fundamentalists flamboyantly reject the things that are most obviously modern, like women’s rights — and especially women’s fashion. “One of the symbols of the Enlightenment is the liberation of women, so that would be one area where you’d really signal to the mainstream that you were dissenting,” said Eric Kaufmann, a professor of politics at the University of London and the author of the 2011 book “Shall the Religious Inherit the Earth?” “It’s not the only way — there’s also a men’s dress code,” he added. But by aiming for women’s clothing along with their rights, fundamentalists get a twofer.

Why reject the clothing that seems already modest, like the little Beit Shemesh schoolgirls’ outfits? Because fundamentalists believe that anyone who has made any concession to modernity (even teaching girls!) is on the slippery slope toward secularism. When a traditional religious group tries to make peace with the surrounding society, it is more threatening to fundamentalists than, say, a Reform Jew eating a BLT, because it is someone just like them starting to “stray.” The fundamentalists must draw a line in the sand.

So they spit and swear.

“It’s designed in some ways to get other people’s backs up,” Kaufmann said. “It’s what’s called ‘creating tension’ with the surrounding society.” The “us vs. them” mentality reinvigorates the fundamentalists. And, confoundingly enough, the more we react, the more resolved they become: They must be doing something right if the fallen world sees them as wrong.

Considering that fundamentalists are motivated by power, shame and/or the deep desire to be different from even the most orthodox of others, the way to defeat them isn’t clear. I’d love to hear some ideas, because the one thing that is clear is that defeat them we must.

Lenore Skenazy is a public speaker, the author of the book “Free-Range Kids” (Wiley, 2010) and the founder of a blog of the same name.