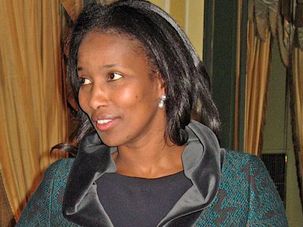 Hirsi Ali compared the Islamic face-veil, or burqa, to a swastika and a flag for the Islamic state in comments to Australian television. 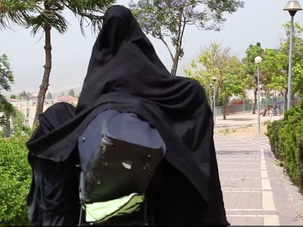 Introducing the Frumqa — Jewish Women Under the Burqa

The daughter of Shas’s spiritual leader said she fears that Israeli women will soon have to veil their faces. But in the town of Beit Shemesh, where a sect of Haredi women wear ‘frumkas’ — Jewish burqas — that fear is already a reality. 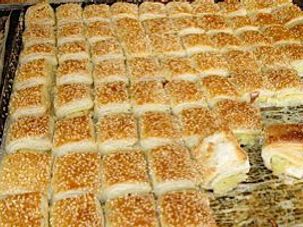 Lovers of bourekas, one of Israel’s national foods, had better brush up on their geometry. The Chief Rabbinate has issued new guidelines on the shapes of the pastry pockets — and no, we’re not kidding. 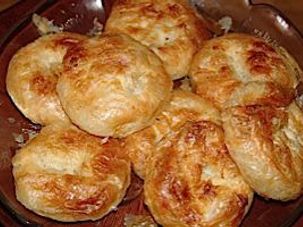 A Bubbe's Bourekas To Die For 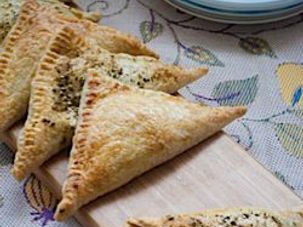 While blintzes and cheesecake are the stars of Ashkenazi celebrations of Shavuot, bourekas (flaky, stuffed pastries) figure prominently in Sephardic traditions. They can feature any number of fillings, and in Israel they are commonly found stuffed with mushrooms, potatoes, spinach, or tuna fish. Cheese is another favorite filling, and one that is perfect for the dairy-infused holiday of Shavuot. 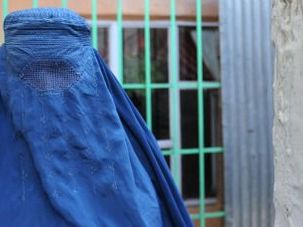 Uber-Orthodox men have been spitting on less-ultra-Orthodox girls as young as age 8. Sounds a lot like the Taliban, Lenore Skenazy writes.

Bucking Tradition in a Bikini

For Huda Naccache, Israel’s 2011 representative in the Miss Earth beauty pageant, wearing a bikini is important for career advancement. 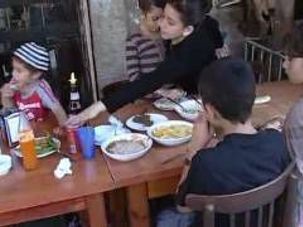 www.israel.org Food for thought on Israel’s streets Street food is enjoying a revival around the world … and the Israeli street is packed with mouth-watering morsels. If you enjoy food, then in Israel you don’t have to splash out on expensive restaurants, instead you can enjoy one of the many inexpensive eateries that line the streets of the country’s cities and towns. Fresh, authentic and quintessentially Mideast fare is on offer — from falafel, deep-fried balls of mashed chickpeas, fava beans and herbs; to shwarma, slices of turkey, chicken or lamb shaved off a huge slab of meat rotating on a big spit; or hummus, a spread made of crushed chickpeas, tehini sauce, lemon, olive oil, salt and garlic. For the connoisseurs, there’s also sabich, a sandwich made of fried eggplant, hard-boiled egg, salad and a mango pickle; shakshuka, a pan-fried casserole of poached eggs and spicy tomato sauce; or bourekas, pastry dough stuffed with mushrooms, mashed potato, spinach or cheese. In an age when fast food has become synonymous with junk food, Israel’s street food vendors are proving that fast food doesn’t have to be tasteless or unhealthy. Visit the MFA’s Social Media Channels Facebook - www.facebook.com www.facebook.com Twitter - www.twitter.com www.twitter.com Please credit the MFA for any use of this video. 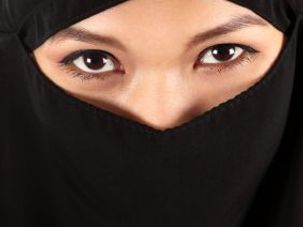 The burqa ban went into effect in France this week, and feminists are torn about what this means for women, religion and freedom.

A Hecksher for Fashion — and an Exposé on Jews in Burqas

Just when you thought the policing of Haredi women’s appearance couldn’t get more extreme — it does. According to Ynet, a kosher certificate for women’s fashions now exists. An ultra-Orthodox body called “the Committee for the Sanctity of the Camp” has begun supervising clothing stores offering such heckshers in the ultra-Orthodox Jerusalem neighborhoods of Mea Shearim and Geula.