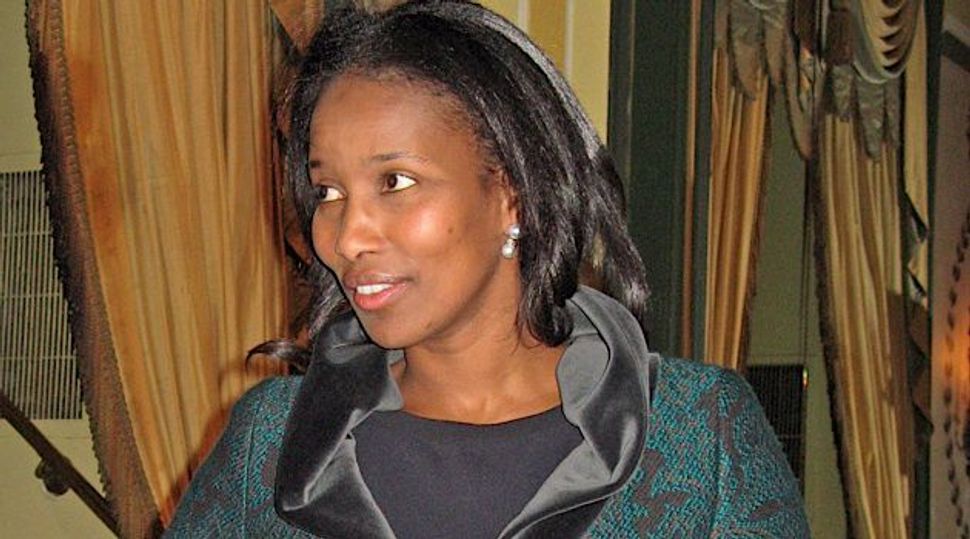 Ayaan Hirsi Ali, the prominent critic of Islam and women’s rights activist, likened the burqa to a swastika and an Islamic state flag in an interview with Australian television, after she canceled a visit to the country due to security concerns.

“The burka that covers the face and that is really very much in your face, the kind of thing that stands out in the mall, that is just like the ISIS flag,” she told Australia’s Channel 7 News on Tuesday.

“These woman are coming out and declaring their political ideology and where they stand… it’s like wearing a very big swastika,” she added.

Hirsi Ali, an ex-Muslim who suffered female genital mutilation as a child in Somalia, has a controversial record of statements about Islam. She has said that the West is at “at war with Islam,” a fight in which it’s necessary to “crush your enemy.”

Her outspokenness has led to occasional security threats and three years ago spurred Brandeis University to disinvite her from giving a commencement speech there. She is a senior fellow at the Harvard Kennedy School’s Center for International Affairs.