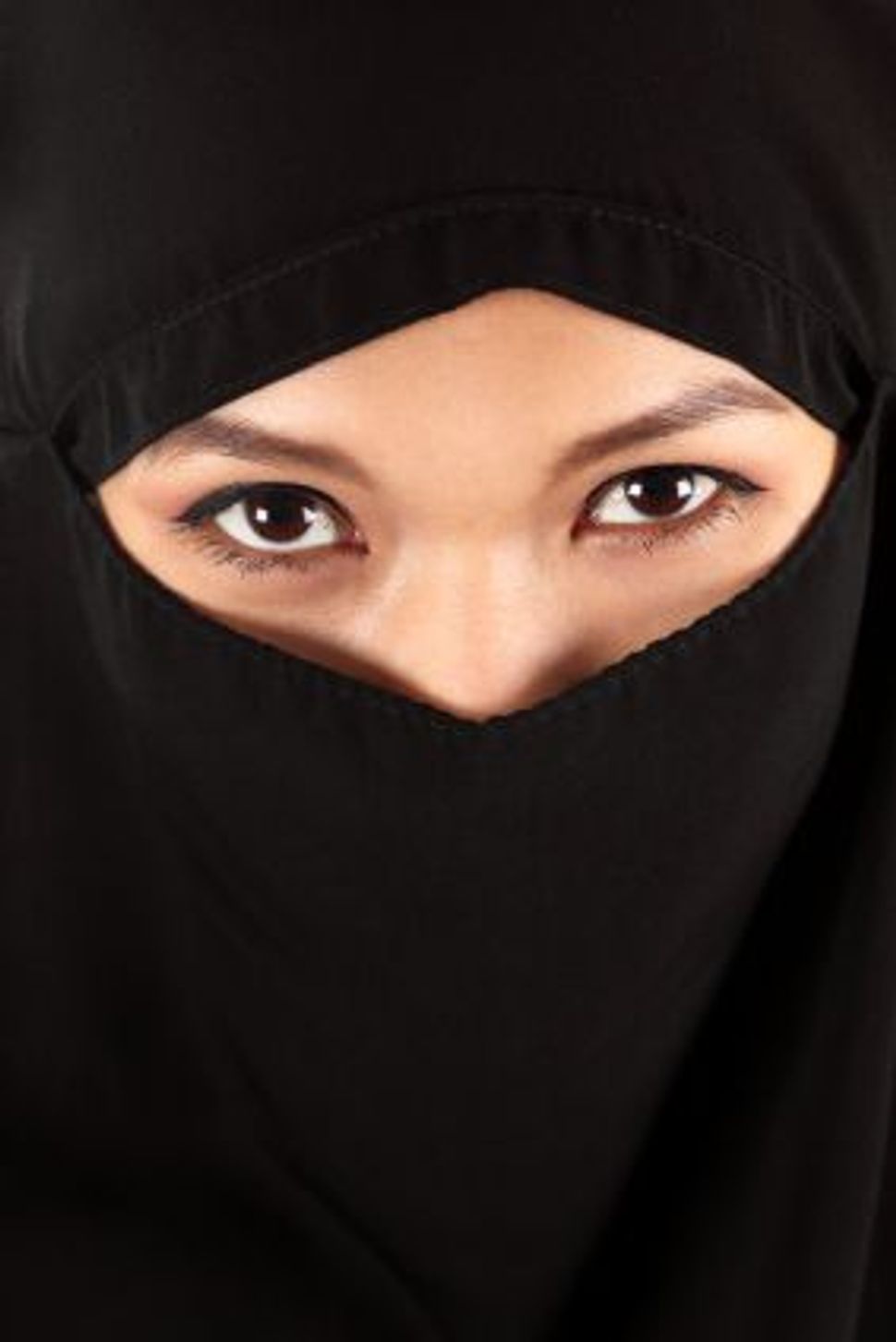 The burqa ban went into effect in France this week, and feminists are torn about what this means for women, religion and freedom.

On one hand is the oppressiveness of enforced, excessive female body cover in the name of religion. Islamic custom, not unlike Jewish custom, has historically placed supreme emphasis on covering the female body as a sign of piety. Whether or not layers upon layers of fabric bring about closeness to God is less of an issue than the extreme gender disparities involved. The picture of Muslim couples walking down the street in the Middle East heat, for example, in which the men are wearing whatever they please — jeans, shorts, tank-tops, flip-flops, whatever — while the women with them are in long black robes (often walking paces behind), is a living, visceral illustration of absolute gender discrimination. Add to this the fact that men are making all the rules, and female powerlessness becomes readily apparent. And add to all this the underlying rationales, which are filled with rhetoric of wife-ownership, distrust of women and outright misogyny, and it becomes abundantly clear why the burqa and all other Muslim customs of women’s body cover are bad for women.

As Islam scholar and pundit Mona Eltahawy said, “I …detest the niqab and I detest the face veil. And I say this as a Muslim woman. I think that it represents an ideology that does not believe in Muslim women’s rights to do anything but choose to cover her face…. I believe that the niqab dangerously equates piety with the disappearance of women and so I support banning it everywhere…It’s not in the Koran, it’s not an obligation for a Muslim woman to cover her face, and….I believe that the human face is central to communication.”

On the other hand, even agreeing with Eltahawy, the question is, does the government of France have the right or obligation to put this idea into law? On first glance, the burqa law seems to pit freedom of religion against protection of women. Presumably, the French law is protecting women from religious oppression, something that democracies are supposed to do. But in practice, when the women themselves become criminals instead of the men oppressing them, the law misses the point.

This week, women who defied the law by wearing a face-covering niqab in public were arrested. The law, rather than providing women with freedom and choice, is punishing women. And ironically, these arrested women are in some ways expressing a freedom and acting in defiance — even if the defiance is against French law instead of religious law. This law, then, ends up forcing women to choose between disobedience at home or disobedience on the street — making them, to an extent, equally as empowered whether they wear the niqab or not. Moreover, it has created a completely twisted situation in which women are out demonstrating for their right to adhere to misogynistic practices, which is not exactly the goal of feminist awakening.

Opponents of the burqa ban include some religious Muslim as well as some non-Muslim feminists. Religious Muslim activist Hebah Ahmed said, “I think that it’s a bad idea because I think it’s yet another example of men telling women how to dress, how to live their life. It’s another way to try to control women. And to take it to a government level and to try to legislate the way that a woman dresses is not just wrong and against human rights, but it really violates the whole basis [of] democracy …This is a free choice.” Some liberal feminists agree with Ahmed, such as feminist scholar Martha Nussbaum who has surprisingly come out against the ban. This bizarre alignment between Muslim fundamentalists and liberal feminists really begs the question, who is looking out for women’s interests.

Moreover, there is something deeply disturbing about the fact that all this is taking place in France. As anthropologist Prof. Tamar El-Or, who specializes in religious women’s culture, argues, it’s as if the French are offended by the burqa because it flies in the face — literally — of French ideals of femininity. It’s not so much about protecting women as it is taking back ownership of the female body — French and Muslim men fighting over correct appearance of their women.

To me, it seems abundantly clear that burqas are oppressive to women. And I take issue with the idea that the ban threatens women’s choice and freedom of religion, because women in certain communities have no more choice about whether to wear the veil than women in Mea Shearim have about whether to wear sleeves. This isn’t about protecting women’s rights but about protecting the rights of men to make absolute determinations about the way the women in their communities must dress. The opponents of the ban are co-opting language of post-modernism and democracy to enable misogynistic practices in the name of religion, and we need to be careful of that. I think that democracies have obligations to protect women from oppression and abuse, and that certain practices — like those that cause harm to people — are not be protected by democracy.

That said, I’m not entirely sure that the ban is the way to go, and it’s looking like the ban is doomed to failure, buttressing Islamic fundamentalism, and placing Muslim women in some very difficult predicaments. If Muslim women are being oppressed, punishing them by law and making it hard for them to leave their homes are not the answer. Education, empowerment, intervention, and even education of Muslim men are a much better solution. But secular, liberal non-Muslims cannot do education and empowerment unless they adopt a stance of respect for Islam.

Empowering religious Muslim women in a way that is respectful of their traditions, their needs, and their real lives seems to me the most important — and perhaps most difficult — task ahead.