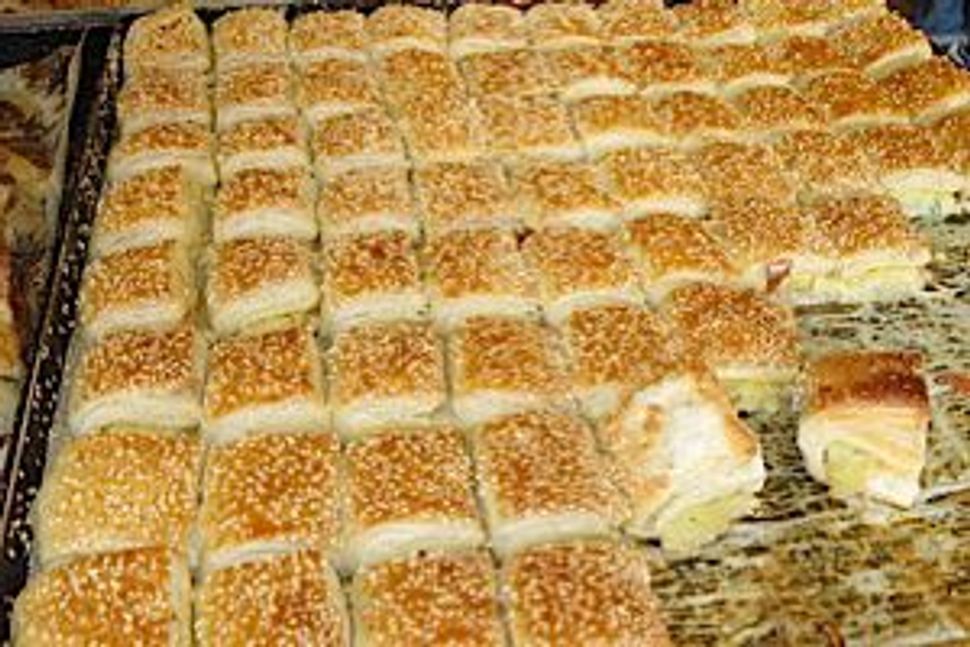 Lovers of bourekas, one of Israel’s national foods, had better brush up on their geometry. The Chief Rabbinate has issued new guidelines on the shapes of the pastry pockets — and no, we’re not kidding.

Until now, consumers have relied on signage by storeowners or package labels to discern among meat, dairy and pareve bourekas, which closely resemble turnovers, only with greasier dough. Now, the kashrut authority is apparently trying to standardize things across the country to keep consumers from accidentally breaking kosher laws.

A letter sent by the Chief Rabbinate to factories and bakeries states that beginning August 7, all kosher-certified dairy bourekas made from puff pastry must be triangular, while non-dairy or pareve ones must be square or rectangular in shape. Oh, and, there are different rules for bourekas encased in phyllo dough. These ones must be triangular or spiral shaped if they are non-dairy, and round or cigar shaped if they contain dairy. It’s all enough to give grown adults scary middle school math exam flashbacks.

In addition, there is an entire set of guidelines for croissants and croissant-type pastries, including rugelach. These must be crescent shaped if they are dairy, and rectangular if they are pareve.

Ziv Maor, the Rabbinate’s spokesman, said these new guidelines were necessary because of confusion caused by a proliferation of new and creative boureka fillings (like tuna, smoked salmon, pizza flavor, stewed eggplant, and apple-honey) which are not obvious from simply looking at the outside of a pastry. “I can’t tell if [the boureka] is dairy or pareve just by looking at it,” Maor told Israeli news outlet Walla. Unlike other products, when it comes to puff pastry, “only by taking a bite or opening it can you find out if it’s dairy.”

Maor emphasized that the mandatory shapes were determined together with the heads of major bakeries so as to minimize disruptions to production.

But, not everyone is as sure that the new guidelines will be easy to put into effect. “In reality, this will never fly,” said Oser Ne’eman, owner of a large chain of Ne’eman bakery cafes throughout Israel. Ne’eman, who says he was not among those consulted by the Rabbinate, told NPR that these changes would be costly, since imported boureka machines cost hundreds of thousands of dollars. He plans on sticking to clear signage and forgoing kashrut certification if necessary.

Neeman understands the kashrut-observant public’s need to be sure about what they are eating, but he thinks this is really shaping up to be about something else. “If [the Rabbinate does] succeed in implementing this regulation, there really is no limit to their power.”

If you would rather make your bourekas, try this recipe for spinach and cheese filled ones.