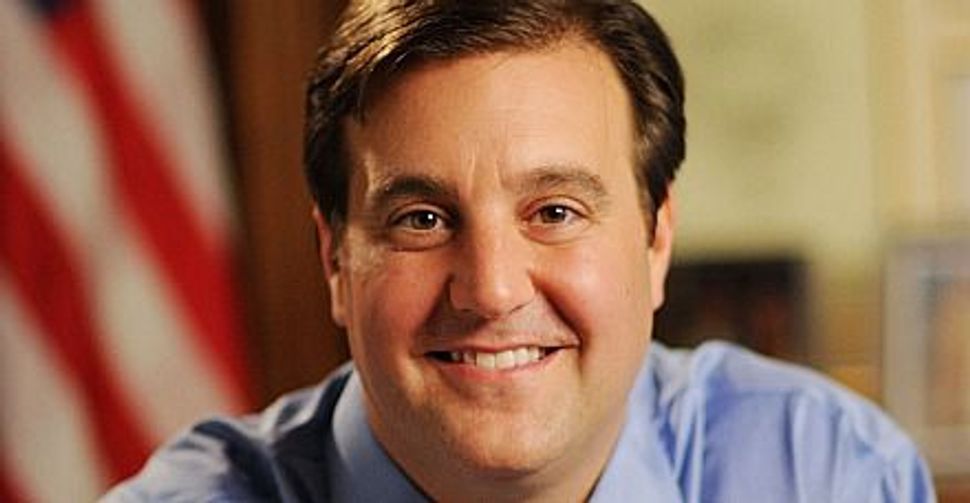 Image by courtesy of adam hasner 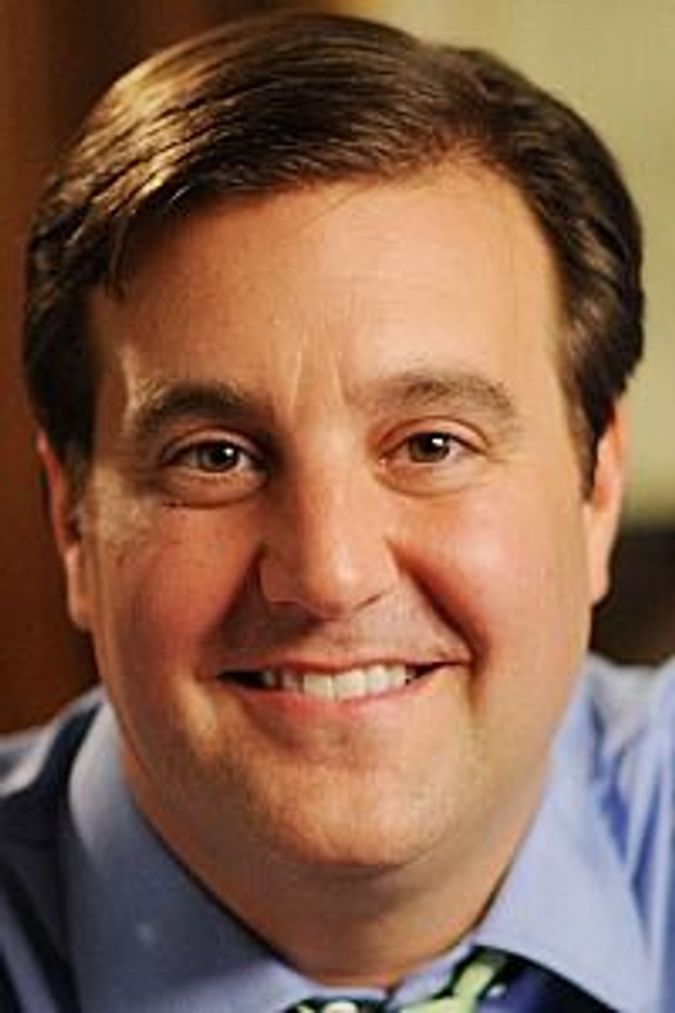 The U.S. Senate hopeful from Florida is riding a fast-growing wave of Jewish influence in the Republican Party, which hopes to dramatically expand its electoral support among Jews nationwide, particularly in Florida.

“I represent an emerging group of leaders within the Jewish community who are conservatives, not just fiscal conservatives but social conservatives as well,” Hasner said, sitting outside a Panera Bread restaurant in a shopping center near his campaign headquarters in Boca Raton.

Read Josh Nathan-Kazis’s report on the state of the Jewish vote in Florida’s Republican primary, and why Democrats care, too.

Hasner’s campaign for the Republican nomination to face off with U.S. Senator Bill Nelson matches an appeal to a conservative GOP base with deep ties to Jewish Republican donors around the country.

Hasner argues that there is a growing ideological overlap between the conservative Republican base and Jewish voters, particularly on foreign policy. Though some Tea Party-affiliated Republicans have called for less federal spending on foreign aid, Hasner said most back a strong U.S.-Israel relationship.

“There is a strong sentiment within the Tea Party that favors a stronger America on the global stage, and with that comes a strong alliance with the State of Israel,” Hasner said.

A self-described lifelong Republican, Hasner was born in Sheepshead Bay, Brooklyn. He attends a Chabad synagogue.

Hasner opposes abortion and gay marriage, and he has positioned himself to the right of the Republican opponents he will face in an August 14 primary.

But though he speaks at Tea Party events, he also maintains close ties with the Republican Jewish Coalition, a mainstream national organization. His wife, Jillian, a political consultant, is a former executive director of the organization’s Florida branch. And Hasner was Florida chairman for Jewish outreach for both the 2004 Bush campaign and the 2008 McCain campaign.

Hasner has portrayed himself as an opponent of what he calls the threat posed by Islamic law, an issue popular with some right-wing Jews and conservative Republicans. “My concern is both as a Jew and as an American who believes in the foundational Judeo-Christian values, that we need to fight for the survival of Western civilization, and Sharia is not compatible with Western civilization,” Hasner told the Forward.

Hasner’s conservative Republican support and his Jewish support have each bolstered his campaign in different ways. His RJC ties have taken him on fundraising trips to Pennsylvania, New York, Minnesota and California. Meanwhile, his support from the conservative base helped him win a straw poll at a CPAC Florida convention in September, a local gathering of conservatives, that was a high point of his campaign so far.

For a few months this fall, it looked as if Hasner had a serious shot at being Florida Republicans’ choice to take on Nelson in November. But observers say those hopes grew slim in November. In the words of one Republican elected official in Florida, that’s when Hasner “got hit by the Mack truck.”

That’s Mack as in Rep. Connie Mack IV, son of the former Florida senator and great-grandson of the Philadelphia baseball legend, still fondly remembered by at least one Jewish south Florida retirement community resident as the last guy to wear a suit in the dugout.

Mack’s name recognition and political ties immediately upended the field. Hasner now barely registers in Florida polls, clocking in at 3% to Mack’s 40%. And though he has raised more money than Mack, one insider says that Hasner is on the brink of losing the support of some Florida fundraisers who had previously committed to him.

Hasner announced his Senate run in April, a month after Mack had insisted that he wasn’t interested in the seat. In July, apparent frontrunner Mike Haridopolos, a member of the Florida state senate, dropped out of the race.

Hasner’s remaining key opponent was George LeMieux, the onetime chief of staff to former Florida governor Charlie Crist who served 18 months as Crist’s appointee to the U.S. Senate following the resignation of Mel Martinez. The relationship to Crist is a serious liability for LeMieux in the eyes of conservative Republicans. Crist ran as an independent in a 2010 Senate race, after losing to conservative upstart Marco Rubio in the primary, infuriating party members. Rubio eventually won the seat.

Hasner has made much of his opponent’s ties to the former governor. A bumper sticker offered by the campaign reads, “LeMieux: It’s French for Crist” over a background that suggests the French tricolore.

Palm Beach County Republican Party chairman Sid Dinerstein said that the attacks over LeMieux’s relationship with Crist are irrelevant to Republican voters. “Nobody cares,” Dinerstein said. “The electorate doesn’t even know what you’re talking about.”

Hasner had raised $1.1 million as of September 30, the latest federal filing deadline.

But attracted, perhaps, by a thinned and vulnerable field, Mack jumped into the race in November. His fundraising efforts are catching up. His campaign announced on January 12 that it had raised $758,000 in the final quarter of 2011.

Mack is not without his own baggage. The former restaurant event planner divorced his wife in 2006, after serving in the House of Representatives for one year, to marry California congresswoman Mary Bono Mack, Sonny Bono’s widow.

Jewish Democrats paint Hasner as inconsistent, and even some Republicans suggest he has shifted way to the right over the course of the campaign.

“Adam Hasner is a political opportunist,” said Florida congresswoman and Democratic National Committee chair Debbie Wasserman-Schultz. “He’s dramatically out of step with the values and the priorities of the Jewish community and always has been.”

Meanwhile, Democrats also question the vulnerability of Nelson, who won his seat after Connie Mack III’s retirement in 2001. Michael Adler, immediate past chairman of the National Jewish Democratic Council, who hosted a fundraiser for Nelson in the spring at his home with President Obama, suggested that Nelson will benefit from the Obama campaign’s voter turnout efforts in Florida.

Hasner says he’s not worried. “I’ve learned in this race something I knew when I became a candidate nine months ago, that running against the establishment in the Republican Party is not easy.”

Voters are not yet focused on the Senate primary. When they are, he believes he will gain support.

“Not only will I stand up to Democrats, but I’ll stand up to Republicans who act like them,” Hasner said.