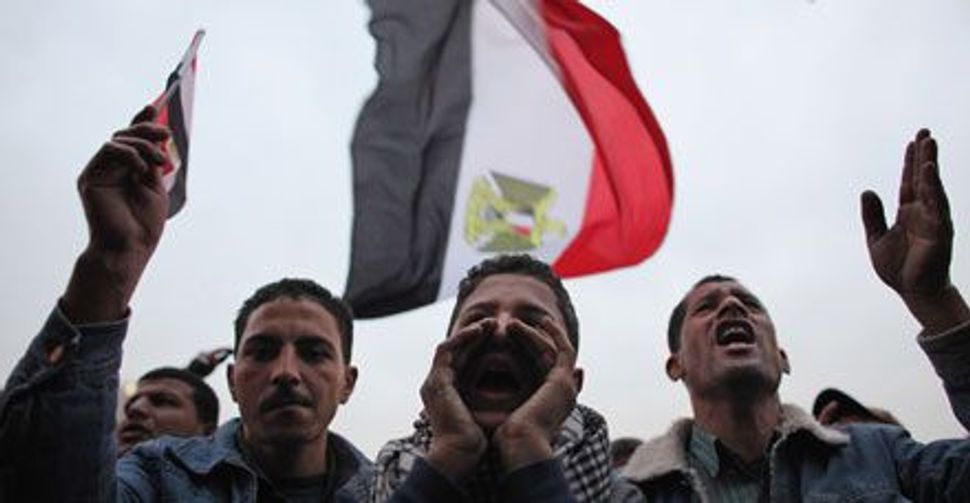 In this week’s podcast, host Josh Nathan-Kazis is joined by political science professor Nathan Brown, who recently wrote for the Forward about the Muslim Brotherhood, which has emerged as the dominant political force in Egypt after its first democratic elections. Then, opinion editor Gal Beckerman explains his [recent blog post][1] about Newt Gingrich’s repeated references to Jewish community organizer Saul Alinsky and Gingrich’s prospects going into the Florida primary.