Raised Christian, But Jewish by Birth 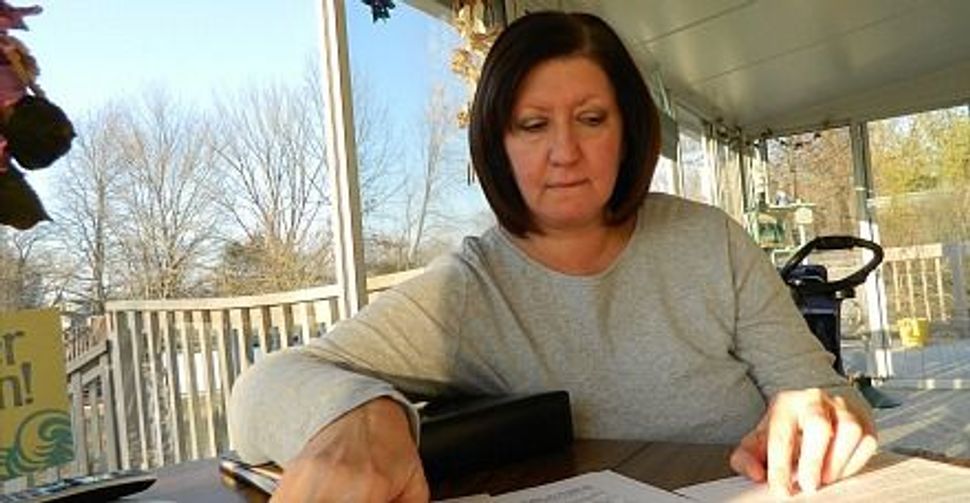 Image by courtesy of joann devita 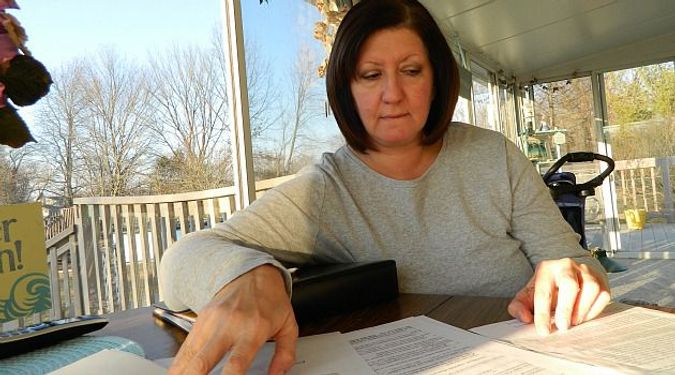 Finding the Truth: Joann DeVita was raised Catholic. She was surprised when a DNA test revealed her Jewish roots. Image by courtesy of joann devita

Elisabeth Tinkham, 41, was raised as a Protestant by her adoptive parents, but always felt a connection to Judaism.

Her most vivid childhood memory of the United Church of Christ involves a Passover Seder, which a rabbi demonstrated for the congregation.

“I really liked the symbolism of the foods,” she said. “And when the rabbi opened the door for Elijah, I knew in my little heart that he would walk in. I was opening doors for days.”

Two years ago, Tinkham discovered the roots of that connection.

Like many adoptees, Tinkham decided to look into her birth family history for possible medical issues. She contacted the agency that handled her adoption and learned there was a letter from her birth mother. (Adoption agencies often will not share letters from birth parents until the adoptee requests to see their file.) 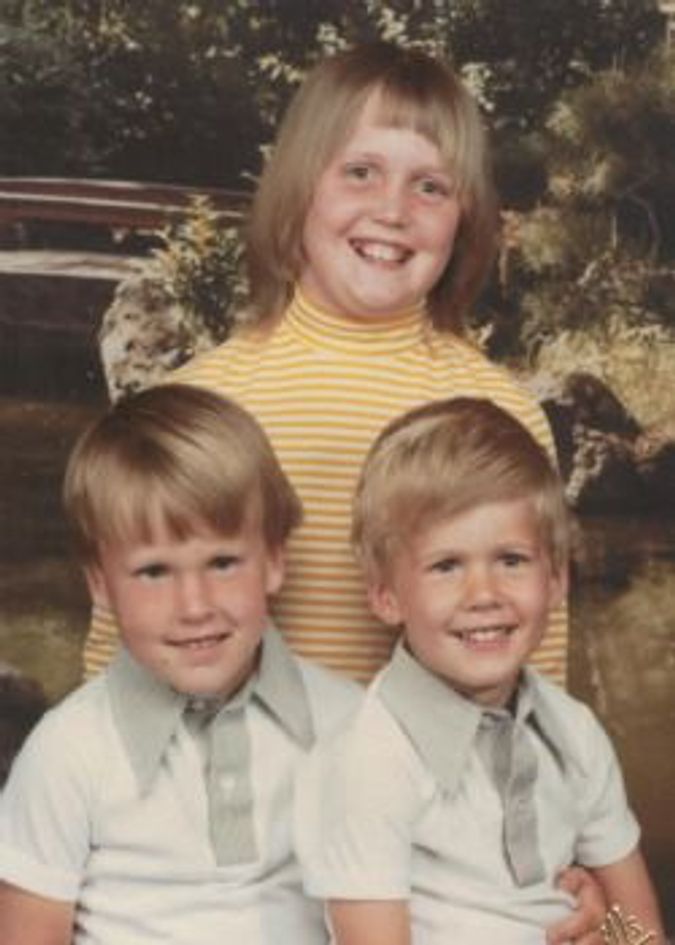 “She wanted to tell me that she thought about me and she was sorry for leaving me,” Tinkham said. “She had a lot of guilt about abandoning me.”

Tinkham’s birth mother did not want to be contacted. So the adoption agency had redacted much of the letter to protect her privacy. But reading between the lines, Tinkham made a startling discovery.

“She wrote that she had been under the wedding canopy, and she left the ‘o’ out of ‘God,’” Tinkham said. “I realized that she must be Jewish. And if she’s Jewish, then I’m Jewish.”

Deeply curious about her origins, Tinkham wrangled a meeting. Her hunch was confirmed: Tinkham’s birth mother was raised as a Hasidic Jew in Brooklyn. Pregnant at age 16, she fled her community. “She left in the middle of the night,” Tinkham explained. “She had me and gave me up. She married a Conservative Jew.”

Tinkham equates learning that she was Jewish to “spending an hour looking for your glasses and realizing they’re on top of your head. The biggest feeling was ‘I knew that, but I didn’t know that.’”

Now, she keeps kosher and spends the Sabbath studying Hebrew. But Tinkham lives in a small Pennsylvania city with no synagogues. She may move to nearby Baltimore to be a part of its Jewish community.

Tinkham is enthusiastic about Judaism. But the transition has been difficult. “I’m looking to find where I fit in terms of my hashkafah, my perspective,” she said. “For example, I really like keeping the Sabbath, but I’m also thinking, ‘I can’t turn on the light? Really?’

“It’s a little bit like falling in love. You have your first fight and figure out how it fits in long-term. But I know I’m a lot happier now. There’s this empty thing that’s been filled.”

Doorways to the past

Changes in laws and regulations surrounding adoption records, and advances in DNA testing, make it easier for people born as Jews but adopted into another faith to discover their identities.

Cultural attitudes toward adoption are changing, as well. Adam Pertman is the author of “Adoption Nation” and executive director of the Evan B. Donaldson Adoption Institute, a not-for-profit organization devoted to improving adoption policy and practice. He said there used to be more of a stigma attached to adoption and out-of-wedlock pregnancies.

“The issue was highly sensitive and filled with shame for Jews, just like it was for any other population of Americans,” he said. “My understanding is that many, if not most, Jewish babies were deliberately placed in Jewish homes. But exactly how it happened was usually a secret. We know very little about the phenomenon.”

Today, technology can help fill in some of the blanks. Many adoptees now learn of their Jewish ancestry through companies that combine DNA testing with genealogical research.

One such company is 23andMe. People mail in a saliva sample, and technicians analyze the DNA. 23 and Me then provides information about ancestry and health proclivities, such as disease risks or potential drug allergies. With the website’s database of 125,000 individuals, clients also have a chance of finding relatives through a service called Relative Finder.

Genetic testing can’t prove that someone’s mother or grandmother was Jewish. But by matching shared bits of genetic information between individuals and populations, services like 23 and Me can reveal Jewish relatives and Jewish ancestry.

Joann DeVita, of Hamilton, N.J., always believed that her birth parents, like her adoptive parents, were Catholic. But when she got her results from 23 and Me, she learned that “my DNA says I’m Jewish. Almost everything that turned up said that I was Ashkenazi.”

DeVita has no plans to practice Judaism, but the news was a pleasant surprise. “It wasn’t like, ‘Oh my God, I’m Jewish,’” she said. “I felt validated. I grew up in Queens, and my Jewish neighbors fascinated me. I loved to hear them say Jewish words; I loved the food they ate. Now, the way I felt kind of made sense to me.”

Dorothy Conley, a retiree from Virginia Beach, was raised Lutheran. According to her adoption papers, her birth mother also was Lutheran and her father Catholic. But her results from genetic testing company Family Tree DNA indicated that she was “50% to 75% Jewish.”

“I was really very surprised,” Conley said. Still, the revelation didn’t change how she felt about herself. “I am proud to tell people that it looks like I might be Jewish. But I wasn’t really questioning my identity. I searched more out of curiosity. I just wanted to know the truth.”

Discovering a Jewish heritage does not often explain why it was concealed in the first place. This mystery can complicate a person’s feelings when learning the truth about his or her past. Did these birth parents conceal their identities? Or were they, too, perhaps unaware of them? Many adoptees will never know.

Due to privacy laws, DeVita is able only to get non-identifying information about her birth parents. Conley’s birth mother wants no contact. Sometimes one discovery leads to more secrets.

Ronny Diamond, a therapist who specializes in adoption issues, does have an idea why a Jewish background might have been concealed. In previous generations, many agencies considered Jewish babies less desirable to potential adopters. “Unless it was a specifically Jewish adoption agency, the agency might minimize Jewish heritage, due to prejudice against Jews,” she said. “Just as mental illness could be left out.”

Diamond said that when an adoptee discovers Jewish roots, the psychological impact can be emotional, but not necessarily overwhelming. “It depends on the temperament of the individual,” she said. “If you’re a glass-is-half-empty person, finding out something that you didn’t know is disconcerting. But it doesn’t have to be earth-shaking.”

In some cases, the discovery can create difficulties. “It depends on whether they were raised within a churchgoing family,” Diamond said. “When religion has a significant meaning, it feels much more like a betrayal or conflict. Or if someone has some prejudices, anti-Semitism that they feel or have acted on, that really can be an issue for one’s conscience.”

Diamond said it is impossible to generalize about how a person will react. “All the information you learn as an adoptee challenges your sense of yourself, and religion is just one additional category.”

Barbara Kessel, author of “Suddenly Jewish: Jews Raised As Gentiles Discover Their Jewish Roots,” agrees. “What I think I found in my research is that people who had a strong sense of identity going into the search were not quite as rocked. The other thing is that their reaction might depend on how they felt about Jewishness. If it’s no big deal to you, it won’t really change the sense of self.”

Those who discover an unknown Jewish past still gain, Kessel said, no matter how they may react. “People have a thirst to know who they are. They are hungry to know their authentic identity.”

Raised Christian, But Jewish by Birth