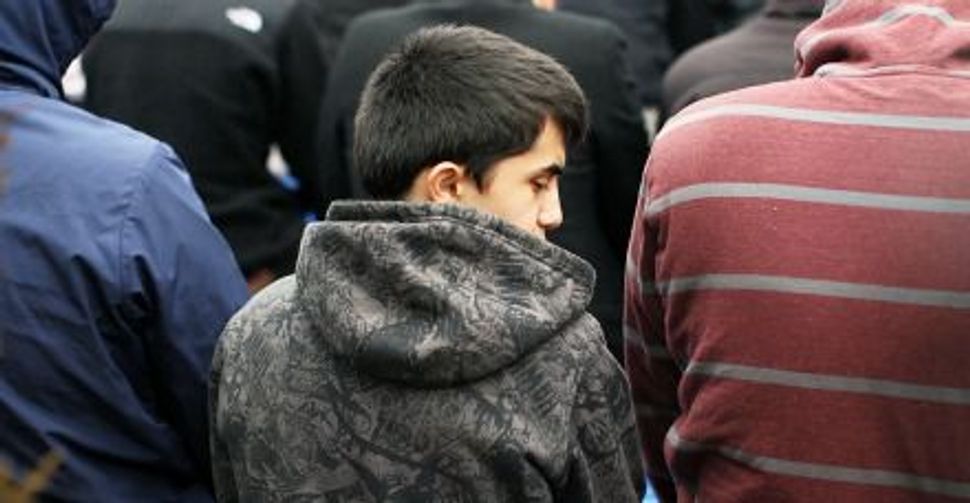 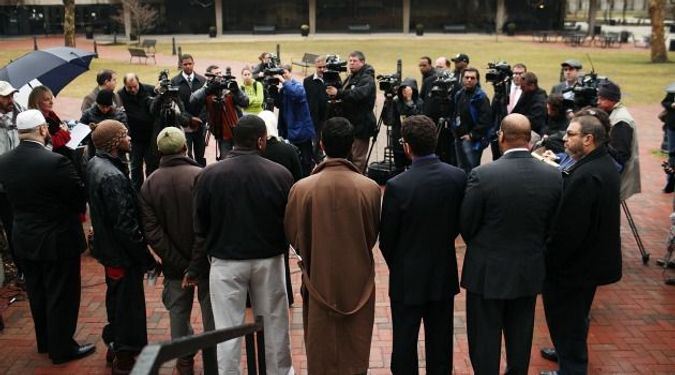 NYPD Anger: Jewish students are speaking out in support of Muslim students targeted for surveillance by New York police. Image by getty images

Student groups at several targeted colleges said they stepped up to defend their classmates in the face of surveillance that tramples on the rights of all students.

“The idea of religious students from any religion being surveilled I think was offensive to the [Jewish] students,” said Rabbi Mike Uram, Hillel director at the University of Pennsylvania.

In a sign of a possible generational divide, most Jewish communal leaders, even some who work in coalitions with Muslim groups, defended the police effort.

The revelations are the latest in a lengthy series published by The Associated Press, starting last summer. The stories, which have already won a prestigious George Polk Award, revealed extensive spying by the NYPD on Muslim communities in and outside New York City.

Mayor Michael Bloomberg and Police Commissioner Ray Kelly both responded to early stories by asserting that the department acted only after getting leads about possible crimes, though the latest stories suggest otherwise.

In reports published in recent weeks, AP revealed that the NYPD had collected intelligence on Muslim student groups at many colleges. It also reported that the department had sent investigators to create files on mosques in New Jersey and Long Island.

Aside from Penn, Muslim student groups were probed at Yale, Columbia, New York, Syracuse and Rutgers. They were also targeted at several campuses of the state and city universities of New York.

Muslim organizations, noting that the institutions and individuals subject to police monitoring and data gathering were suspected of no crimes, have decried the department’s activities as ethnic profiling.

Following the revelation of intelligence gathering on Muslim students at Penn, three elected student leaders at the campus Hillel issued a statement in support of Muslim students at the school. The statement did not explicitly condemn the NYPD’s tactics or name the Muslim Students Association, the student group targeted by the surveillance.

“Given the recent findings of the NYPD’s monitoring of Muslim students, we, as leaders of Hillel and Penn’s Jewish community, stand firmly in solidarity with our brethren,” the Hillel leaders wrote. “We hope that the university will work to further prioritize the security and rights of all religious students.”

One of the statement’s signatories, Alex Jefferson, president of Penn’s Hillel, said that the gesture had already helped build bonds between the communities and that Muslim students and Muslim student leaders had expressed their appreciation.

“There’s a lot of Middle East politics at play on Penn’s campus, and we felt that this was a nice opportunity, absent any politics, to really express solidarity with another religious group and build a nice bridge,” Jefferson said.

At Columbia, Jewish student leaders have participated in public and private meetings with Muslim students and university officials to address the surveillance.

“We want to have a united student response on campus, because it’s an issue for Muslim students today but it could be an issue for a different group of students tomorrow,” said Daniel Bonner, student president of the Columbia/Barnard Hillel.

Bonner added, “We also understand the position that the NYPD is in and want to be as respectful of them as we possibly can.”

In the Columbia Daily Spectator, David Fine, editor of Columbia’s Jewish student journal, the Current, wrote an op-ed condemning the NYPD’s intelligence gathering. “Students should be able to express extreme views without the fear of ending up in a police file or report,” Fine wrote.

At New York University, where police also gathered intelligence on Muslim students, the Jewish community has not released a public statement.

Rabbi Yehuda Sarna, a university chaplain and rabbi of the campus’s Bronfman Center, said that Jewish students and faculty are attending and speaking at public events on the issue. In an email, Sarna said that the community is “showing our support for the Islamic center in our ongoing friendship.”

If true, the revelations mean the NYPD may have systematically violated the rights of Muslims and others, civil rights advocates say. The NYPD’s 1985 Handschu agreement, meant to address abuses in police probes into Black Panthers and other radical groups, broadly prohibited infiltration of political and other groups.

The agreement was significantly loosened after the September 11 terror attacks. But police are still supposed to maintain records of surveillance only if they relate to terrorism or other criminal plots, advocates say. The NYPD insists it acted within the law.

Despite the outcry on campus, most Jewish community leaders have defended the NYPD and the city in the face of the investigation. In an op-ed published in the New York Jewish Week on February 7, before the publication of AP’s most recent stories, three officials at the Jewish Community Relations Council of New York defended the police department.

“Every day, the NYPD Counterterrorism and Intelligence Divisions develop concrete steps to protect New Yorkers,” the officials wrote. “The Jewish community and all New Yorkers are fortunate to have Commissioner Kelly, and his team of consummate professionals, to keep us safe.”

Rabbi Marc Schneier, president of the Foundation for Ethnic Understanding, which works to forge alliances with Muslim groups, was also sympathetic to the city’s position.

Schneier said that Bloomberg’s support for the controversial effort to build an Islamic center in downtown Manhattan should afford him the benefit of the doubt on the surveillance issue.

“It’s just remarkable to me how quickly people forget,” Schneier said. “There was no greater champion of the New York Muslim community, of Muslim Americans in general, during the most heated controversy, than Michael Bloomberg.”

Other Jewish leaders sharply defended the police practices. In a press release, New York State Assemblyman Dov Hikind, a right-wing Jewish Democrat, said he was “outraged” by criticism of the surveillance techniques.

“The NYPD officers are doing their jobs precisely the way New Yorkers expect them to,” Hikind said. “It’s outrageous that some officials are willing to use this issue as a political football. Handcuffing the police would be disastrous.”

Some Jews were caught up in the surveillance activities, possibly because they are immigrants from the Middle East. A 2007 police document included dossiers on kosher butchers in Great Neck, N.Y. The dossiers include the name, address, phone number and picture of the establishment, alongside the owner’s ethnicity. A handful of kosher butchers serving the Iranian-Jewish community in Great Neck were listed. In comments beneath the listings, officials noted the number of Iranian Jews working at each location.