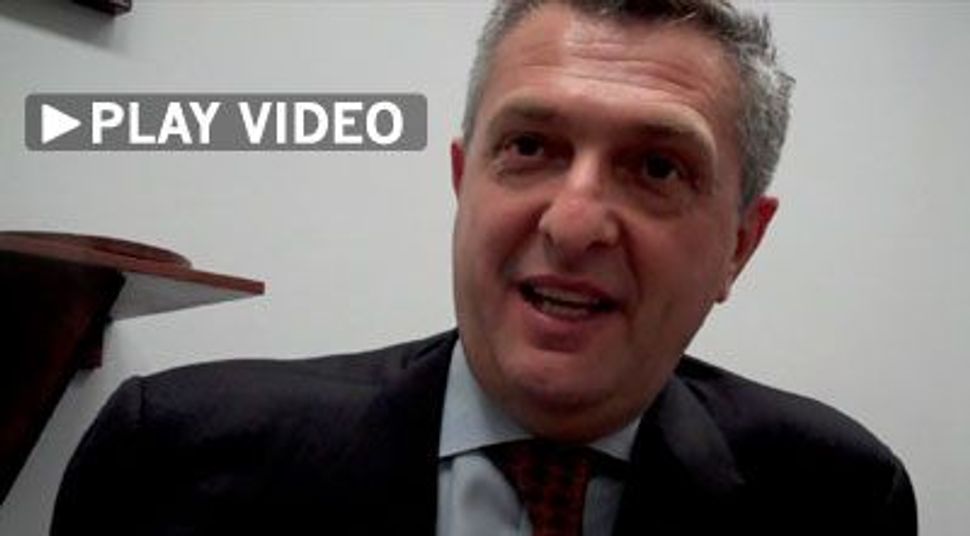 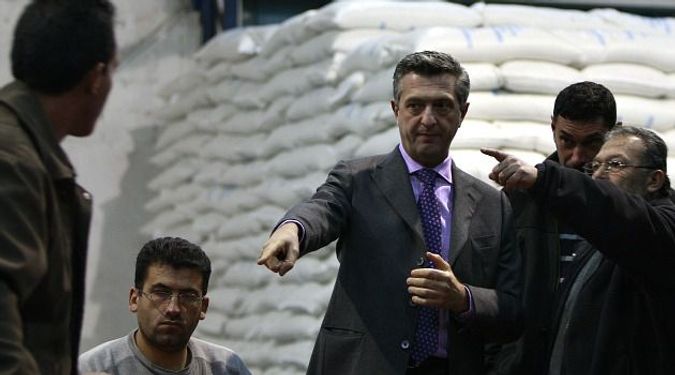 Twice a year Filippo Grandi, Commissioner-General of the United Nations Relief and Works Agency, comes to Washington to make the case for continuing funding for his organization, and the job only gets tougher.

The U.N. agency, which is the primary provider of education, healthcare and housing for Palestinian refugees throughout the Middle East, was never an easy sell on Capitol Hill and UNRWA has been working hard to convince lawmakers and administration officials that the cause is worthy.

“I often feel that there is more understanding for what we do in Israel than in other parts of the world including here in the United States,” he said in a February 29 interview with the Forward.

Grandi, an Italian national who was appointed commissioner-general two years ago, believes that most criticism hurled at UNRWA in America stems from a lack of understanding. For many in the U.S. Congress, the agency is seen as perpetuating the Palestinian refugee problem, not working to solve it.

“I think it is important for all members of Congress to remember that UNRWA fulfils a vital humanitarian mission for a population that is in a suspended status because of politics and it is in the political domain that the issue of refugees has to be resolved,” Grandi said in between meetings on Capitol Hill. “UNRWA is not responsible for that.”

Established in 1949 to help deal with the problem of Palestinian refugees spawned by Israel’s 1948 independence war, UNRWA has since grown substantially and now serves nearly 5 million people in Gaza, the West Bank, Jordan, Syria and Lebanon. With 31,000 employees, UNRWA has more staff than any other U.N. agency. The United States is UNRWA’s biggest single donor, responsible for a quarter of the agency’s $1 billion annual budget.

But while the State Department has expressed its willingness to continue funding the organization, House Republicans have been leading a call to limit the funds. Florida Republican Ileana Ros-Lehtinen, chairwoman of the House Foreign Affairs Committee, introduced legislation last year calling for imposing tight conditions on providing U.S. funds for UNRWA as part of a broader move to reform the United Nations and its agencies.

Before taking over as commissioner-general, Fillipo Grandi served as deputy commissioner for nearly five years. He is acutely aware of the agency’s image problems in the U.S., which was fed by ongoing complaints over the years. Some of critics questioned the need for an agency that serves a growing constituency of second- and third-generation refugees instead of having them absorbed by their host countries. Others point to specific problems that have plagued the organization in the past.

One key issue was the vetting process employed by UNRWA to ensure its employees, who are mostly local Palestinians, are not affiliated with terror organizations such as Hamas.

“What I can come to Congress and say is that we have systems in place that allow us to investigate allegations of violations of U.N. neutrality,” Grandi said, adding that he is pleased with the results. “I think we have dramatically improved our capacity to investigate those claims and to come to conclusions about the validity of those claims.”

The other issue UNRWA has been forced to deal with was the curriculum it uses in its 700 schools. The agency has combed through its textbooks to eliminate anti-Semitic language and narratives preaching hate to Israel. In his recent visit to Washington, Grandi worked on this issue with Hannah Rosenthal, the State Department’s special envoy to monitor and combat anti-Semitism.

A lot of the focus on these issues has come from Jewish and pro-Israeli groups that have been watching UNRWA closely. Grandi makes an effort to reach out to Jewish groups and meets regularly with officials at the American Israel Public Affairs Committee and other groups. He argued that while constructive criticism is welcome, other attacks are “gratuitous” especially when critics go public before verifying the facts. One example is the claim that terrorists used UNRWA ambulances, an argument that has since been refuted by the agency.

Israel has shown some understanding to UNRWA’s role in supporting the well-being of Palestinians in the West Bank and Gaza. But Grandi argued that its blockade of the Gaza Strip is counterproductive. He said Israel’s decision to ease the blockade following the Gaza flotilla incident in 2010 enabled the agency to begin construction of needed schools and homes for the refugees it serves in the region. But in recent months, he said, Israel has toughened its policy again and is cut back in approvals for transfer of building materials to Gaza. The gap is being filled by contributions from Hamas and by goods being smuggled in through tunnels from Egypt.

“It is bad for the people but in a way even more so, it takes credibility away from our effort,” Grandi said, “That’s a strong message that I pass all the time to our Israeli interlocutors and to Congress and the State Department.”