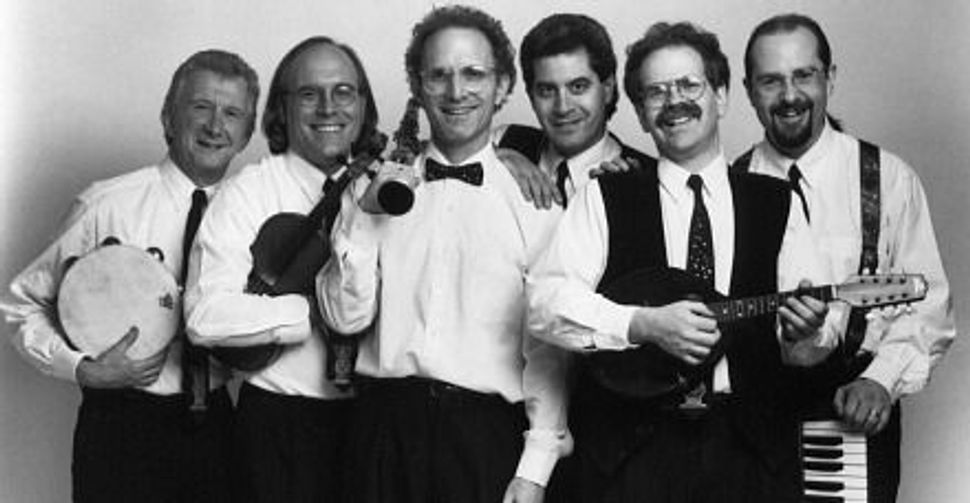 Most people call it The Schvitz. It has photos of Mussolini, Dayan and Patton on the walls. That’s it for decorations.

There are three acceptable responses to “Have you ever been to The Schvitz?” a) I held my stag there. b) I was there with my father. c) My grandfather took me there.

Read all the Forward’s special coverage of Cleveland, including Cleveland Rocks — Not Really, Harvey Pekar’s Ode to Cleveland, Sweating in the Cleveland Schvitz

The Big Five Russian or Turkish-style schvitzes are in New York, Los Angeles, Detroit, Chicago and Cleveland. I got this list from Billy Buckholtz, the pleytse guy at the Cleveland schvitz. Billy’s grandfather was the original pleytse guy. (Pleytse is the rubdown traditionally done with a broom of soaked oak leaves. Buckholtz uses a seaweed broom and horsehair brush.)

In The Schvitz’s heyday, it catered to immigrant factory workers who dropped in after work “to get the creosote off their skin, knock down a few shots and get a pleytse,” Buckholtz said. “The immigrants didn’t want to wait in line with their eight kids for the only bathtub at their house.” Billy told me all this at a Yiddishe Cup gig at an art gallery, not at The Schvitz.

I’m not crazy about steam.

I get periodic Schvitz invitations from the Brothers in Perspiration, an ad-hoc group of Cleveland Heights Jews. The email subject line reads, “Have a serious jones for the stench of sweat, mildew, steak, cigar, garlic?” That sounds good, except for the cigar, sweat, mildew and steam.

Bert Stratton is the leader of Yiddishe Cup, a klezmer band.